WHILE protesters may have failed in their attempts to halt president Trump’s armoured limo, it seems Larry the Downing Street cat was rather more successful.

As prime minister Theresa May hosted Donald Trump inside, Larry took shelter from the rain by ducking under The Beast — the bomb-proof Cadillac which transports the president around London.

With the pussy lurking so close to the wheels — after initially trying to climb inside — the nine-tonne vehicle could not be moved.

However, a potential diplomatic incident was avoided when a Downing Street official eventually managed to retrieve the 12-year-old brown-and-white tabby. 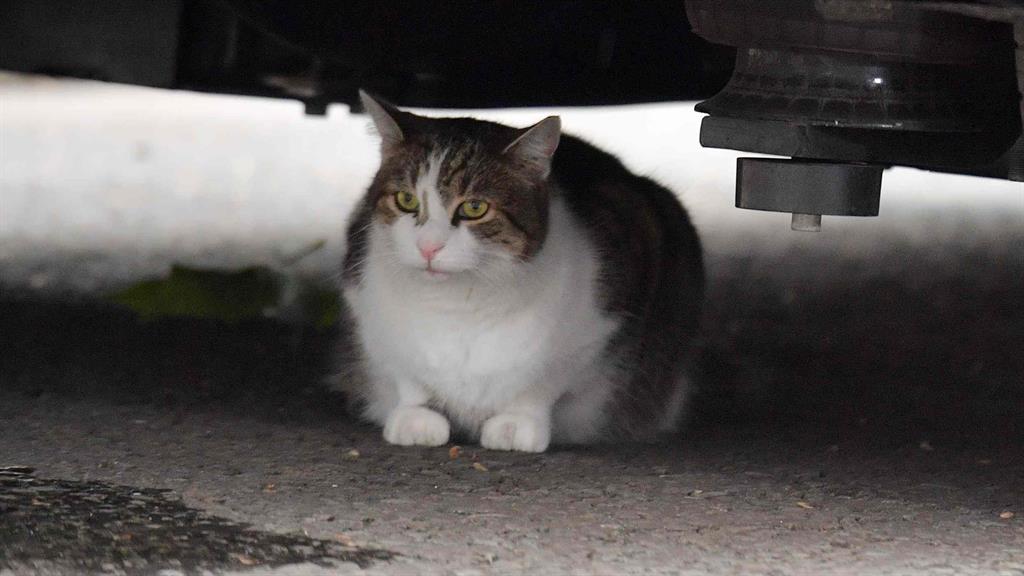 It seems Larry was enjoying being the centre of attention — earlier he was spotted on a windowsill at No.10 while Mrs May, her husband Philip, Mr Trump and his wife Melania posed on the doorstep for photographers.

A parody account dedicated to the mouser tweeted: ‘Nice picture of the Beast. And the president’s car…’