DOM SIBLEY’S maiden Test century and an injection of adrenaline from Ben Stokes primed England for a victory push in Cape Town, but they begin the fifth day with plenty of work left to do.

Although the tourists declared with a towering second-Test lead of 437, they managed to take just two South African wickets in 56 overs, with opener Pieter Malan providing stout resistance thanks to his unbeaten 63, taking up 193 balls.

Earlier 24-year-old Sibley converted his overnight score of 85 into 133 not out, occupying the crease for 311 balls over eight-and-a-half hours.

That laid the platform for a brutal 72 off 47 deliveries from Stokes which accelerated the game, a haul of 173 runs in just 32 overs allowing Joe Root to declare after lunch on 391 for eight.

Play had resumed on 218 for four, Sibley understandably watchful with his milestone in sight while Stokes batted with playful abandon at the scene of his career-best 258 four years ago.

One six went high and hard over Dwaine Pretorius’ head, while Keshav Maharaj was heaved into the stands for another maximum.

Vernon Philander belatedly took the new ball and shipped 12 runs in an over to Stokes — as many as he had conceded in his first 13 overs.

A toe-ended pull off Kagiso Rabada could have ended the fun on 38 but the ball squirmed through Quinton De Kock’s gloves.

Sibley reclaimed centre stage as his big moment neared. A thick edge off Rabada took him to 99 but he got over the line in more stylish fashion, stooping to sweep Maharaj for four.

He welcomed the moment by leaping and punching the air, rare extravagance in an otherwise sober display of old-school batting values.

Stokes (below) roared past 50 in 34 balls but was out when another swipe down the ground was held at long-on to cease Maharaj’s suffering.

Ollie Pope, Jos Buttler and Sam Curran all departed to the cause of quick runs, while Sibley entered into the spirit by nailing Maharaj for his first six in Test cricket. 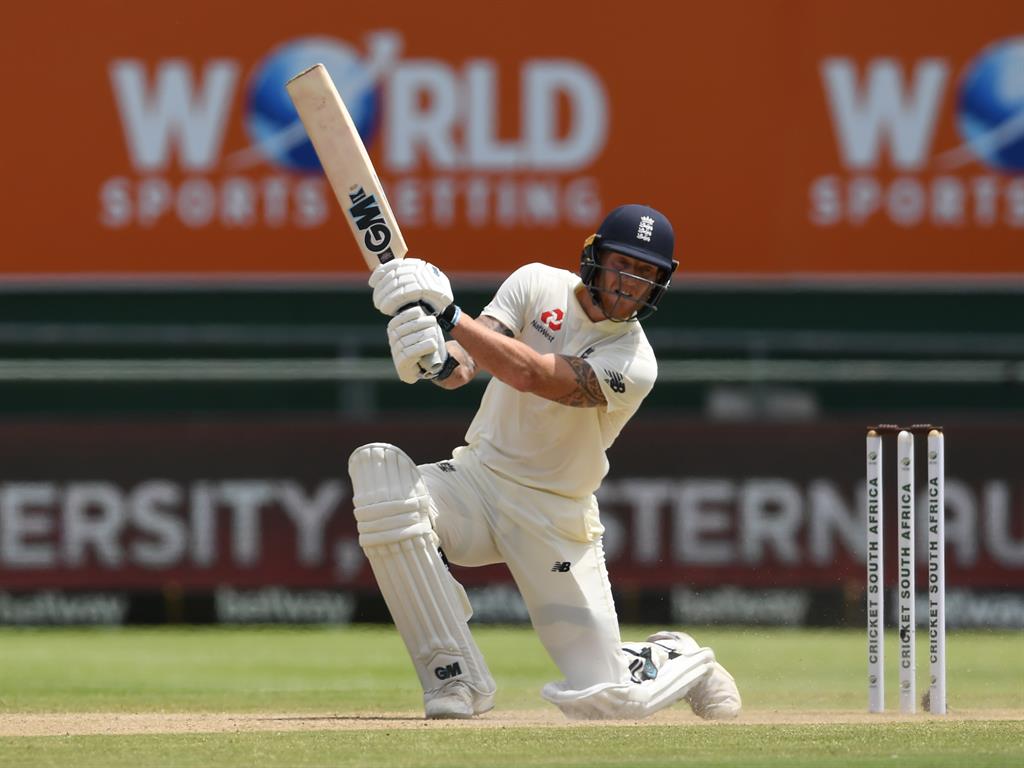 By now England knew the pitch was not going to offer much help and South Africa’s response was measured, Malan and Dean Elgar dealing with the initial burst of James Anderson and Stuart Broad to reach tea on 46 without loss.

The opening stand was broken with the score on 71 when part-time leg-spinner Joe Denly had Elgar snaffled by Jos Buttler to the thinnest of edges. Despite a fierce spell from Stokes, that was the lone success until the penultimate over of the day, when Anderson picked up Zubayr Hamza’s outside edge and Buttler’s catch left the Proteas 124 for two and fighting to prevent England squaring the series. 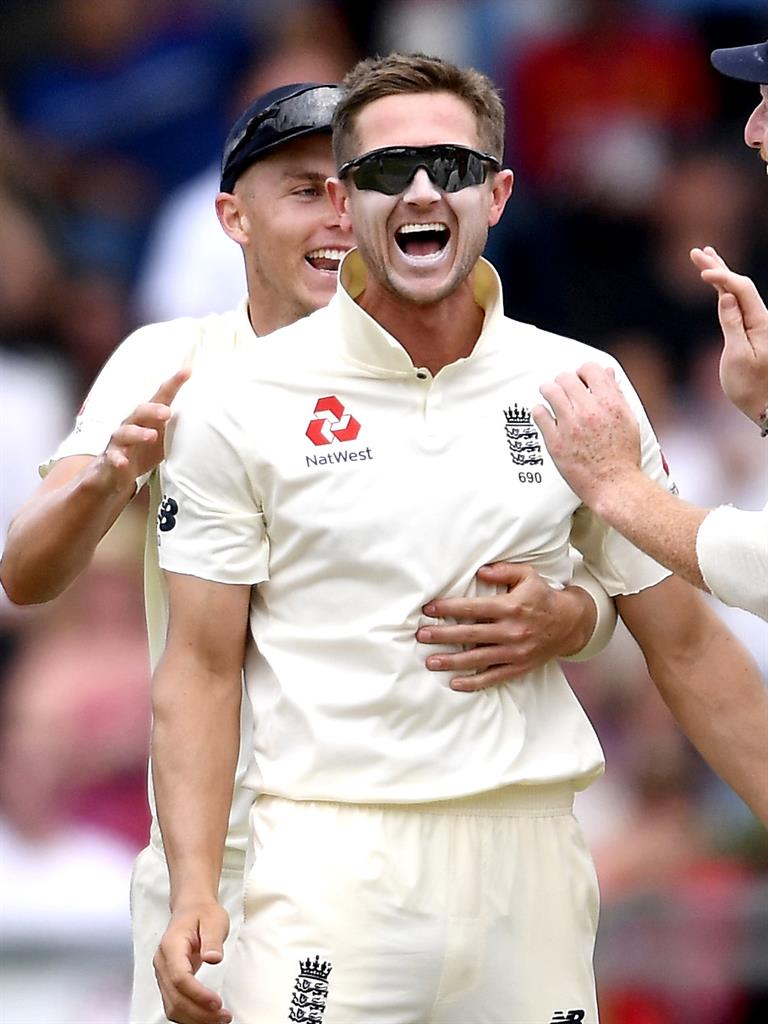 ‘I wouldn’t waste a referral knowing that I’d nicked it. I don’t play cricket like that. I like to see myself as someone who takes their outs if they’re out. It’s a bit of an emotional time when those kind of things happen but when I’d simmered down and was watching the footage, I could still say I hadn’t hit it’ — Dean Elgar insists he should not have been given out after his dismissal was upheld by TV official Chris Gaffaney, with a tiny spike showing up on the UltraEdge audio technology