KNITTERS and their lightning needles have created stunning scenes of village life in the 1950s with human-sized figures made of wool.

The ladies knitted more than 60 life-sized figures for 15 scenes based around the Queen’s coronation in 1953.

They were inspired to make the stunning tableaux after knitting a full-size figure of the Queen in her coronation garments.

The scenes include regulars having a drink in their local on Christmas Day and a man mowing his lawn.

The creations are the brainchild of 67-year-old Lois Gill who came up with the idea to raise money for a village hall and church.

The retired bank clerk worked alongside her community group, Petal and Purl, and turned to crafters in the area for help. 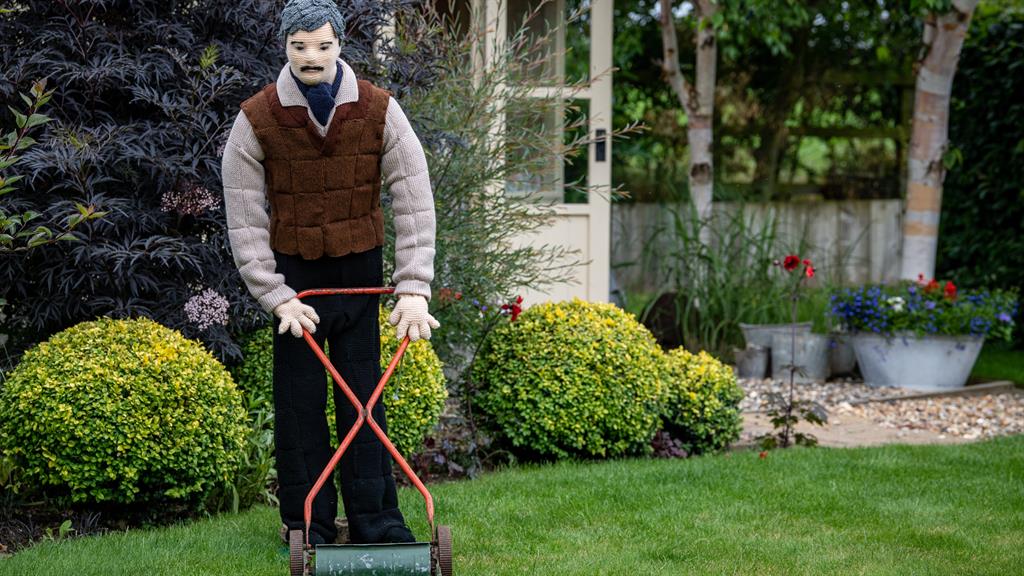 Between them they took six months to create the scenes celebrating times gone.

Mrs Gill said: ‘A lot of ladies of our age enjoy knitting and crafting.

‘There are just two of us who actually create and dress the figures but we used knitted strips that had been made by those in the community and beyond. 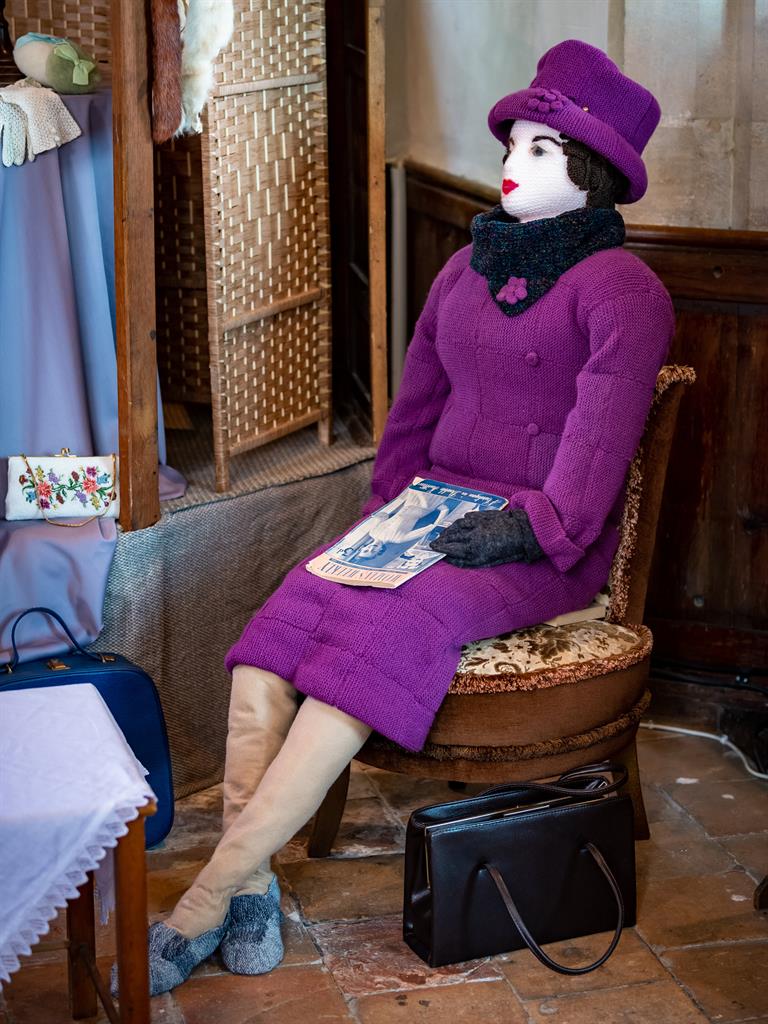 ‘We must have used thousands of squares for the figures but it is hard to say just how much time goes into creating a single person.’

The displays were originally set to be in the Church of the Holy Cross in Caston, Norfolk, but organisers found that there was not enough room to house them all.

So villagers opened their gardens to the life-sized figures and visitors last weekend. 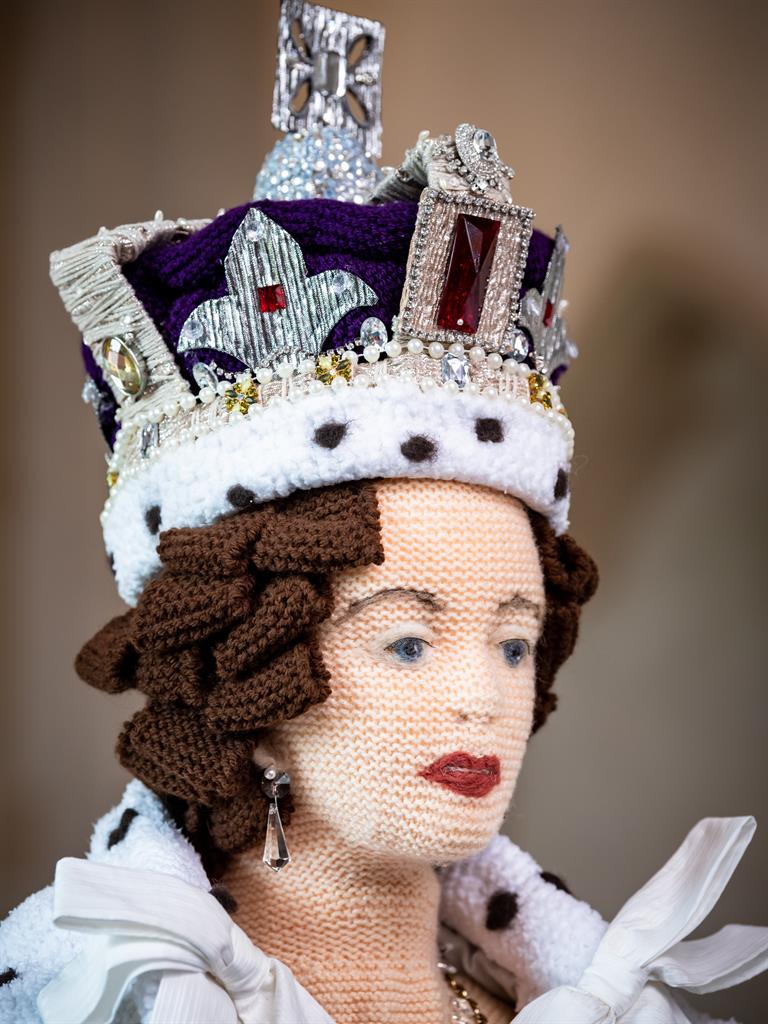 Mrs Gill said: ‘We hit upon the theme a few years ago when we were asked by The Forum, Norwich, to be part of their crafters event.

‘For their Makers’ Festival they aim to get rural crafters all under one roof and we created the major centrepiece for it.

‘It was the 65th anniversary of the coronation so the organisers asked if we could make a knitted Queen Elizabeth — and we did. 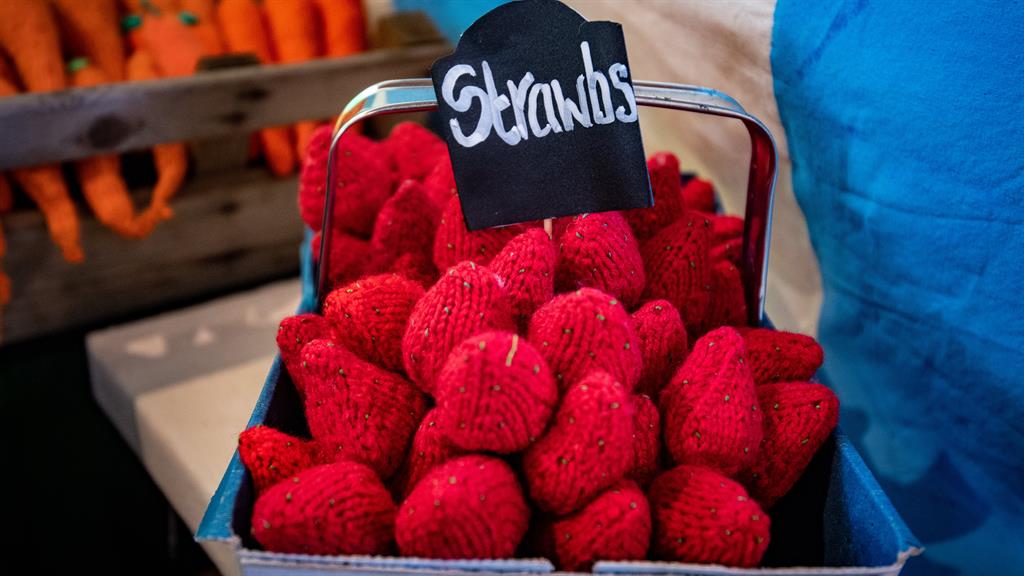 ‘My family are proud of seeing what I’ve done but waking up in the middle of the night and finding Her Knitted Majesty the Queen on the landing has taken its toll.

‘I’m known for saying after each event that it is the last one I’ll do.’