A YOUNG woman left infertile because her cervical cancer was not spotted for more than four years may finally ‘realise her dream of having the family she has always wanted’ after a landmark Supreme Court ruling.

XX was left infertile at the age of 29 after Whittington Hospital NHS Trust — since renamed Whittington Health NHS Trust — negligently failed to detect signs of cancer, which led to her developing highly invasive cancer that required chemo-radiotherapy treatment.

XX, now 36, says one of her ‘central ambitions in life’ is to have her own family of four children and that, despite the ‘profound, distressing and life-altering injuries’ caused by her treatment, her loss of fertility is her ‘major concern’.

The trust had previously admitted liability for the failings in XX’s care and the Supreme Court (pictured) was told that, had appropriate action been taken sooner, there was a 95 per cent chance of a complete cure and she would not have developed cancer at all.

She was initially awarded £580,000, but the High Court refused to award damages to cover the costs of four commercial surrogacies in California, where the practice is legal and binding, as the practice is illegal in the UK.

The Court of Appeal overturned that decision in December 2018, ruling that XX was entitled to as much as an additional £560,000 to cover the cost of having children with commercial surrogates in the US.

But the trust — supported by NHS Resolution, formerly the NHS Litigation Authority — took the case to the UK’s highest court, arguing that the Court of Appeal was wrong to award the additional damages because commercial surrogacy is ‘contrary to public policy’.

In a judgment announced via livestream today, the Supreme Court decided by a 3-2 majority that XX could recover the costs of commercial surrogacy in the US.

Giving the majority judgment, former president Lady Hale — ruling on the last Supreme Court case she heard before her retirement in January — said ‘it is no longer contrary to public policy to award damages for the costs of a foreign commercial surrogacy’.

Lady Hale (pictured below) added: ‘Nothing which the claimant proposes to do involves a criminal offence either here or abroad.’

The judge referred to a 2001 Court of Appeal ruling, in which she gave the leading judgment, dismissing a similar claim for damages for the cost of a Californian surrogacy. 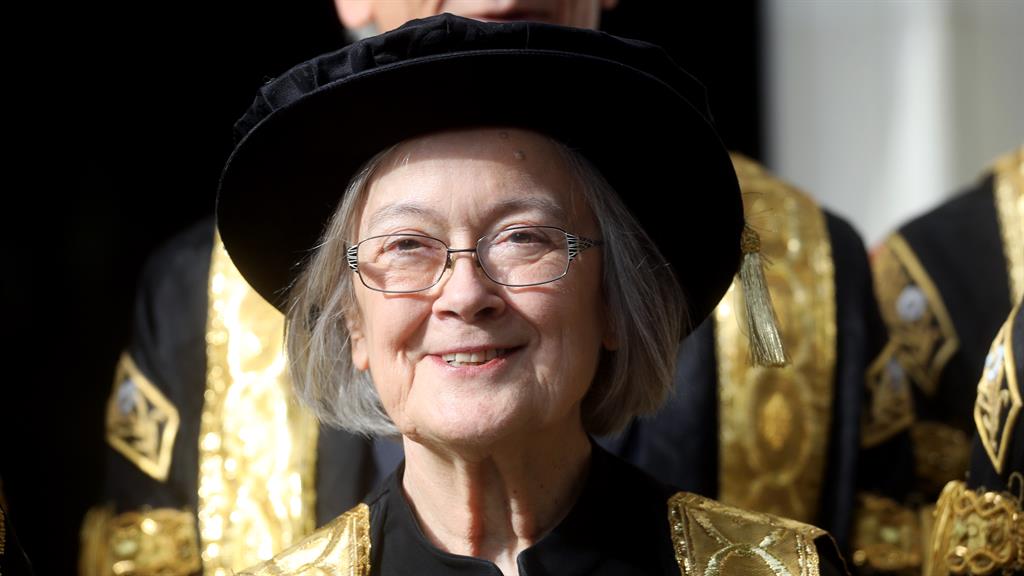 But Lady Hale said developments in the law since have been ‘quite dramatic’, with government policy moving ‘strongly in the direction of supporting surrogacy arrangements in appropriate cases’ and the courts having ‘bent over backwards to recognise the relationships created by surrogacy, including foreign commercial surrogacy’.

She added that the earlier ruling ‘was probably wrong then and is certainly wrong now’.

Giving the minority judgment of the court, Lord Carnwath ruled that it would be contrary to the principle of consistency between the civil and criminal law ‘for the civil courts to award damages on the basis of conduct which, if undertaken in this country, would offend its criminal law’.

However, all five Supreme Court justices agreed that damages to fund surrogacy arrangements using XX’s own eggs, and using donor eggs, were recoverable.

In a statement, XX’s solicitor, Anne Kavanagh, from law firm Irwin Mitchell, said: ‘This is a tragic case in which there are no winners.

‘The only option available to our client in starting a family is through surrogacy, using her own eggs which were harvested just before she started chemo-radiotherapy, as well as using donor eggs.

‘There is an established legal system in place in California which ensures that the interests of all involved — the surrogate, the commissioning parents and any resulting child — are properly safeguarded.

‘Today’s landmark judgment has confirmed that, to achieve the family she was denied by the admitted negligence of the trust, XX is entitled to funds to cover the cost of surrogacy in California as well as the use of donor eggs.

‘Our client is relieved that this matter, which has consumed more than 10 years of her life, is over.

‘We will continue to support XX as she now attempts to look to the future and hopefully realise her dream of having the family she has always wanted.’

A spokesman for the trust said: ‘When it handed down its judgment, the Court of Appeal recognised that this case raised an important point of law and that it had not followed its own previous decisions.

‘As a result, there was uncertainty as to the state of the law in relation to surrogacy arrangements.

‘In the absence of clear law in this area, it was right that NHS Resolution sought to clarify this uncertainty by way of an appeal to the Supreme Court.

‘We are grateful to the Supreme Court for its considered judgment and wish the patient involved every success as she begins the process of starting a family.’