THE government has been accused of contributing to social distancing problems rather than solving them — by shutting parks to the public.

The attack came as health secretary Matt Hancock — backed by new Labour leader Sir Keir Starmer — threatened to ban outdoor exercise if the ‘small minority’ continue to flout lockdown rules that state they can only leave home to exercise and for essential trips.

Brockwell Park in south London was closed yesterday after around 3,000 people descended on it the previous day. Police drove across the 125-acre park on Saturday ordering visitors to stop sunbathing and go home before the gates were locked. Meanwhile, the towpath beside the Regent’s Canal in east London was packed with walkers and cyclists, while the 213-acre Victoria Park beside it was shut.

Brighton beach — where two people were caught having a barbecue on the pebbles — was deserted following a police crackdown on visitors. But people were feeding the ducks and strolling in close vicinity beside the river Cam in Cambridge.

Critics of the parks shutdown pointed out how difficult life is for people who do not have gardens. Faiza Shaheen, of the Centre for Labour and Social Studies think tank, said that while it was ‘frustrating to see people not social distancing in parks, what about families with small children living in flats? These need to be allowed to spend time in parks.’ 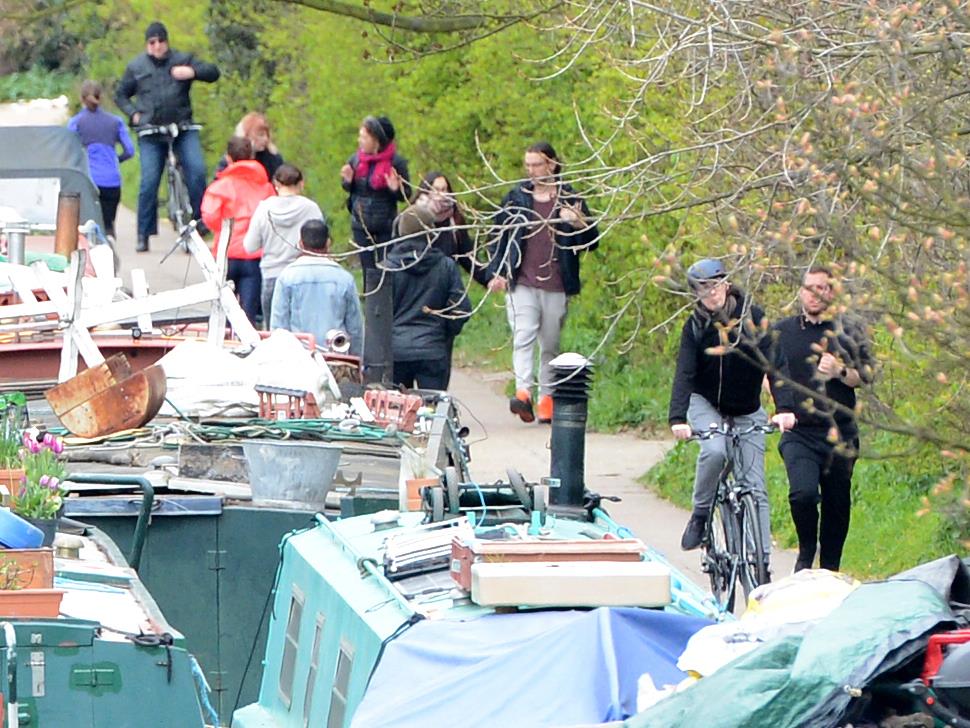 Labour MP Wes Streeting said: ‘In tackling one public health crisis we risk creating another.’ His backbench colleague Nadia Whittome added: ‘Coronavirus is spreading because the government is failing to mass test or provide adequate PPE to key workers, not because people are… in parks.’

Sir Keir admitted the ‘stay home’ rule was not easy for many people living in cramped conditions. He said: ‘Staying indoors is really difficult… it’s particularly difficult if you don’t have a garden, if you’re in a flat, and I know there are many people in overcrowded accommodation.

But he added: ‘We do have to take whatever steps are necessary. We have got to get through this and every time people break the guidance from the government they put other people at risk.’