■ Think ‘proper’ shops are on the verge of extinction? Not so, according to a bunch of innovations intent on evolving the in-store experience 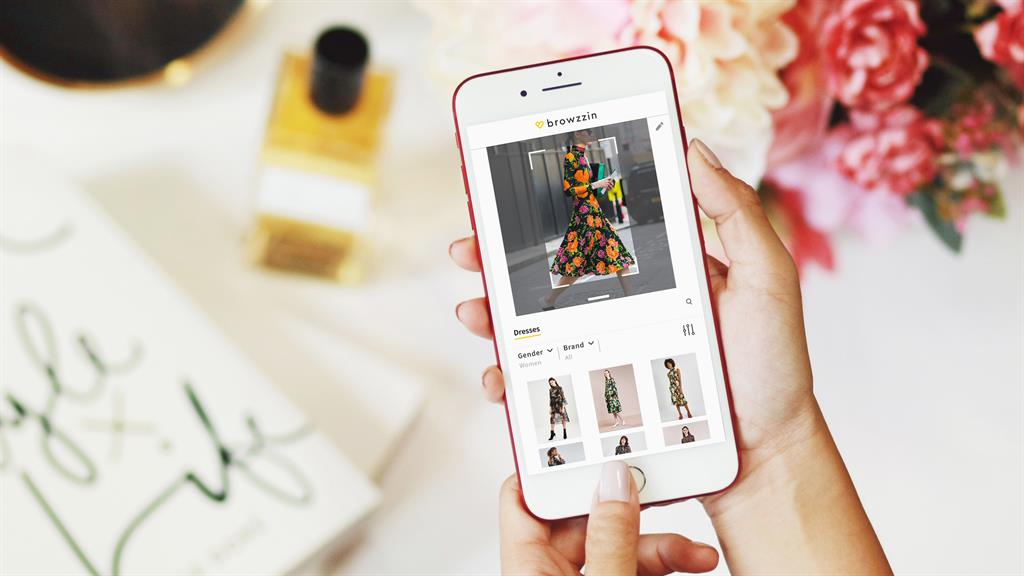 FOR bricks-and-mortar shops, the death knell continues to sound. The dizzying rise in online sales and ever-changing shopping behaviour have already seen casualties such as Toys R Us, Maplin and, most recently, House Of Fraser either closing down entirely or cutting stores. But while uncertainty continues — and the war between online and offline intensifies — there’s an unprecedented focus on the use of technology to jazz up shopping and keep it relevant in the 21st century.

‘The retail industry is in a transitional period where customers can get anything online, so they need an experiential reason to visit a store,’ says Fabio Torlini, the EMEA MD for digital experience platform WP Engine. ‘Thus we are seeing an increasing number of brands offering additional services that complement the shopping experience.’

Historically, the high street has been the heart of our towns and cities, which explains why four out of five shoppers say they’d miss it if it no longer existed, according to government-backed research commissioned by Visa. But that final nail isn’t ready to be hammered into the coffin quite yet. What we’re witnessing is not the death of the high street but actually its digital evolution.

As part of its quest for retail domination, shopping Mecca Westfield has taken a leap into the future to reveal its ‘Destination 2028’ concept. The shopping centre giant certainly believes in the future of physical retail, having recently undergone a £600 million expansion of Westfield London this year.

Based on insights from experts including a futurologist and a fashion technology innovator, the shopping centre of the future will be positioned as a hyper-connected micro-city with eye scanners that bring up information on entry about a visitor’s previous purchases and recommend personalised fast lanes around the shopping centre.

There will also be smart changing rooms with magic mirrors for shoppers to virtually try on clothes and even smart toilets that can detect hydration levels and nutritional needs, giving you a nudge to replenish. Elsewhere, hanging sensory gardens, AI-infused walkways and a ‘betterment zone’, where visitors can reflect in a mindfulness workshop, could all be integral parts of tomorrow’s shopping centre.

With successful digital brands like Asos and Boohoo churning out clothes at high speed, traditional retailers are being forced to improve the customer experience. Zara, for example, recently went all hi-tech on a new-look digital store concept at Westfield Stratford in London. It includes a dedicated area with two automated online order collection points that rely on robotic arms to organise and deliver 2,400 packages simultaneously.

Additionally, self-checkouts automatically identify items being purchased, needing only on-screen confirmation before you pay by card or smartphone. According to a survey of more than 8,000 consumers by customer feedback management software platform Medallia, checkout-free shopping appears to be the most promising rescue plan for high-street stores, with 24 per cent of UK consumers expecting this kind of service as standard. 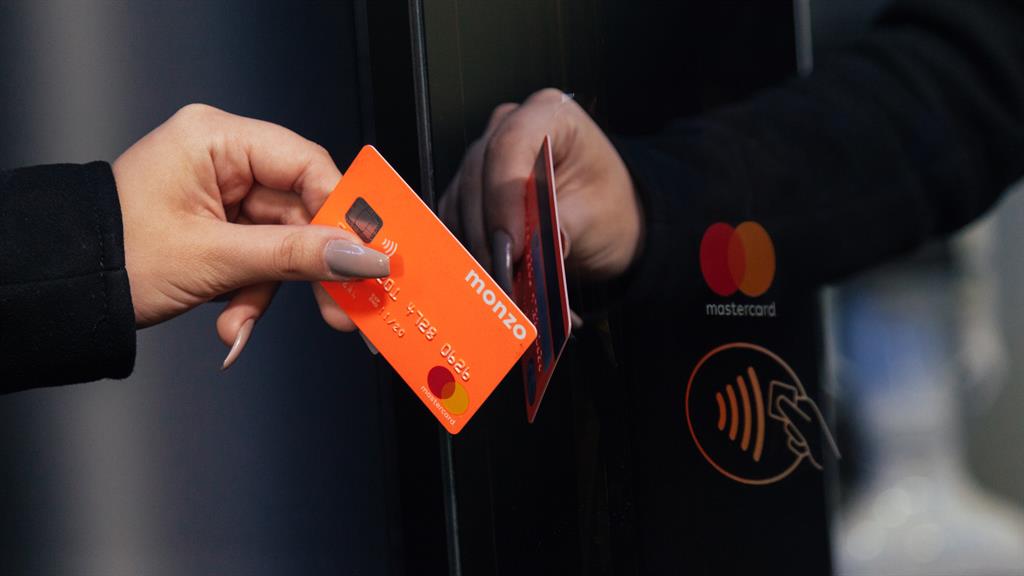 Microsoft is reportedly working on technology that would get rid of the need for cashiers and checkout lines too, putting it in competition to Amazon’s automated Go grocery shop in Seattle, where shoppers can pick up what they want and walk out. It is thought the software giant is developing similar checkout-free systems that’ll track what shoppers add to their baskets.

Also attempting to ‘address some of the pain points in fashion retail’ is a new AI-powered app called Browzzin (iOS, Android) that lets shoppers track down items that are not digitally discoverable or listed as ‘sold out’ online but which are available to physically buy within their geographical location. Once availability is confirmed Browzzin informs the customer it’s ready for collection, therefore driving human traffic to offline stores.

Augmented reality is pretty commonplace. It’s also primed to transform how we shop. Mastercard, for example, hopes to roll out its smart mirror to changing rooms across the UK, allowing customers to pay for their purchase from the fitting room by tapping the mirror with a bank card, smartphone or smartwatch via its Masterpass digital payment platform.

The interactive glass recognises products as they’re brought into the fitting room thanks to RFID (radio frequency identification) tags that also enable it to act as a personal shopper, recommending sizes, colours and other clobber. You can also summon the sales assistant to bring you variations without having to peer out half-dressed, potentially flashing your nether regions in the process.

To customise the changing room further, shoppers can adjust the lighting and even play music to provide a soundtrack to your solo fashion show. Mastercard’s magic mirrors are already being used by a number of US retailers, including Levi’s.

Keen to grab a slice of the virtual action, Amazon has patented a smart mirror that uses mixed-reality to dress you in virtual clothes while placing you in a virtual location. The patent describes the mirror as using displays, cameras and projectors to create and project your avatar for fuss-free shopping that’ll presumably be tied to some form of Amazon retail system.

Also experimenting with AR is Zara, which has just introduced it at 120 of its stores worldwide, stuffing a bunch of expressionless mannequins into a store room and replacing them with empty AR shopfront displays laden with sensors. The idea was to encourage shoppers to whip out their phones and use the Zara AR app to see the Studio Collection on their screens with the option to subsequently buy with a quick click.

How many high-street shutters all this can keep from coming down remains to be seen and there may be more casualties along the way. But the battle between online and the real world is far from over. 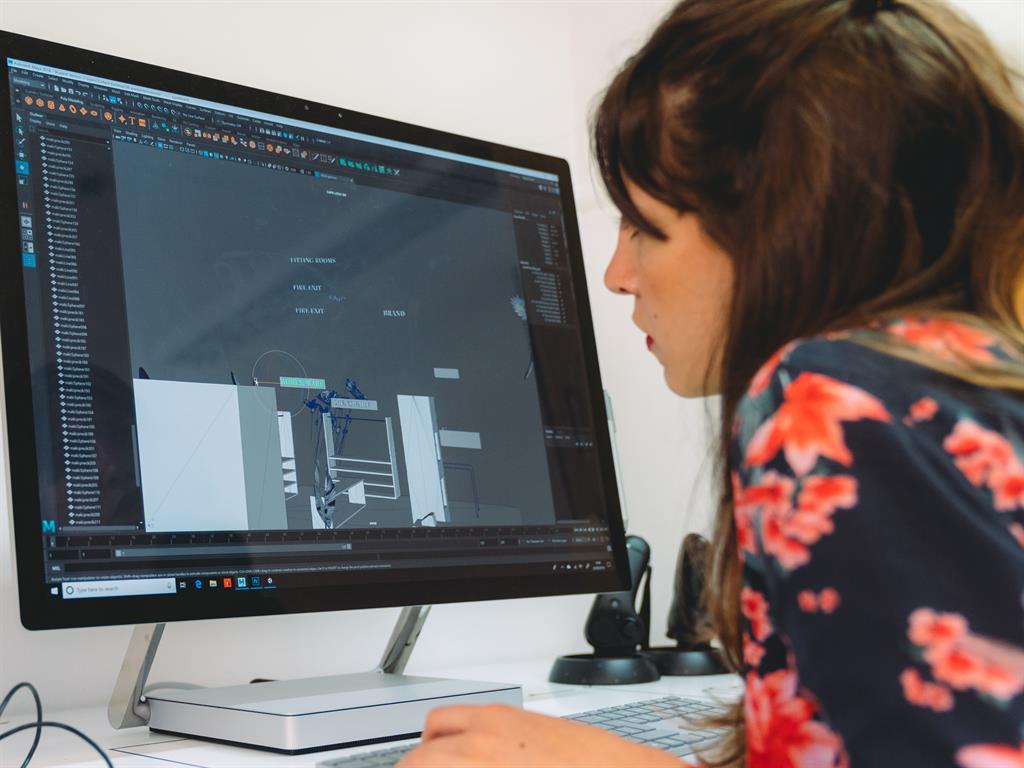 Imagining the future of fashion

AN APP that digitises your wardrobe and finds complementary items in a store was just one idea that came from a project run by the London College of Fashion and Mastercard.

The Future Of Fashion Incubator tasked students with coming up with ways to reimagine and disrupt the fashion industry with technology.

Other concepts were a mixed-reality store for online retailers who didn’t have a physical presence; an AI-assisted advertising system that uses computer vision to identify a customer’s style and suggest shops nearby; and a smart tagging system that would enable brands to track the life cycle of an item via RFID.