SNAPCHAT’S disastrous redesign triggered plenty of backlash from users, including high-profile Snap stars Kylie Jenner and Chrissy Teigen. Facebook, meanwhile, is still in the doghouse over the Cambridge Analytica scandal. And while Instagram might seem quiet by comparison, don’t be fooled: the ceaseless stream of (Facebook-owned) squares, which has grown to about 23million users in the UK, is undergoing a transformation.

First up: shopping. Last month, Instagram rolled out a payments and booking feature to selected users without much fanfare, and it’s likely to go global soon. Unlike the current Shoppable Tags feature, where clicking on a product takes you away to the retailer’s own site, it will mean that once you’ve added your credit or debit card details and secured your profile, you can click and buy without leaving Instagram.

Right now, the feature is limited to a few partners, such as restaurant booking app Resy, rather than products like homeware or clothes. But Instagram says it is ‘experimenting’ with more in-app payments to help more small businesses. This makes sense because brands, influencers and everyday users carefully curate their feeds with recommendations and often unique, hand-crafted or local products. This could be a real leveller between big business and indie companies.

Then there’s video chat. Instagram was late to that party but its live group video chats will be rolling out soon via a new camera icon living in your direct messages. They were added in part because Facebook noticed that people were using live Stories to ‘hang out’.

‘Instagram’s increased focus on Stories shows it anticipates instant, less-curated content taking the helm when it comes to engagement,’ says Sara Tasker, who runs Me & Orla’s Instagram courses. ‘Expect to see talented and entertaining Stories creators becoming the new stars of the platform, with the “share this story” retweet-style option — currently in testing — sending great content and their creators viral.’

Talking of which, Instagram is chasing the next viral hit when it comes to injecting fun into features. It took a leaf out of Snapchat’s book with augmented reality (AR) filters last year and now it’s trialling custom AR camera effects from the likes of Vogue, Buzzfeed and Ariana Grande. Once out of beta testing, it’ll be play time if you follow particular celebrities and brands, or if friends have tried them out.

Elsewhere, the platform is getting serious about music and aiming its efforts at people whose Stories are 97 per cent Spotify screenshots. Word is Instagram will save them a click by placing a sharing button within Spotify and Soundcloud to send photos and videos of songs and playlists straight to your Insta camera. It has not been confirmed but code spotted in the Android app hints at a ‘music stickers’ add-on that could let you add music to Stories, either by search or auto-detecting what you’re playing.

So we guess the lip-syncing trend isn’t going to die out quite yet, then… 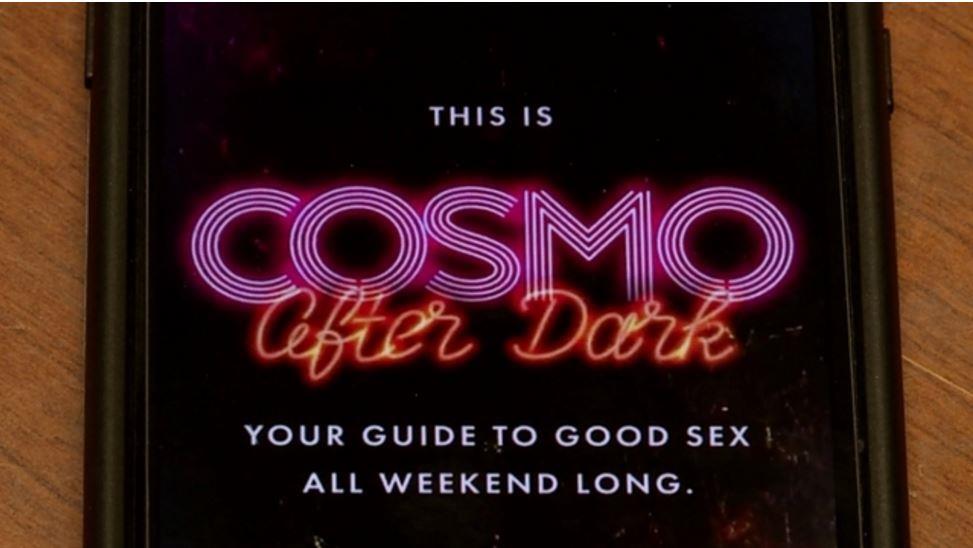 SNAPCHAT can’t catch a break. After its app redesign, the latest snafu is Cosmo After Dark, a weekly X-rated channel that was cancelled after one week.

Cosmopolitan magazine billed the channel as a place to find ‘the perfect sex playlist, new positions to try… or kinky games to play in bed’, but the rest of the internet cried pornography for tweens — after all, the social network’s minimum age is 13. 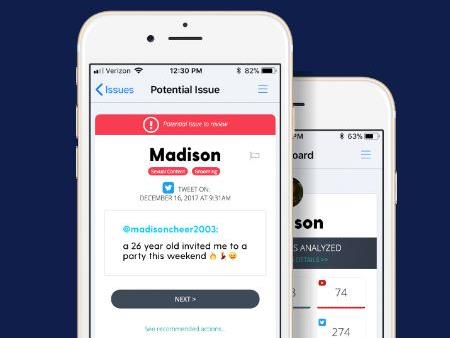 Having sparked inevitable concern among parents, services such as Bark have been brought to light. These enable parents to monitor their children’s texts, emails and social apps without infringing on their privacy.