THANKS to Rishi Sunak’s Eat Out To Help Out scheme, diners can get 50 per cent off meals and non-alcoholic drinks, up to £10 a head, from August 3 to 31 (on Mondays, Tuesdays and Wednesdays). An app has been launched to show where participating restaurants are near you nationwide — find it at eatouttohelpout.app. Similarly, the government has also created a postcode checker, which you can find on the gov.uk website. Big chains such as Nando’s, Wagamama, All Bar One, Browns and Toby Carvery have signed up already, as have independents like popular Peckham haunt Coal Rooms and French bistro and wine bar Le Petit Sud in Kensington. In the meantime, here is our pick of the latest signings…

■ Two more nationwide brands joining the scheme are Carluccio’s, which has branches from Leeds to Portsmouth, and Giraffe, which you can find in the likes of Bath and Birmingham. They’re going that extra mile, however, extending the offer to remove the £10 limit and give guests 50 per cent off all food and soft drinks regardless of how much the bill comes to. They’ll also be offering £10 off any bottle of wine. carluccios.com, giraffe.net 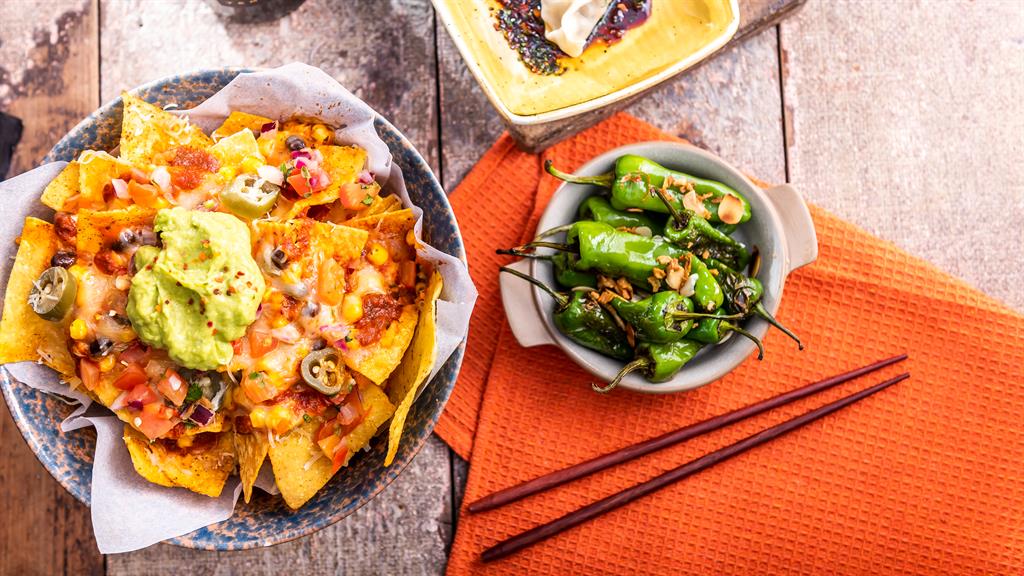 ■ Steak virtuosos Hawksmoor, who have branches in Edinburgh and Manchester as well as London, are offering what they claim to be ‘The Best Steak & Chips in Britain’ for just £10. They’ve taken 300g of 35-day, dry-aged rump steak, added chips and a sauce of your choice, and priced it at £20 — which, thanks to EOTHO, you can get for just a tenner. The discount also applies to the rest of the menu so you could be chowing down on chateaubriand or lobster instead. thehawksmoor.com

■ The stylish Ivy Collection will also be participating and, if you get the chance, make sure you check out the branch in Chelsea. The Ivy Chelsea Garden recently unveiled a beautiful, summery, floral installation in collaboration with leading garden designer Jo Thompson. Something lovely to look at as you eat. ivycollection.com