These regulations aim to ensure cars are cleaner by emitting less harmful gases while ensuring they are still affordable. Since 1993, all cars sold in Europe, including those sold in the UK, must adhere to these strict EU emissions standards. When introduced, these standards were called Euro 1. Currently, every new car that has gone on sale since September 2014 has to comply with modern Euro 6 standards.

While these standards might not affect many motorists’ day-to-day plans, it’s worth noting that older pre-Euro 4 cars now face an additional £12.50 ultra-low emission zone (ULEZ) charge to drive into London — and other big cities across the UK may well follow suit.

The bottom line is that these limits have significantly reduced the amount of nasty emissions cars produce. And despite media coverage to the contrary, they have forced the development of modern diesels to the point where they are as clean as their petrol equivalents.

What do these emission regulations cover?

When fuel is burned in a vehicle’s engine, various gases are produced. Since the threat of global warming became big news, there has been a focus on emissions of carbon-dioxide, which is often referred to as CO2 — its chemical formula.

So much was the focus on reducing CO2 emissions that the entire UK road tax system was based around it between 2004 and April 2017. Company-car tax still is.

The other gasses you may have heard about are nitrogen oxides, which have the commonly used chemical symbol NOx. These are problematic for local pollution, as they’re linked to lung disease, allergies and wider environmental damage.

Another focus has been on particulate matter, also referred to as particulates, or simply PM. These encompas microscopic particles such as iron oxide and soot, which cause significant local air pollution and are linked to a wide range of health problems, including cancer. 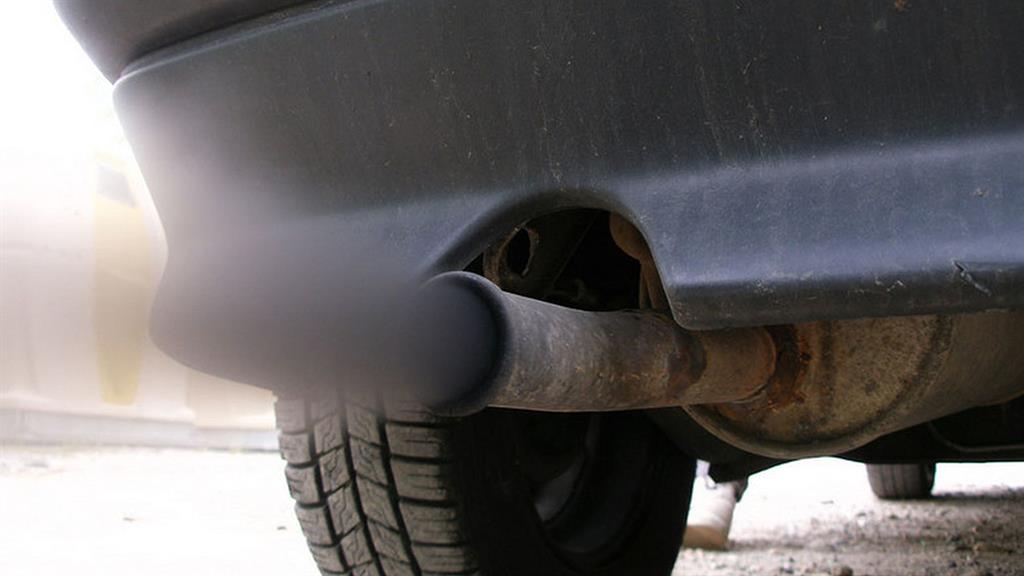 What do the Euro 6 rules measure?

There’s more depth to these regulations than simply reducing those headline figures.

The first set of rules, unsurprisingly known as Euro 1, came into force in October 1994 and since then tighter regulations have been introduced every three to five years. The rules are first applied to cars going through ‘type approval’ — the process by which a new model is judged suitable for the road; a year or two following that date, all new cars being registered must meet the most recent regulations.

There is some flexibility in this system, though. According to Transport Environment, there’s a ‘limited amount’ of time in which a manufacturer can sell Euro 5 models, but that limit is set by each country individually.

It may look like this is about to turn into a chemistry lesson (you might wish to skip this table), but it’s worth knowing what the Euro 6 rules govern. Essentially, they set the mass and nature of pollutants that can be emitted from a car’s exhaust over one kilometre. The seven criteria measured are:

Mass of carbon monoxide (CO): A harmful waste gas produced as a result of burning fuel.

Mass of non-methane hydrocarbons (NMHC): A group of waste chemicals that include cancer-causing agents like formaldehyde and benzene.

Combined mass of hydrocarbons and oxides of nitrogen (THC + NOx): These components are measured both individually and together, as they react and combine differently in different engines; when combined they create smog.

Particle number (P): How many soot and solid particles are found in a given volume of gas and therefore how large the particles are. In terms of human health, smaller particles are more harmful*.

*Particle numbers are also a good measurement for determining how effective a diesel particulate filter (DPF) is, as effective DPFs trap smaller particles as well as larger ones.

It’s worth knowing the rules are different for petrol and diesel-engined cars. Diesels emit around 20 times less carbon monoxide than petrols, but significantly more oxides of nitrogen and a much greater amount of particulate matter (something petrol engines produce almost none of). In order to make the playing field as level as possible, petrol cars are allowed to emit more carbon monoxide and hydrocarbons than diesels, while diesels can emit more oxides of nitrogen.

What changed when the Euro 6 rules replaced the Euro 5 regulations?

When the Euro 6 rules came fully into force in September 2015, very little changed — in fact, nothing changed for petrol cars, save the fact that certain kinds of petrols had their particulate number measured, although this hasn’t been a hard target to meet. 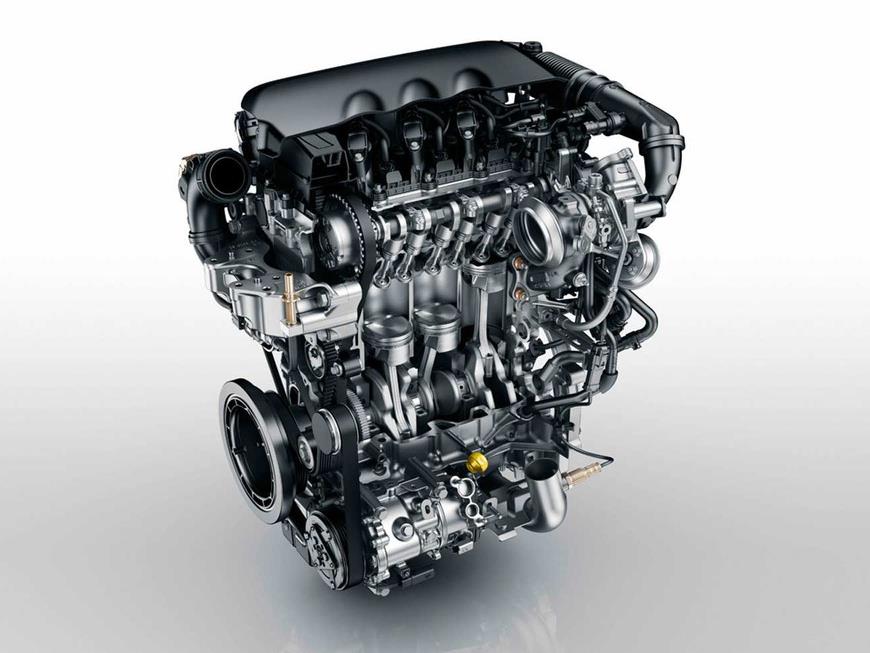 Euro 6-compliant diesel engines, on the other hand, must produce far fewer oxides of nitrogen (NOx) and less combined mass of hydrocarbons and oxides of nitrogen (THC + NOx) than could were under Euro 5 rules, and this has presented a big headache for carmakers.

It used to be thought that carbon monoxide was the gas to worry most about, but recent research has indicated solid particulates and oxides of nitrogen are more harmful than first thought. This explains why diesel engines have been falling out of favour recently.

How have carmakers brought diesel pollutants down?

Particulate pollution was improved by fitting diesel particulate filters (DPFs), which are designed to catch these microscopic solid pollutants, but lowering the amount of oxides of nitrogen emitted by diesel vehicles was harder.

After scratching their heads for some time, engineers turned to a technology known as selective catalytic reduction (SCR), or AdBlue as it’s more commonly known. 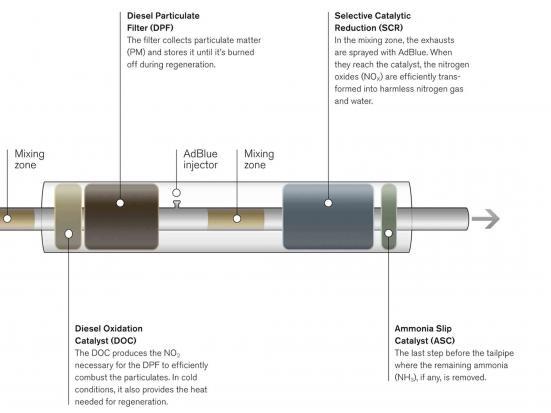 OK, so what does all this mean for diesel drivers?

Because AdBlue is constantly being squirted into a diesel engine’s exhaust gases, it eventually runs out and needs topping up. Cars that use AdBlue typically require refilling every few thousand miles, although how hard you drive affects how much AdBlue your car uses. The mixture of urea and deionised water is relatively cheap to produce and dealers typically charge about £1.50 a litre for it, including the labour involved in refilling.

While costs like these are unlikely to cause a serious dent in drivers’ budgets, they’re a relatively new and not much-publicised development.

It’s worth noting that while some drivers will find their AdBlue tanks need refilling annually (and therefore can be taken care of when the car is serviced), some have found their AdBlue consumption is higher than they expected. And large annual mileages lead to top-ups between services.

What will Euro 7 rules look like when they’re introduced?

Here, we enter into pure conjecture, as Euro 7 rules have yet to be devised, let alone introduced (although you can reasonably expect them to arrive by around 2020). What we can tell you is that carmakers struggled to get their diesel engines to meet the Euro 6 regulations, but it may be petrol’s turn for trouble when the Euro 7 rules come in.

That’s because the EU’s goal is to bring down CO2 emissions to an average of 98g/km by 2020; diesels tend to emit relatively little CO2, but that’s not the case with petrols — although petrol-electric hybrid cars are much better in this regard.

Another factor likely to come under greater scrutiny in future regulations are the mass of particulates and the particulate number produced by diesel engines, so expect to see further regulation of — and advancements in — DPF technology.