COMPANY cars have long been used by businesses to reward and retain staff as an extra perk on top of a standard salary. Unfortunately, the government or, more precisely, HM Treasury, is aware of this kind of incentive and levies tax on them. This company car tax is called Benefit-In-Kind (BIK) tax, as the cars are seen as an additional taxable benefit that falls outside of your standard National Insurance tax contributions. Whether you’re in a traditional company car scheme or gifted a company car allowance, it’s important to know how much tax you can expect to pay — especially if you’re the one choosing your company car.

BIK tax is one of many revenue streams used by Her Majesty’s Revenue and Customs (HMRC) to keep government coffers topped up, and as a result it’s subject to annual changes in the Budget that’s given by the chancellor of the exchequer each year. Invariably, this sees an increase in the amount of taxation levied on company cars. The government is locked in an on-going battle to recoup revenue lost as new cars get cleaner, emitting less of the CO2 on which company car tax system is based.

Company car tax can be a daunting subject, but there are benefit-in-kind calculators on specialist websites that can help you calculate your tax outgoings on a company car. Tax band rates are primarily based on a car’s CO2 emissions, because the government has decided the best way to help reduce the overall emissions of cars in the UK is to offer tax incentives to businesses that provide staff with company cars.

That’s the basic foundation of BIK tax, but the amount you actually pay is determined by the list price of the car you’re looking at, combined with the personal tax rate you’re on (20 per cent, 40 per cent or 50 per cent). The price of the car will be its list price before non-taxable items (first-year VED road tax, first registration fee, telephone installations, etc), but will also include the cost of any options.

In addition, the amount of tax you pay will be determined by the fuel you put in your car. In the past, pure electric vehicles (EVs) were exempt from taxation, but as their take-up has increased, HMRC has seen fit to include them on BIK rates, albeit at a substantially lower rate than conventional models. The low emissions of plug-in hybrid vehicles mean they’re a popular interim solution while full-electric cars increase their range and rapid charging ability, as they can be driven like conventional cars, but have BIK rates that are far lower.

The purpose of this is to separate cars that had their emissions tested under the old NEDC (New European Drive Cycle) criteria from those tested under the new WLTP (Worldwide Harmonised Light Vehicle Test Procedure) requirements, which tends to produce a higher CO2 reading. Typically, cars registered from 6 April 2020 can expect to see their BIK rates cut by two percentage points in 2019/20.

The zero per cent rate also covers all-electric company cars registered before 6 April 2020, as well as hybrids registered after that date that emit 1-50g/km of CO2 and have a pure electric range of 130 miles, though at present there are no such cars on the market.

From 2023/24 onwards, the two tables will merge to become one again, realigning the rates following the implementation of WLTP. And while a two per cent surcharge on diesel company cars is remaining in place, models that prove to be RDE2 compliant will be exempt.

What is company car tax?

If you drive a car that has been provided by your employer, and you can use that vehicle for personal transport outside of work, then it’s considered a company car and is seen as a taxable perk by HMRC.

Officially a company car is known as a Benefit In Kind (BIK), because there is a monetary value attached to your ability to use it privately. HMRC view it as an additional bonus on top of your annual salary, because the car is paid for by your employer in addition to your standard pay.

As a result, there is tax to pay. The easiest way of calculating how much tax you will have to pay on a company car is to visit the HMRC website, where it has a company car tax calculator with plenty of additional help to ensure you’re paying the right amount of tax.

HMRC works out the amount of BIK tax you pay based on the amount of CO2 emissions a car emits. There are 21 emissions bands, starting with vehicles that emit 0-50g/km, ranging up to those models emitting 180g/km or more, and the amount of tax you pay is a percentage of the car’s list price, which HMRC refers to as the P11D value. This is the price of the car with optional extras included, but minus the non-taxable parts of the vehicle, including the first year’s VED (road tax) and its first registration fee. The P11D value is determined by the list price quoted by a manufacturer, so even if you get a discount on a new car’s list price, the P11D value will remain unchanged.

One way you can reduce the amount of BIK you pay is to declare if you only have access to the vehicle part-time, or if you contribute to the initial cost of the vehicle. These two caveats should help to reduce your tax outgoings.

How much company car tax will I pay?

The amount of company car tax you actually pay is dependent on your annual salary. For example, if you fall into the 20 per cent income tax bracket, you’ll pay 20 per cent of the taxable portion of the car’s P11D value. Those in the 40 per cent tax bracket, meanwhile, pay 40 per cent on the taxable chunk of the P11D. This will usually be deducted from your monthly pay packet. 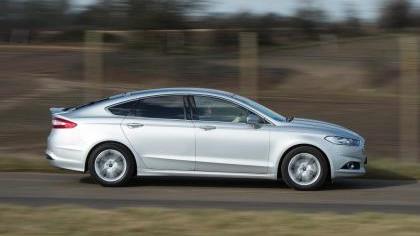 Here’s how to calculate your company car tax in simple steps:

2. Multiply this value by the car’s company car tax rate which is dependent on CO2 emissions (for example 23 per cent) to get your BIK amount (£3,450)

Most diesel cars carry a four per cent surcharge over petrol models with similar emissions, because they emit greater amounts of harmful particulates. So if you’re choosing between petrol and diesel for your next company car, you’ll need to work out whether or not you cover enough miles in a year to make up the extra cost of a diesel company car in fuel savings.

If all the terms and jargon associated with company car tax are a bit confusing, we’ve put together a quick glossary to help you understand all the important bits…

■ Benefit in Kind (BIK) — Benefits that are not included in an individual’s salary, one of which is the company car

■ P11D value — Total value of the car including RRP, VAT and any extras such as metallic paint, sat nav or parking sensors.

■ Recommended Retail Price (RRP) — This is the amount that the car manufacturer recommends that the car should be sold for.

■ Vehicle Excise Duty (VED) — amount payable on all cars, including company cars, that is calculated based on CO2 emissions of the car

■ RDE — Real Driving Emissions, a new EU test which measures how close a vehicle gets to its claimed emissions. There are two types of test, RDE1 is applied to all new models of cars from September 2018 and all registrations from September 2019. RDE2 applies to all new models from January 2020 and from January 2021 for all new registrations. Some RDE2 compliant cars are on sale now.