SHOPPERS who stockpiled fresh food amid the coronavirus panic are now dumping supplies because they are out of date.

Former Liberal Democrat councillor Ajit Singh Atwal, who shared the pictures on Twitter, said those who had ‘panic bought’ and ‘stacked up houses with unnecessary items’ should ‘take a good look at yourself’. 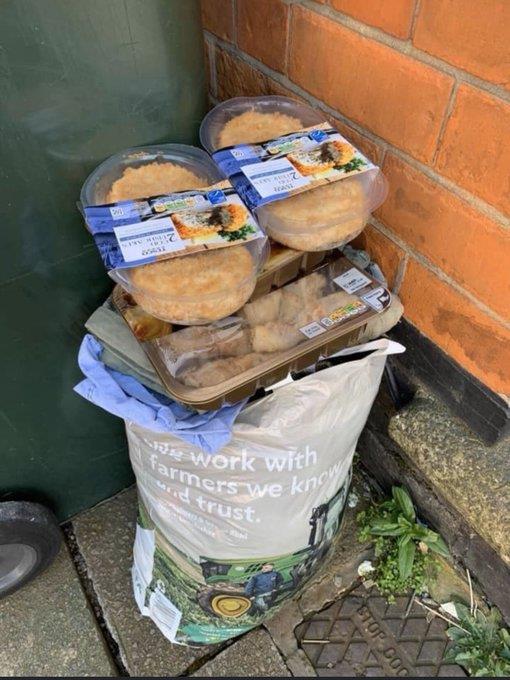 Other Twitter users reacted with fury after similar scenes were reported elsewhere. One, @queentilli, wrote: ‘There should be financial penalties for this kind of thing.’

Another, @Stephen34184311, added: ‘What a waste!!! Unbelievable that food could have helped somebody who really needed it. Greed at its best.’

Britons have hoarded food worth £1billion in the past fortnight as a result of panic buying — despite assurances from the government and industry that there is still plenty in the supply chain.

Now lockdown conditions mean shoppers have been told to leave home just once a day and only buy essentials. People have also been urged to make meals from food already in their cupboards, rather than heading to the shops.

Dave Lewis, the boss of the UK’s biggest retailer Tesco, has written to customers telling them there is still plenty of food, but asking the young and the healthy to venture out to local stores to free up online shopping for the elderly.

Ocado chief executive Lord Stuart Rose said the firm’s online delivery service has been operating at full capacity during the crisis, with around ten times more demand than before the outbreak. Orders are now limited to one per week per customer, while some items have also been limited to just two per person.