BORIS JOHNSON yesterday announced that an army of 25,000 virus trackers will start work by June 1.

The prime minister said they will be able to deal with around 10,000 cases of patients who have tested positive a day — tracing people they may have been in contact with so they in turn can self-isolate.

‘Already we have recruited 24,000 trackers and by June 1 we will have 25,000,’ Mr Johnson told MPs, as it was revealed the NHS automatic tracing app will not be ready ‘for weeks’.

‘We are making vast progress in testing and tracing and I have great confidence that by June 1, we will have a system that will help us greatly to defeat this disease and move the country forward.’ At prime minister’s questions yesterday, Labour leader Keir Starmer attacked the decision taken in mid-March to stop tracing as the number of cases spiralled.

‘That is nearly ten weeks in a critical period without effective tracing,’ he told Mr Johnson. ‘That is a huge hole in our defences, isn’t it, prime minister?’

The PM said that Britain was on target to carry out 200,000 tests a day by the end of the month — and that the UK ‘is now testing more than virtually any other country in Europe’.

Health secretary Matt Hancock originally set a target of 100,000 tests a day by the end of April but the figure has only been hit seven times.

The figures also included tests posted out to people’s homes.

Outsourcing firm Serco, which has been hired to recruit contact tracers, apologised yesterday after accidentally sharing the email addresses of almost 300 of them. The company told the BBC it would review its processes ‘to make sure that this does not happen again’. 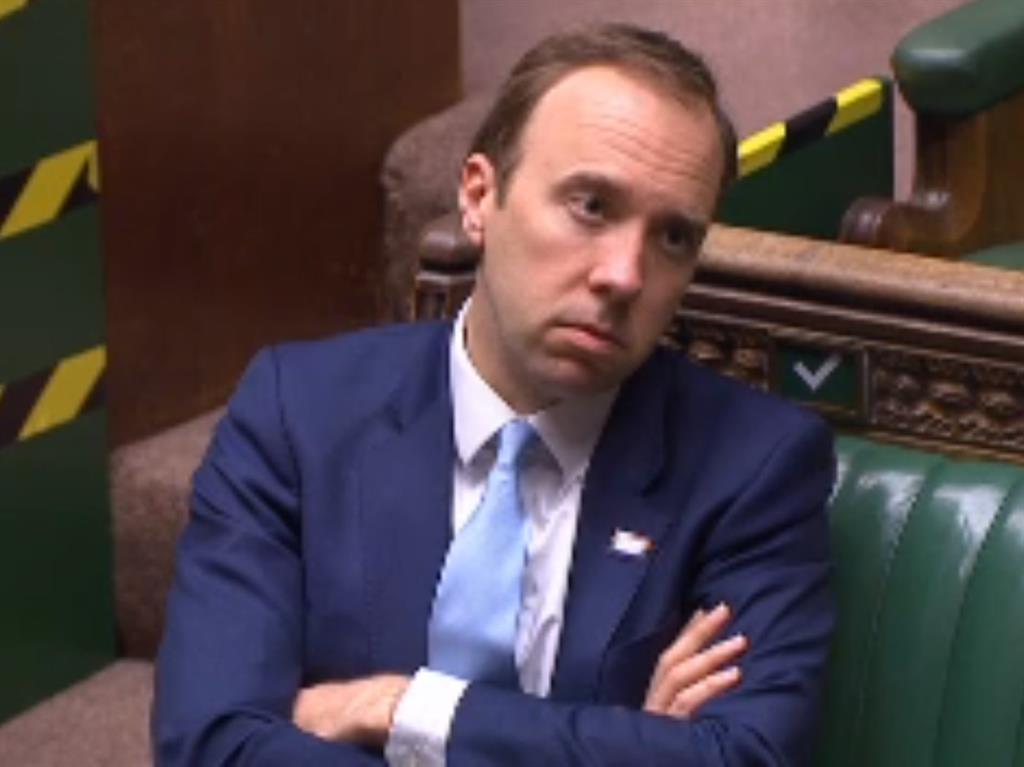 ■ COMMONS speaker Lindsay Hoyle threatened to throw Matt Hancock out for heckling Labour leader Keir Starmer. As a disturbance was heard at prime minister’s questions, he told Mr Hancock: ‘You don’t need to advise the opposition.’ When the health secretary (pictured) protested, he said: ‘Do you want to leave? If you want to give way I’m happy’.