BORIS JOHNSON turned a blind eye to Vladimir Putin’s efforts to influence UK elections as a deluge of dodgy roubles poured into ‘Londongrad’, according to a bombshell report on Russian interference.

The prime minister — along with his predecessors David Cameron and Theresa May — ‘actively avoided’ looking for evidence about the Kremlin’s attempts to interfere in both the Brexit and Scottish referendums, the Intelligence and Security Committee found.

Corrupt money was ‘welcomed with open arms’ to the ‘London laundromat’, where cronies of the Russian president were embraced by the establishment, including members of the House of Lords, helped by an ‘industry of enablers’ — lawyers, estate agents and accountants.

And political interference has become the ‘new normal’, with Moscow an ‘immediate and urgent threat to national security’. Mr Johnson repeatedly tried to block the damning report, which slammed the intelligence agencies for treating interference as a ‘hot potato’ and called for an immediate investigation into whether the Brexit vote was corrupted.

‘There has been no assessment of Russian interference in the EU referendum because nobody wanted to touch it with a 10ft pole,’ committee member Stewart Hosie said.

The committee urged greater scrutiny of the House of Lords, where a ‘number’ of members are linked to Moscow’, and demanded measures ‘to counter the threat and challenge the impunity of Putin-linked elites’.

London has become a ‘honeypot’ for Russians laundering dirty money, it said. ‘Few questions — if any — were asked about the provenance,’ according to the report. ‘Illicit finance could be recycled through the London “laundromat”.

‘The money was also invested in building influence across the British establishment — PR firms, charities, political interests, academia and cultural institutions were all willing beneficiaries of Russian money.

‘The inherent tension between the government’s prosperity agenda and the need to protect national security has led to the current situation.’

The report warned that the Kremlin has joined forces with organised crime to create a ‘buffer of westerners who have become de facto Russian state agents’.

‘This level of integration — in “Londongrad” in particular — means that any measures now are not preventative but rather constitute damage limitation,’ it said.

Mr Hosie added: ‘The UK government took its eye off the ball because of its focus on counter-terrorism.

‘It badly underestimated the Russian threat and is still playing catch-up.’

Mr Cameron was singled out for taking no action over ‘credible’ evidence of attempts to influence the 2014 Scottish independence referendum while he was PM, and for leaving the Brexit vote unprotected in 2016.

It was only when Russian hackers attacked the US presidential election later that year that ministers ‘belatedly realised the level of threat which Russia could pose’. 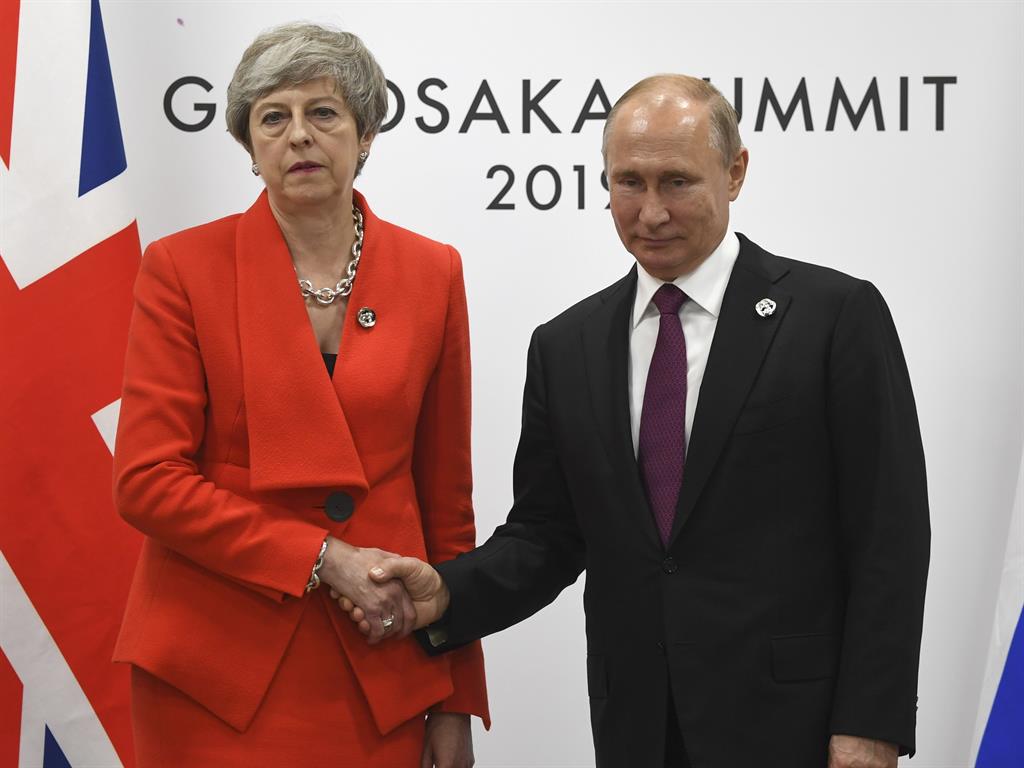 His successor Mrs May then refused to investigate widespread allegations, despite demands from MPs, the report found. ‘All the evidence was there from the Scottish referendum,’ committee member Kevan Jones said.

‘Short of having a big billboard outside Downing Street, what more did the government need?’

The report was completed late last year but Mr Johnson refused to allow it to be published ahead of the General Election.

Mr Jones said all four of the PM’s stated reasons for holding it back were ‘categorically untrue’.

‘No.10 said there were only six days in which to look at this report — that is not true,’ he said. ‘The PM’s officers also said that it usually takes six weeks to get this confirmation — that is not true. No.10 have also reported that it had to go back around government for comment. Again, this is not true.

‘The final point is it was said that the proper processes had not been followed — that is not true.’