MICHAEL FRAYN’S classic backstage farce Noises Off may be all about a play that goes wrong — but the cast of the latest London production got more than they bargained for when, halfway through opening night, the lights packed in for real.

‘We actually got applause because people thought it was this incredibly clever meta-comment on the play,’ recalls one of its stars, Meera Syal. ‘Then, of course, they realised it wasn’t. But I think the mistake actually made them warm to us so much more. Because we did keep going — and that’s what the play is about.’

The show has now transferred from the Lyric Hammersmith to the West End, with Meera again playing Dotty Otley (below), a fading former soap actress appearing in an ill-fated touring production of a third-rate sex comedy called Nothing On — a play-within-a-play which falls apart on stage to excruciating, and hilarious, effect. 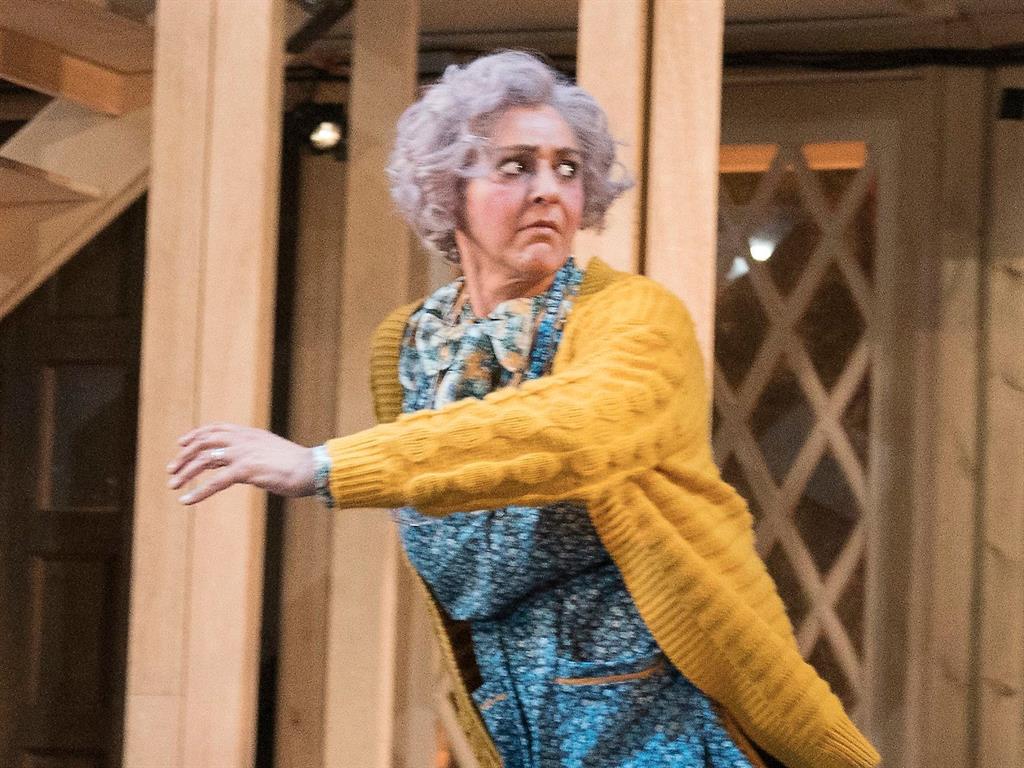 Meera originally signed up for the revival because, she says, it is ‘one of the most brilliantly constructed comedies that I have ever seen,’ though, hysterically funny as it is, she also believes there’s more to it than laughs.

‘The depth comes from the fact that the audience can see these people are desperately trying to keep a really bad thing afloat.

‘It’s sinking and taking them with it, and yet they won’t give up. Now if that isn’t a metaphor for living in Britain today, I don’t know what is.’ With its lightning-paced high jinks, it also presents an acting challenge like few others, she says. ‘We’ve all had the Noises Off headache at some point, where you’re literally sitting on a chair with lots of pieces of paper in your hand with all your entrances and exits. You have this existential moment thinking, ‘‘I can’t do this, it’s not possible. I will never remember this,’’ but somehow you do.’

Dotty is the latest in a run of stage roles for Meera, who has been a household name for more than 20 years, ever since she came to the fore with BBC sketch show Goodness Gracious Me, which she co-wrote and acted in.

She has performed more theatre in recent years in part because, ‘there are not very good roles for women like me in film and television,’ she says.

Meera believes actresses are still particularly ill-served by the industry when they reach their fifties and sixties. ‘We don’t look like our mums and we’re not shuffling around in carpet slippers,’ she explains. ‘But there are not that many roles for women that are fit and funny and in the prime of their lives in those years, because they haven’t quite been written yet.’ Growing up, as part of the only British-Asian family in the predominantly white, West Midlands village of Essington, Meera always had an instinct for comedy, which was linked, she believes, to a need to self-protect.

‘I think there are a lot of kids like I was — not just first generation immigrant kids — who are different and don’t quite fit in, who find out really quickly that humour is a really powerful weapon. It’s your armour, it’s the way you make friends, It gives you power in a way a lot of other things don’t.’

After graduating from the University of Manchester with a degree in English and drama, Meera toiled away as an actor for more than a decade, before Goodness Gracious Me made household names of her and her co-stars, including her now-husband Sanjeev Bhaskar. The sudden fame was somewhat disorientating ‘because it was so unexpected for all of us,’ she says. But they also had a blast. ‘We didn’t know how long it would last so we really bloody well enjoyed it. All the awards ceremonies and the tour and all of that. We grabbed every single moment.’

Since then, Meera has balanced comic and dramatic acting with a writing career that has included three novels. Indeed, her proudest achievement remains having her first book, Anita And Me, make it onto the national curriculum. ‘I remember going to the bookshop and seeing study notes for it, and the opening chapter was all about South Asian immigration in Britain and all of the things that forged the South Asian community here, and it moved me to tears. I thought, ‘‘Kids are now going to learn we are part of Britain and about the contribution we have made to Britain. We’re not a footnote in history anymore.’’

‘And, for me, that just made everything worth it.’

■ Noises Off is at the Garrick Theatre until January 4, garricktheatre.org

OTHER SHOWS WORTH MAKING SOME NOISE ABOUT…

Two cinematic greats — Tarkovsky and Soderbergh — adapted Stanislaw Lem’s sci-fi novel; now playwright David Greig has a crack at this story about a sentient planet. Reviews from Edinburgh, where it premiered last month, suggest London audiences are in for a treat. Until Nov 2, Lyric Hammersmith, London, lyric.co.uk 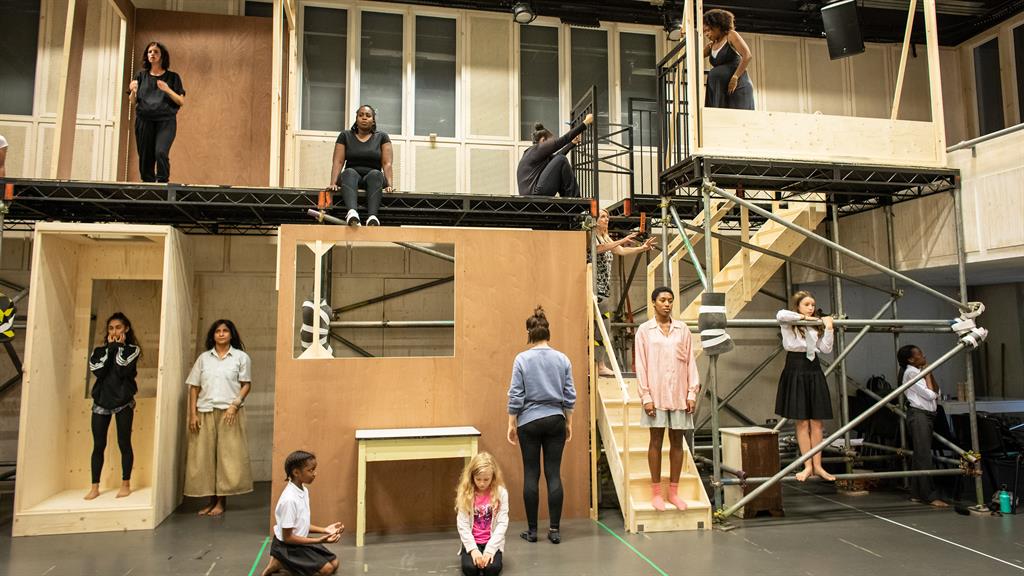 Alice Birch has a cult following for her examination of sexuality and gender in plays at the National and Royal Court. This latest celebrates the 40th anniversary of Clean Break theatre and explores the impact of the criminal justice system on women. Until Nov 30, Donmar Warehouse, London, donmarwarehouse.com

A View From The Bridge 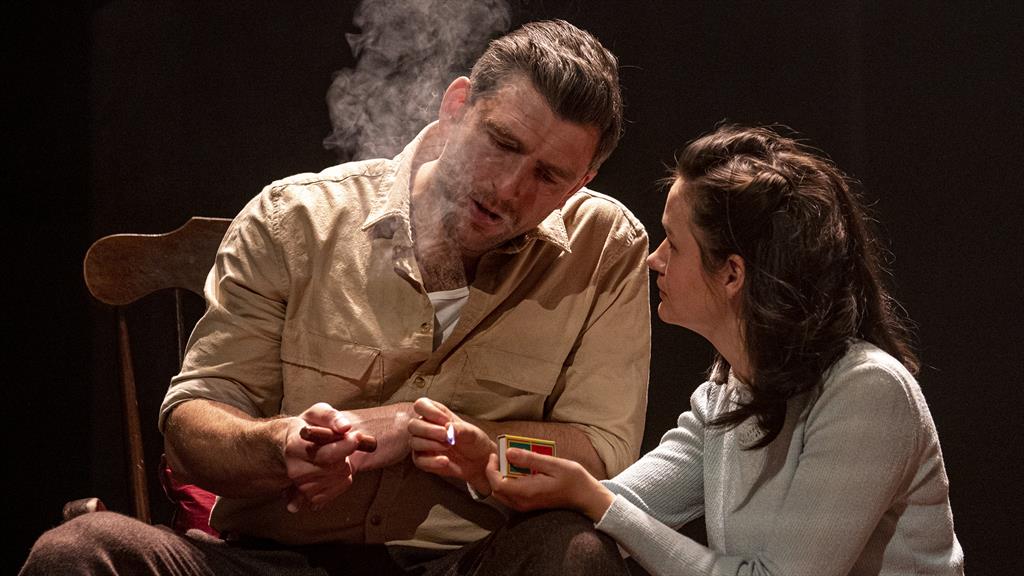 Arthur Miller’s terrific play about a morally upstanding longshore worker beset by sexual jealousy in 1950s Brooklyn gets the Northampton community treatment in this epic new production, directed by Juliet Forster. From Tuesday to October 26. Royal and Derngate, Northampton, royalandderngate.co.uk

There are two revivals; Jamie Lloyd’s production at London’s Playhouse in November, while Tom (Touching The Void) Morris directs a new version of the story about a lovelorn poet who hides his feelings behind a large nose. Tomorrow to November 16. Bristol Old Vic, bristololdvic.org.uk