OUTSIDE of the Edinburgh Festival Fringe, where he tends to sell out night after night, finding out about Mat Ewins’ live gigs can be a bit of a challenge. The kinetic multimedia comedian has taken his ‘not very good at self-publicity’ attitude to such ridiculous extremes that not only does his own website (matewins.com) contain images of men who aren’t him, but he has written an algorithm to randomly produce fake ‘forthcoming gigs’, such as ‘Corporate For The Pheasants Industry’ and ‘Recording Set For Lion Stoats Smile Abattoir’.

‘They’re never real. But then it becomes hard to actually market stuff. I’m starting to realise why The Boy Who Cried Wolf was a parable,’ laughs Mat. ‘I can’t stop pranking.’

How do people find out about his gigs then? ‘I have no idea,’ he laughs again. ‘People turn up, which is always a boon. I think there’s just a general vibe around town. It’s a secret — like Fight Club.’

Fortunately for Mat, who was shortlisted for the 2017 Edinburgh Comedy Award, he has an army of fans who love his eccentric offerings. And fortunately for those who aren’t in the comedy ‘Fight Club’ circle, he is one of the comics taking part in the Upload Comedy Festival, a series of online gigs running until Thursday.

Mat has been making silly clips and video games for years, and specialises in anarchic flights of fancy. For his Upload gig, called Retrospective, Mat is delving into his hard drive full of videos, sketches and jokes. The set includes a James Bond spoof, for which he and some friends rented a stationary tube train, then used green screen to make it look like it was speeding down the track.

He’s always relied heavily on audience interaction, so a show without being able to be with punters in the flesh will be a challenge. But he plans to get people involved virtually. ‘In between the videos, if the tech holds up, my plan is to find three or four people who’ve bought tickets and get them to Skype in. I’m going to try to put them into computer games that will play live. I don’t know if this is going to work, but hopefully it will be funny. I’ve also got a little game based around trying to navigate choirboys around a graveyard. You play a choirmaster, and the pitch you sing at makes the choirboy move left to right around a graveyard, dodging spikes.’

If that feels ambitious, it’s a tame and sensible idea compared with something else he’s working on — for another time. In what sounds like something from a Leonardo da Vinci fever dream, the virtual reality game involves flying an aeroplane by powering an exercise bike. If you don’t pedal fast enough you plunge into the sea. ‘I like the illusion of control,’ says Mat. ‘I love giving the impression that someone’s got agency, then taking it away.’ So, tune in and see whether this ingenuously funny dude manages to stay in control from his own flat. Tickets £5, plus donations welcome and £1 from every ticket goes to the Coronavirus Careworkers Fund.

■ Mat’s show at the Upload Comedy Festival is tonight at 9pm, ​comedyfestivalonline.com

Inside the Upload Comedy Festival

Micky Overman brings her likeable selection of sketches, stand-up, one liners and ‘infotainment’ to her show, Friday Night Live (stream) tonight at 7.30pm. Tomorrow at 7.30pm you can see Ed Night, nominated for best newcomer in Edinburgh in 2017, a master in elevating laughs out of bleakness, in his One Man Lord Of The Flies. 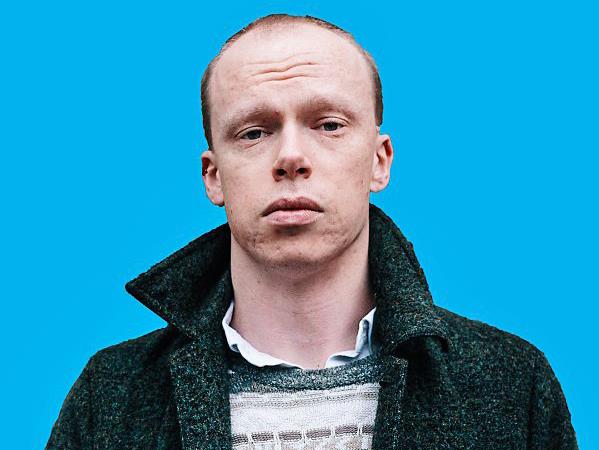 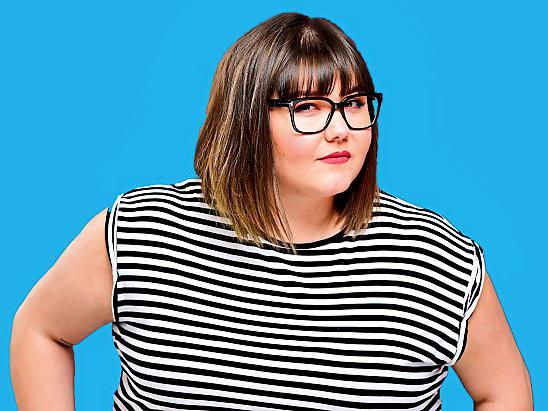 Also tomorrow at 9pm, Heidi Regan, past winner of the BBC New Comedy Award, promises to distract us all with her Slow Burn show and what she describes as ‘properly stupid jokes’ and clever film theories. Meanwhile, earlier in lockdown, four comedians — Fern Brady, Kemah Bob, Alison Spittle and Sikisa — did a Zoom call together for an audition. They didn’t get the parts but decided that they should do something else together, and this is it: Alison Kemah, Fern and Sikisa: Talk Together is on Sunday at 7.30pm. The winner of last year’s Edinburgh Comedy Award, Jordan Brookes has a show called POV at 9pm on Sunday, where he explains why his enemies owe him an apology. At 9pm on Thursday Sofie Hagen’s part chat, part storytelling, part pep talk show is all about How To Be Happy Fat.