AS BANDS curtailed their tours and venues closed their doors due to the coronavirus, many feared that some grassroots clubs might not ever reopen. These independent music venues, which often run at a loss or barely break even, offer a lifeline to acts on their way up.

Which is why Frank Turner has been working to give something back, by streaming gigs using #independentvenuelove, and he has already had an impact, helping to saving the Joiners Arms in Southampton from closure.

‘We’ve been really lucky to work with lots of amazing independent venues over the years,’ says Frank. ‘They needed help even before this. Nobody goes into running a small indie venue to make their fortune. Most were just about keeping their heads above water. I was lucky to work with Independent Venue Week on supporting some of those grassroots places. 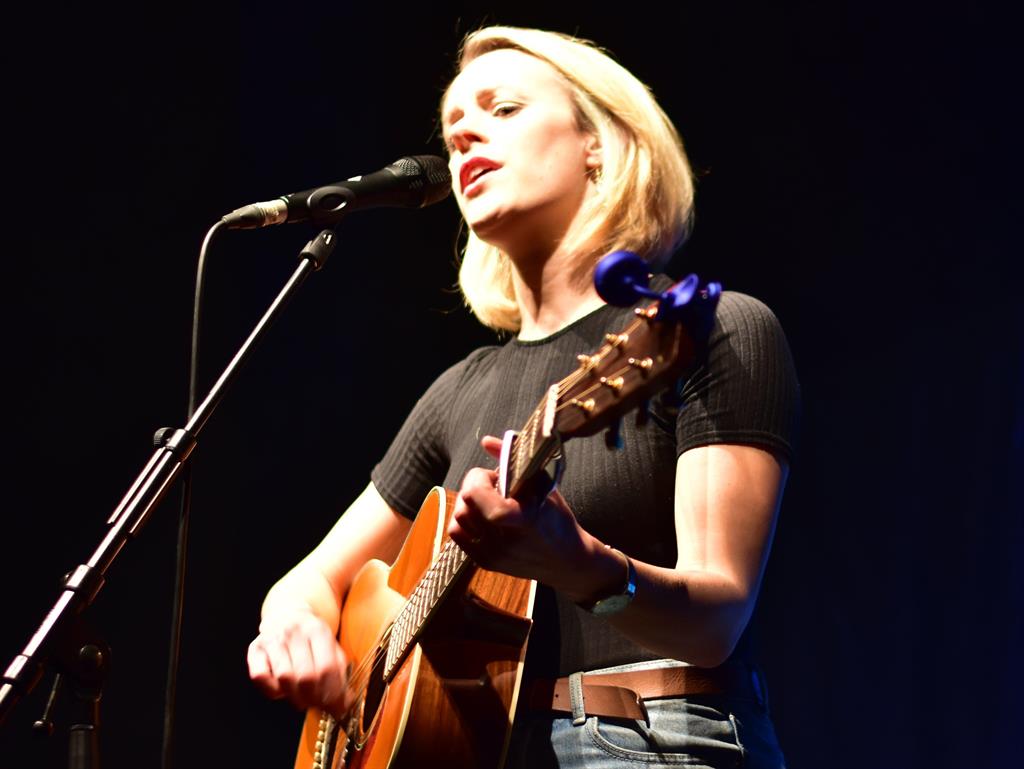 ‘Now, a lot of people who run those places are staring into the abyss, and if I can help mitigate some of their losses, then I’m really glad.’

Frank and his wife Jess Guise are doing a live-streamed show once a week from their flat, playing one of his albums in full, with a virtual tip jar, where fans can donate money to help a small concert hall pay the bills while there are no shows to host.

‘We’re supporting a different independent venue every week, and each one has raised at least £10,000,’ he says. ‘I know it’s only a drop in the ocean, but it’s good to be able to help, even in a small way.

The gigs happen Thursday evenings, at 8.30pm. ‘It was earlier to begin with, and we had the NHS clap in the middle, but to do it properly people wanted to stand on their doorsteps with their communities, so we moved it back a bit,’ Frank says.

There are more gigs planned, too.

‘I’m aware most of them have been down south to start with, but we want to do more northern shows. I’ve got five more albums to go at, and we still have weeks left of lockdown, so look out northern venues, we’re coming for you.’ For fans missing the gig experience, Frank is also releasing a digital album, Live In Newcastle, captured at O2 City Hall last November, during his headline tour in support of latest studio album, No Man’s Land.

As well as the new material, it features unplugged versions from his extensive back catalogue, performed with The Sleeping Souls. More introspective than some of his earlier live shows, it was performed in front of a seated audience and includes personal anecdotes about how the songs were written, shedding new light on old favourites.

‘When we did that tour, it had almost a narrative feel to it and we recorded it in several venues,’ he says. ‘Listening back, I think Newcastle was my favourite and it’s great to have a bit of a feel of the North East in the show. Plus, how many people do a Live In London or a Live In New York? For me to be able to do Live in Newcastle has a great feeling about it.’

He’s also working on some new material, to be released later this year. ‘When this all began, I think everyone who writes songs thought, “Oh, this will be great, I’ll finally do that album I’ve been planning”, and then after a week or so we all realised that every song sounded the same,’ he laughs.

‘In a year’s time or so there’s going to be a lot of albums about isolation. It has given me time to work on some side projects that have been bubbling away, and finish some things I’ve never got round to but, for me, the bit I’ve always enjoyed most is playing live, so I’m itching to get out and about once it’s safe.’

His love for independent venues has been reciprocated with a special lockdown gift. ‘One of the last venues I played before all of this gave us all some toilet rolls to take home,’ he says. ‘It seemed like an odd present at the time, but we were massively grateful when we got home to north London and realised that all the shops here had been stripped bare. It’s slowly getting back to normal now and I think people are getting more used to it.

‘We’re very lucky that we’re able to keep out of it and we have a little bit of outside space on the roof so we don’t have to go out to get fresh air, but I know there are lots of people in flats having a really hard time of it and everybody’s experience of this will be different.

Every week, Frank is fundraising for independent and small venues. Here’s what he’s done so far, and you can join him on Facebook next Thursday as he lends his support to The Parish in Huddersfield. 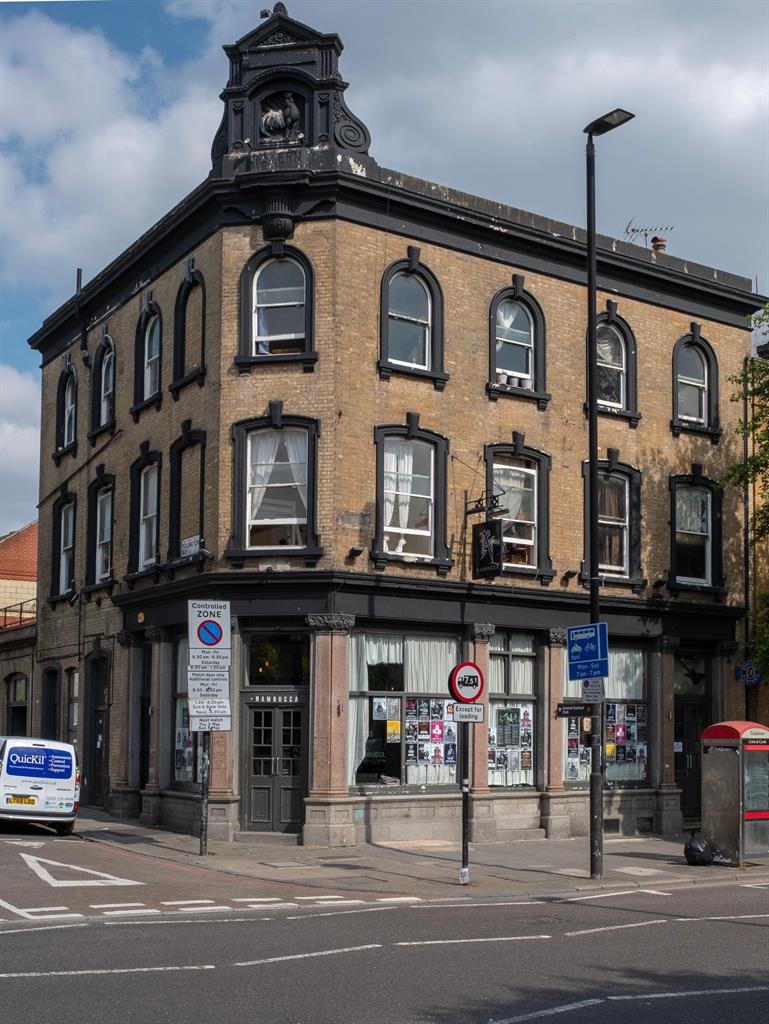 Frank played his first of his Facebook Live fundraisers for the 300-capacity Holloway Road venue which champions nu-folk artists, and hosted early gigs from Marcus Mumford, Laura Marling and Sisteray in their formative years. The show, in which he performed his 2007 debut album Sleep Is For The Week, raised more than £10,000 in donations for his beloved venue. paypal.me/nambucca 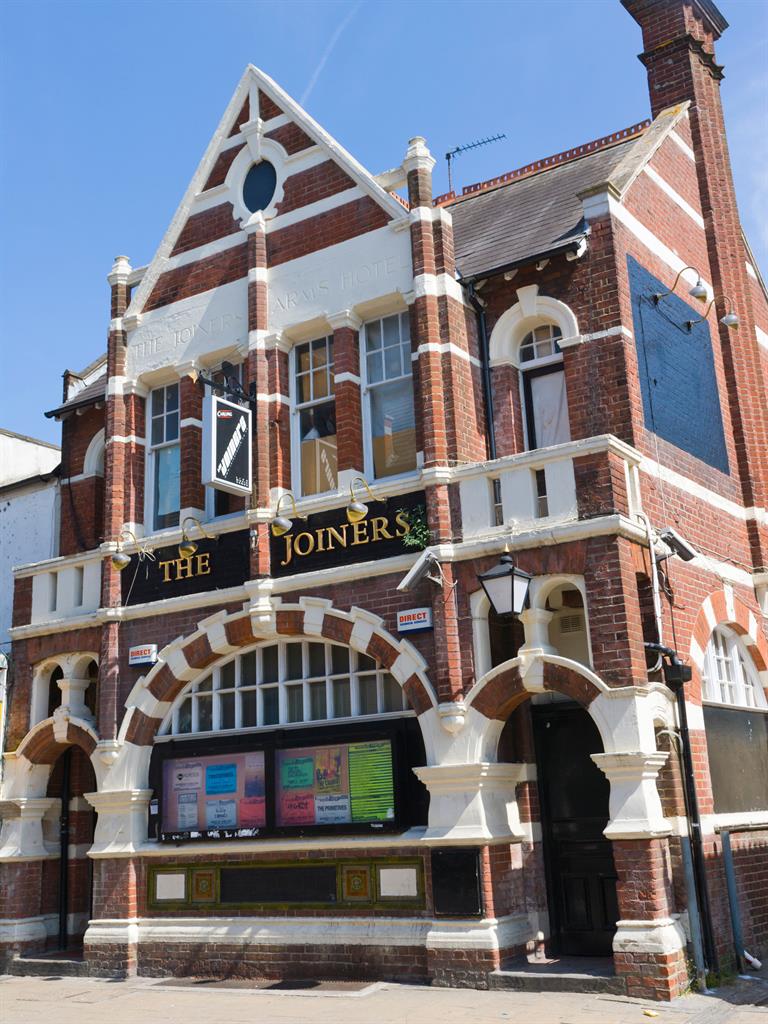 Frank’s second show helped to raise enough funds to save the historic 200-capacity venue, which has been putting on live music since 1968. It has played host to bands including Arctic Monkeys, Coldplay, Manic Street Preachers, Green Day and Ed Sheeran, but was struggling to pay staff wages with no income. Playing his album Love Ire & Song, Frank helped raise more than £13,000. gofundme.com/f/raising-money-for-the-joiners-staff 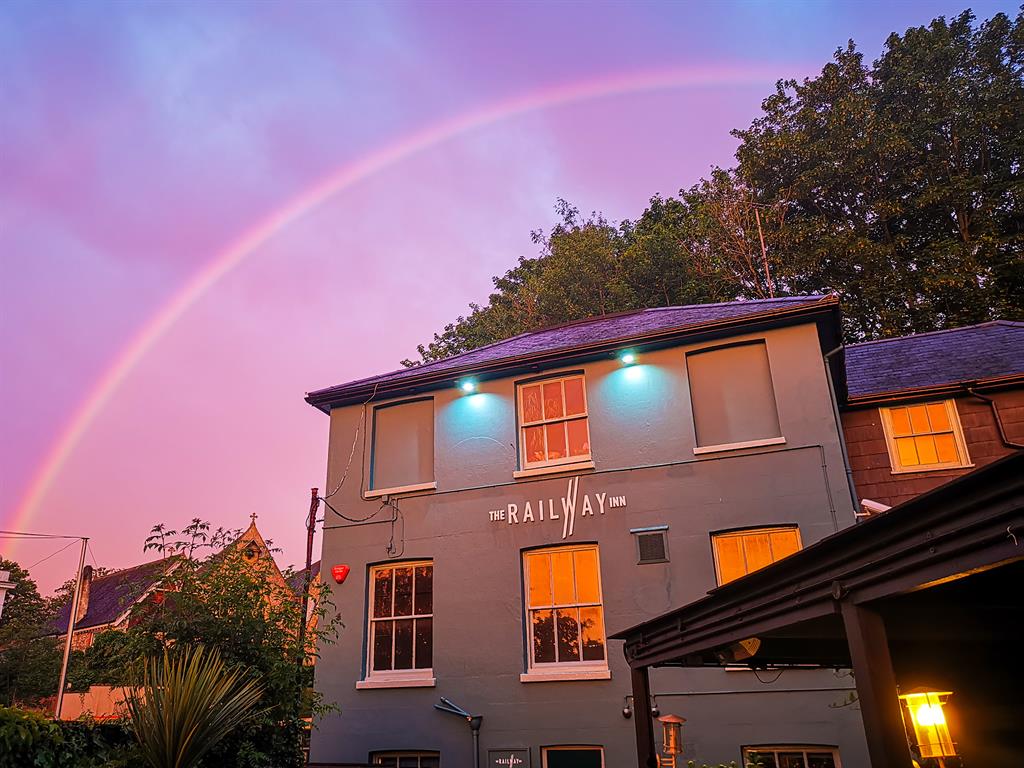 Frank chose his old hometown venue, where he saw gigs in his formative years, for the third show in the series. Playing songs from The First Three Years, he helped to raise more than £17,000 for the 150-capacity pub, which has hosted gigs by Laura Marling (who played her first songs at the Railway open-mic sessions), Razorlight and, of course, Frank himself. crowdfunder.co.uk/railwayinn 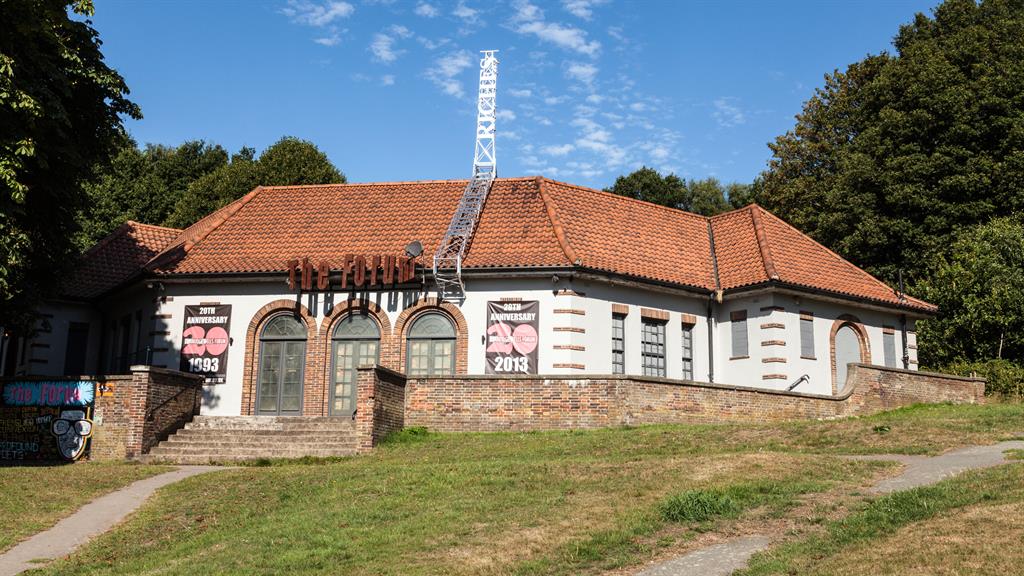 While most of us have been to a venue that’s had plenty in common with a toilet, this 250-capacity venue is genuinely a former public convenience, attached to an old brass-rubbing centre. Last Thursday, Frank played a live-stream concert, including his album Poetry Of The Deed in its entirety, raising more than £11,000 for the Royal Tunbridge Wells establishment. gofundme.com/f/twforum 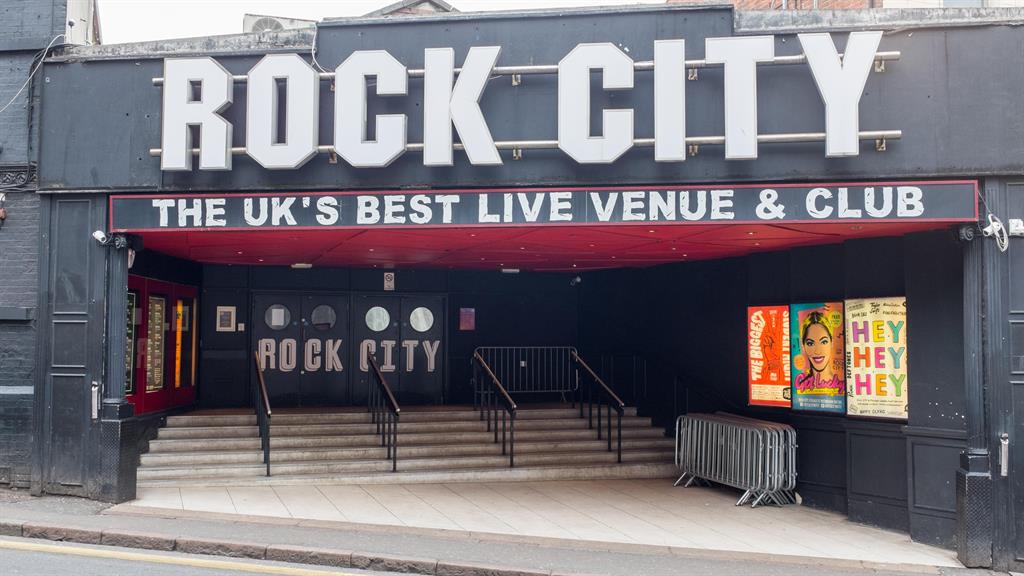 Having been forced to cancel his own recent 2020 tour dates due to coronavirus, Frank marked the day of the Nottingham gig by hosting a viewing party of his Show 2000 DVD, filmed at his 2000th solo show, which took place at Nottingham’s Rock City four years ago. More than 6,000 fans tuned in to his YouTube channel for the screening and live Q&A afterwards. rock-city.co.uk 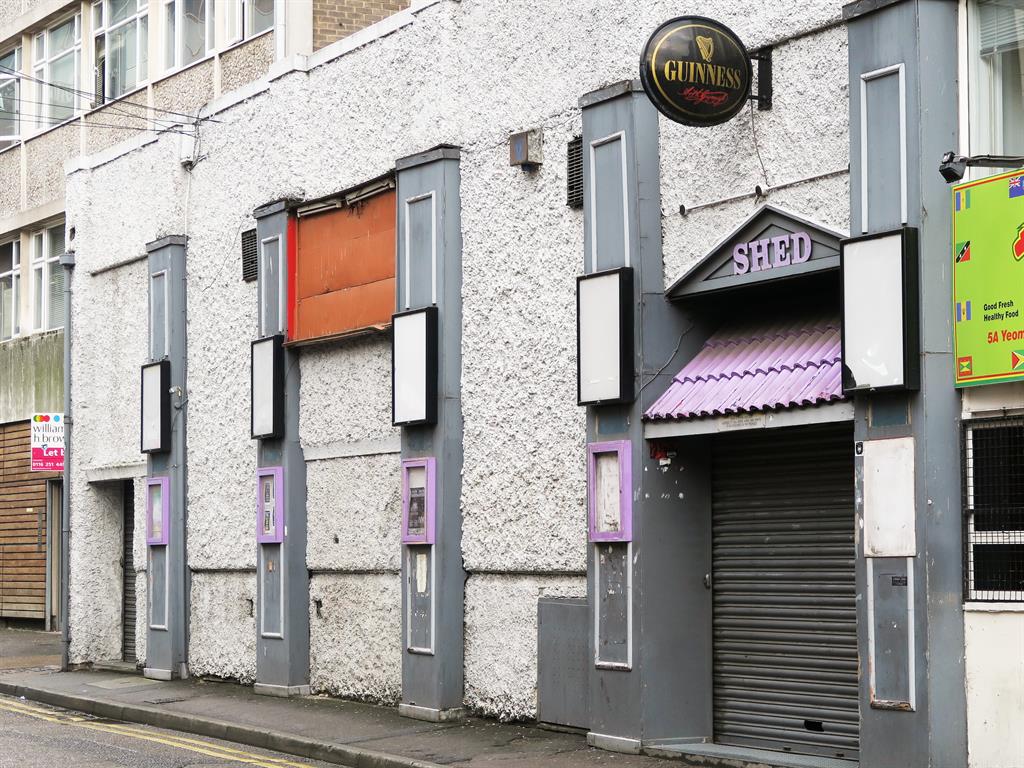 Frank and Jess played their fifth gig in the series, including the England Keep My Bones album, to support Leicester’s oldest grassroots music venue. Three years ago it narrowly escaped being turned in to a block of flats and is now run by music lovers who need to keep paying the bills until it can reopen its doors. gofundme.com/f/getintheshed