The mini-festival celebrating experimental and avant-garde music that sits outside of genres is hosting a series of actual (socially-distanced) shows. It all kicks off on Wednesday with a triple bill curated by the Erased Tapes label, featuring cellist and composer and Nils Frahm-collaborator Anne Müller, saxophonist Daniel Thorne and vocal performer Hatis Noit (pictured above) who’s enchanting work draws on opera, Gregorian chanting, Japanese folk and spirituals. Wednesday to October 29, serious.org.uk/btl 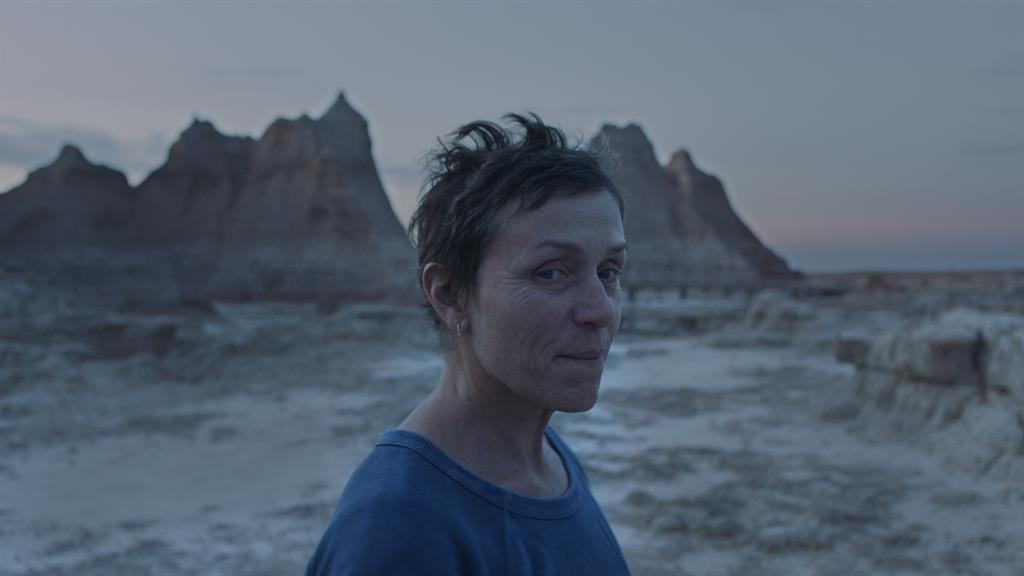 If lockdown means you’ve exhausted all that your TV streaming platforms have to offer, then the 64th BFI London Film Festival is where you’ll find the fresh stuff. The festival’s more accessible than it’s ever been with loads you can do for free, including screenings, filmmaker Q&As, talks and salons. There’s selected in-person screenings at BFI Southbank such as Steve McQueen’s topical Mangrove, about black British activists in the early 1970s, which opens the festival on Wednesday. Other highlights include Frances McDormand in lyrical drama Nomadland (above), Ammonite starring Kate Winslet, Pixar animation Soul, and Spike Lee’s film version of David Byrne’s American Utopia show. With 58 films from 40 countries, plus strands focusing on shorts, animation, immersive XR storytelling and experimental film and video art, boredom isn’t an option. Wed to Oct 18, bfi.org.uk/london-film-festival

The 14th DFF is beamed live and direct to your homes this weekend, with four sessions of spirit-lifting sounds, each featuring three live acts. Highlights include BBC Radio 2 Folk Award winner Lucy Ward, married duo Kathryn Roberts and Sean Lakeman who have been performing for together for 25 years, storyteller and folk troubadour Old Sea Legs, and nature-inspired Kitty Macfarlane. Today to Sunday, derbyfolkfestival.co.uk 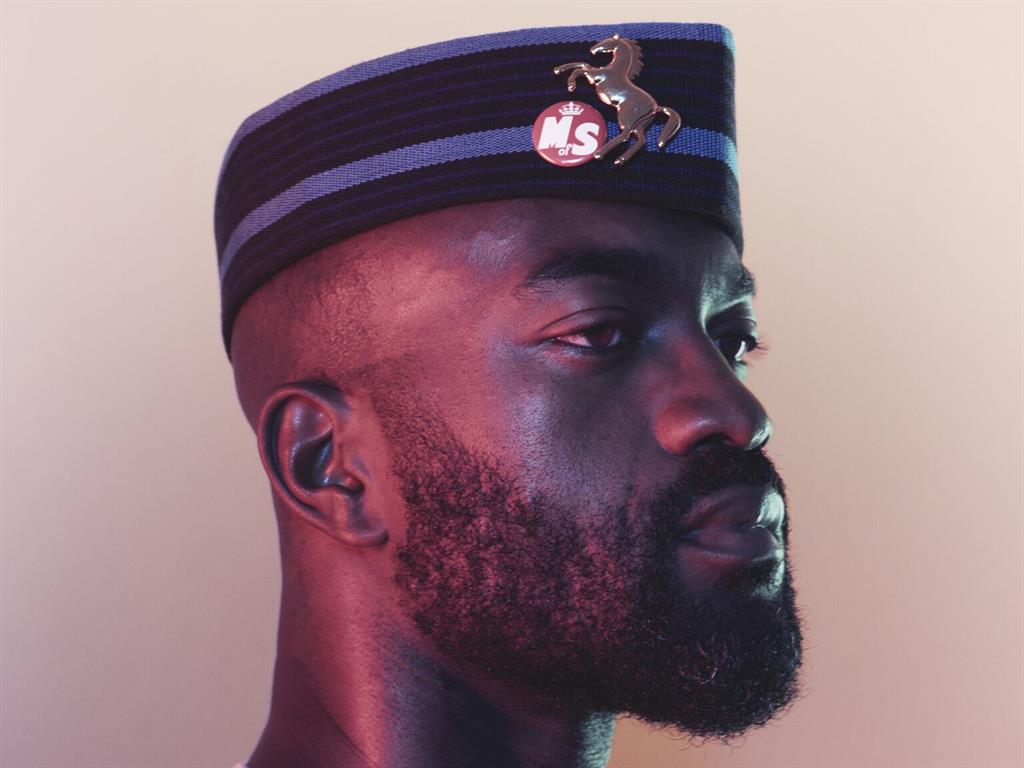 This year the Glasto of literature festivals is a hybrid and hosts around 100 socially distanced, in-person events alongside scores of streamed author talks, readings, discussions and performances — much of which is free to watch. Novelists include Nick Hornby, talking about his much-awaited new novel Just Like You, Andrew O’Hagan, and dating guru Dolly Alderton, while the World Is Waiting strand celebrates leading writers from across the globe such as Marilynne Robinson, Sayaka Murata, Tayari Jones, Akwaeke Emezi and Tara June Winch. A packed programme of poetry features Nikita Gill, Roger Robinson, Romalyn Ante and Inua Ellams (above), and there’s plenty of children’s and YA authors to check out, too. And you can banish the Monday morning blues by joining stand-out performance poet Sophia Thakur at 8am for a free masterclass. Today to Oct 11, various venues, Cheltenham, cheltenhamfestivals.com/literature

Live from the Barbican 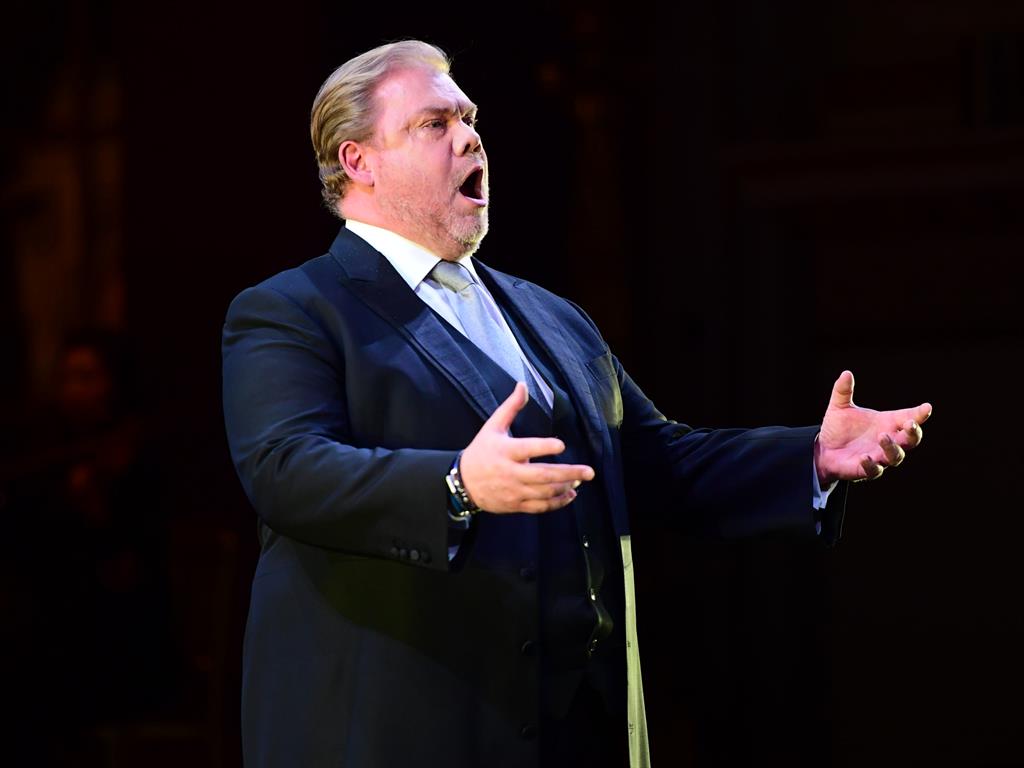 The Barbican opens its doors for proper shows for the first time since March with a concert featuring imperious bass baritone and opera star Sir Bryn Terfel (above) performing material that means something to him, including work by Bach, British composer Finzi and Ivor Novello, accompanied by the Britten Sinfonia. Limited tickets are available to make sure the two-metre rule is adhered to, and you can also watch online. Sunday, Barbican, barbican.org.uk 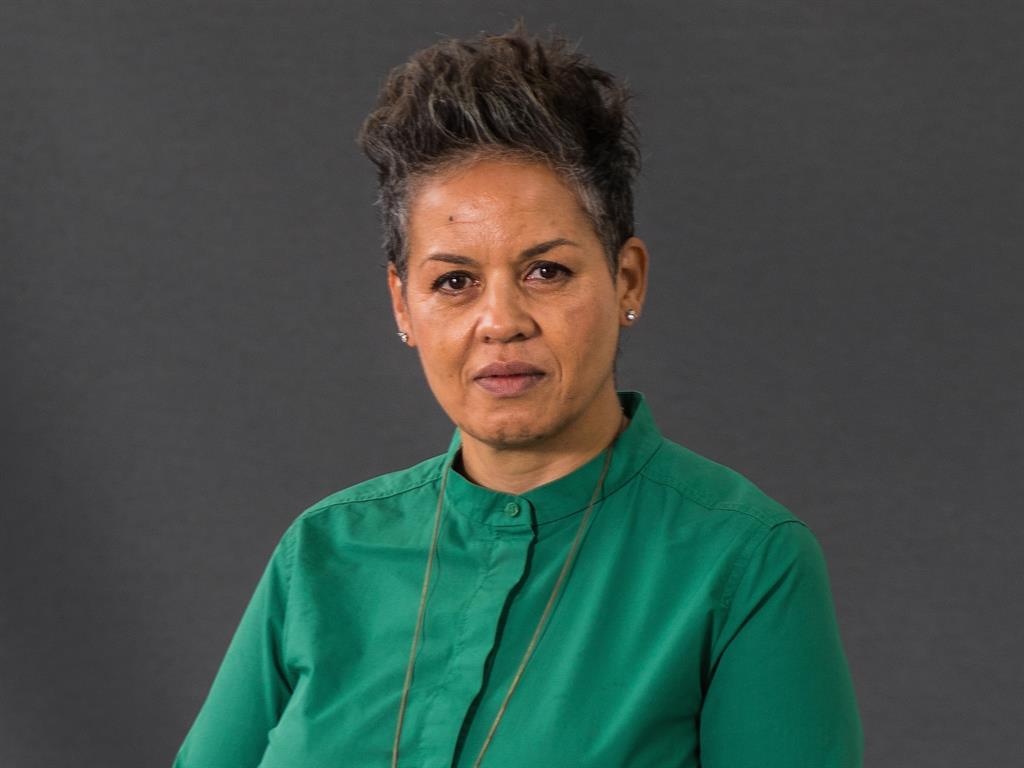 Locked Down. Locked In. But Living.

While theatres have been closed, dance companies Northern Ballet, Studio Wayne McGregor and Gary Clarke Company have found inspiration for new material with a triple bill of contemporary dance pieces reflecting on the theme of isolation. Performed in and around Huddersfield’s Lawrence Batley Theatre, ticket-holders can tune in at the time and date of their choice. Until Oct 18, northernballet.com/locked-down-locked-in-but-living 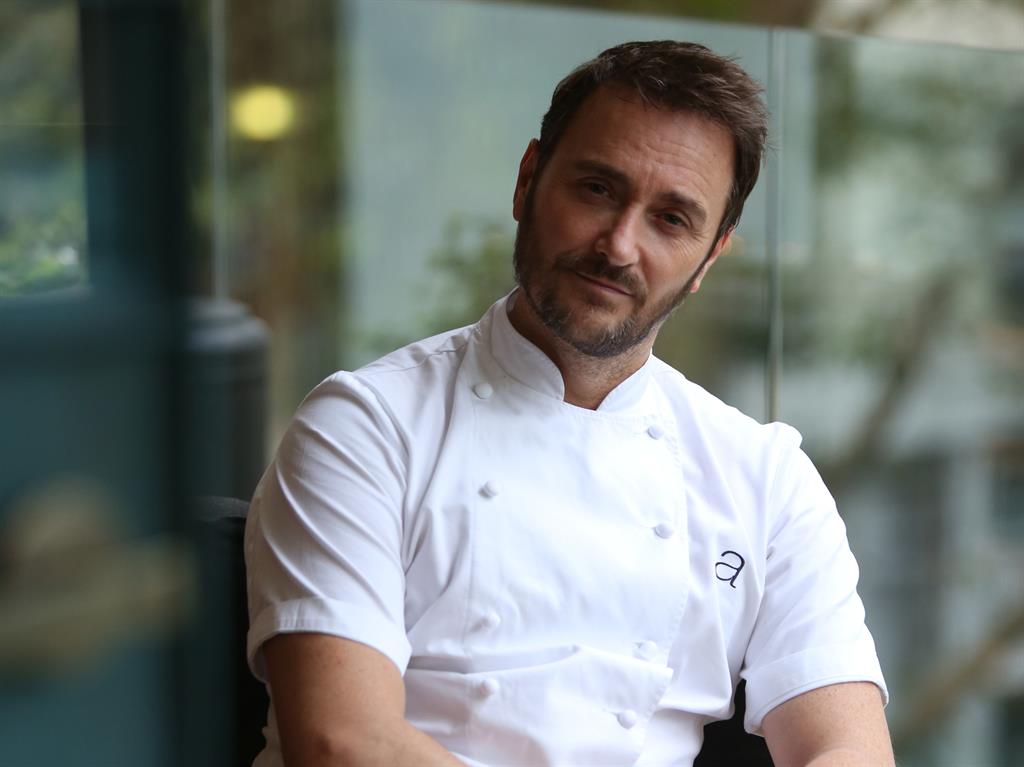 This year’s LRF takes place both ‘At Home’ and ‘In-Restaurant’, with social distancing measures in place. Restaurant experiences include spectacular tasting menus (Wright Brothers, Brindisa, Rake’s) and chefs hosting decadent dining experiences (Atul Kochhar, Jane Alty). The At Home programme features Chef’s Table events, with kitchen virtuosos such as Vivek Singh, James Knappett and Nieves Barragan, virtually showing you how to cook some of their signature dishes. There are also masterclasses focusing on beer, wine and spirits; and on Monday evening there’s a free event hosted by food writer William Sitwell in conversation with three Michelin-starred chefs, Tom Aikens, Andrew Wong and Jason Atherton (above). Until October 31, londonrestaurantfestival.com

Dine In with James Martin 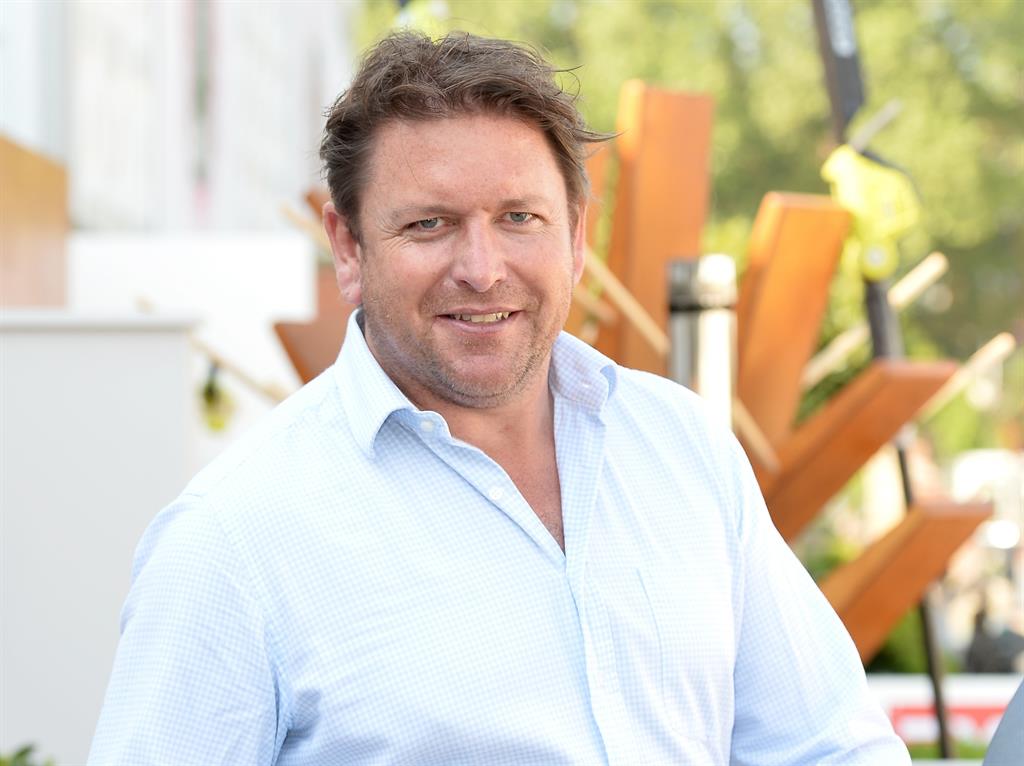 Join the ubiquitous celebrity chef for his first ever live virtual cookery masterclass — where he’ll be on hand to guide you through whipping up a three-course meal (halloumi with chilli jam; chicken sauté; raspberry tart) in a 90-minute session. It’s interactive, so you can ask questions and pick up tips. James says: ‘This will be unlike anything I’ve ever done before as I’ll be beamed directly into people’s homes and while they will see what I’m doing, I’ll also be speaking to some people to see how they are getting on.’ Tomorrow, 6.30pm, livenation.co.uk 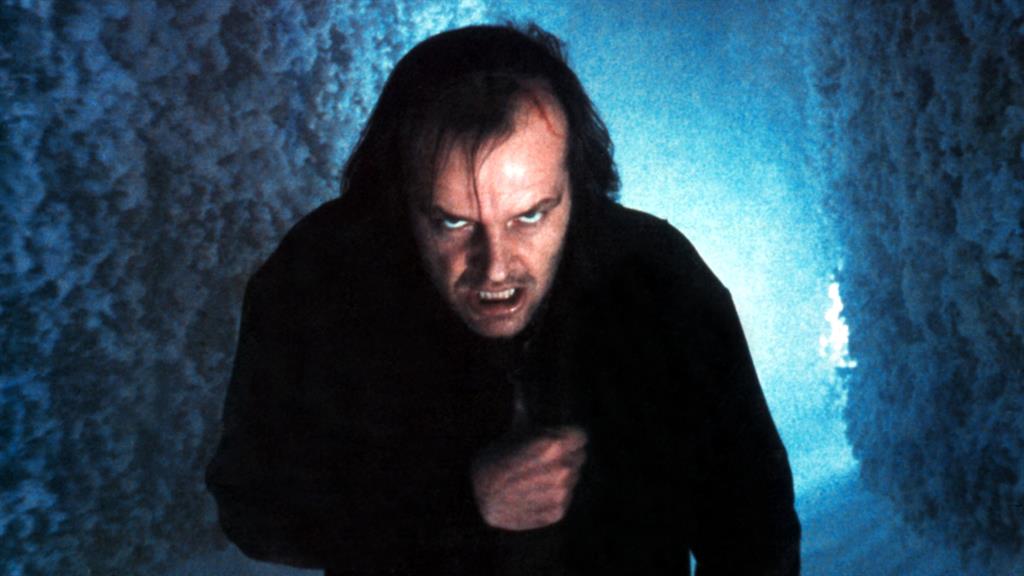 How do you hide behind the sofa in a car? We’re about to find out as Luna Cinema Drive In takes up residency at Thorpe Park for Halloween, with a delicious selection of spine-chilling movies from across the decades, including The Shining, The Exorcist, Jaws, Scream, A Nightmare On Elm Street, The Silence Of The Lambs, The Blair Witch Project and Get Out, plus more family friendly films such as Hocus Pocus, Ghostbusters, Caspar and Beetlejuice. Thursday to November 1, Thorpe Park, lunadriveincinema.com/surrey-thorpe-park