EVERY June, thousands of rock fans make a yearly pilgrimage to Donington for the mighty Download festival. But not this year. The line-up had been fantastic: Iron Maiden, System Of A Down and the rock powerhouse that is KISS. But it wasn’t to be: like every other summer festival, Download was cancelled.

When we spoke to KISS co-frontman Gene Simmons before lockdown, he had been stoked at the prospect. ‘Any time I come to England, it still excites me. America invented flight and computers, and turned night into day by inventing electric lights and rock’n’roll. We gave the world Grateful Dead, you gave the world The Beatles and Queen, oh my God! Every year, you keep bringing out more. I don’t know how and why such a small place is so successful.’

He likes British festival-goers, too. ‘We’ve played and headlined Download and Monsters Of Rock quite a few times. In America, if it rains at a show, people run for cover. At Download, when it rains everyone jumps up and down in the mud saying “so what!” You’re used to it.’

But there won’t be any mud this year, of course. Yet fans are not set to miss out completely as Download TV arrives this weekend, and will be streaming archive sets from all the headliners as well as Korn, Deftones and many more.

If it pours it down (and it looks very much like it might), then you can watch from the comfort of your living room, though you might want to pull on your wellies for old times’ sake.

KISS headline tonight, with a replay of highlights from their mammoth set from 2015. Those who haven’t been KISSed before should, says Gene, brace themselves. ‘All those young freckle faces will get a proper kick in the nuts,’ he shouts.

‘We’re a band that takes no prisoners. When we started 46 years ago, we decided to put together the band we never saw onstage. We bring more firepower than most third world countries. We shake the heavens.’

The band had been part way through their End Of The Road World Tour, with the final goodbye orginally planned for New York next month. The whole thing is now, of course, on hold, although the band is promising to reschedule at the earliest opportunity. But for Gene, who has been a vocifierous advocate of staying at home throughout the coronavirus crisis and has regularly paid tribute to frontline workers, there are more important things to worry about now.

‘The only way is the lonely way,’ he has said, advising the KISS Army, as the band’s fans are called, to ‘assume everybody out there is a zombie’ in a bid to encourage people to stay at home. ‘Stop hanging out with everybody. Stay home if you can.’ And for those, both in the US and in the UK, who are tempted to break the social distancing rules, he has a clear message.

‘What’s the burden? The burden ain’t much of anything, We should all shut up and get over ourselves, and that includes yours truly. This will get better, I promise you. Take my word for it, OK? It’s all gonna work out.’ The band has even released some merchandse to help drill home the message. As well as a range of face masks (who could resist?!), there’s T-shirts for what Gene is now dubbing The Stay At Home Tour. The profits help support the live music crews who are unable to work at the present moment.

But back to tonight’s trip back in time. The 2015 set, which brought the festival to a blistering close, was described by one critic as an ‘eruption of explosions, fireworks, zip-wire acrobatics and Olympic-standard hard rock gurning’. Gene had strutted on stage announcing, ‘You wanted the best, you got the best,’ before the band put in a characteristically OTT performance. 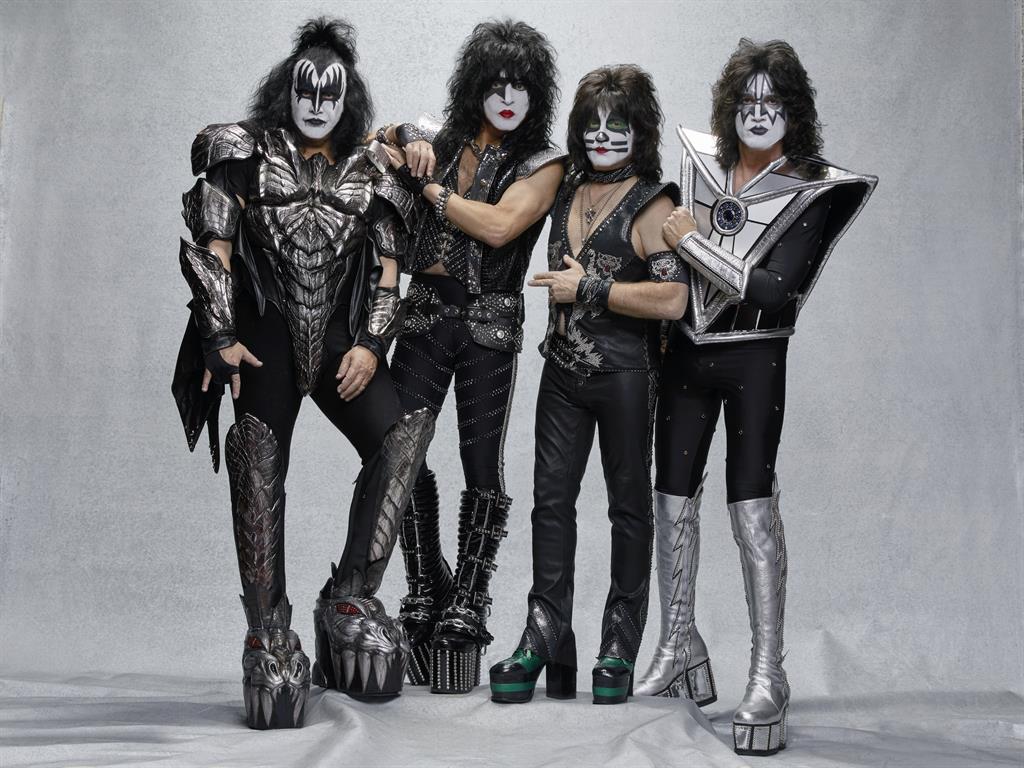 A highlight, as always, says Gene, is I Was Made For Lovin’ You. ‘I’m 6ft 2in and I weigh 235 pounds. I’m a big guy — the prospect of singing in falsetto has never been my favourite thing, but when we do it, the crowd starts to jump like biblical locusts. I’m giving you some good stuff here!

‘Even if you hate KISS, you will see the best show you have ever seen in your life,’ says Gene, as humble as ever. ‘That’s our job. We’re not here to convert you. Godzilla doesn’t give a f*** if you like him, he’s just Godzilla. He doesn’t wonder if they like him, he’s just going to destroy Tokyo. That’s what we do.’

So, get the KISS facepaint ready and prepare to rock your living room like it’s never been rocked before. And while we wait to hear the rescheduled tour dates, Gene has just one message: ‘Stay healthy and we will be back rocking you all very soon.’ We can’t wait.

TURN your living room into a sweaty moshpit for a 20-hour marathon of ear-drum shredding rock, courtesy of Download Festival.

Over three evenings, there are three headline shows, kicking off tonight with KISS’s epic appearance at Download 2015, an original audio-visual experience with heavy metal legends Iron Maiden (tomorrow) and three System Of A Down (Sun) shows cleverly spliced together from their appearances in 2005, 2011 and 2017. More than 30 bands will be making an appearance over the weekend, including Korn, Deftones, Frank Carter & The Rattlesnakes, Creeper, The Darkness and Bowling For Soup.

When you need some respite, look out for mindful sessions, backstage interviews with artists and cook-outs with MasterChef’s Simon Wood and YouTuber Nat’s What I Reckon. Tune in via Download’s YouTube channel and get your distanced mosh on via #downloadtv. Today till Sunday, downloadfestival.co.uk/download-tv