TOMORROW night Maximo Park will be stepping out on stage in front of a live audience. Time was that this was hardly news, but these days live performances are a rare thing to be treasured more than ever.

On top of that, it’s a return to their home turf of Newcastle, for a socially distanced performance at the Virgin Money Unity Arena in Gosforth Park.

‘I’m very excited,’ says frontman Paul Smith, ‘mainly because we haven’t played since last November, and I’m itching to get on stage and do what comes naturally.

‘I’ve looked at the pictures and stuff and, as somebody who’s not a big fan of a mosh pit when I go to gigs, it actually looks really, really enticing to me. I like to be within a distance where I can feel part of it, but my sweaty mosh pit days are over. I realise it’s probably the antithesis of a lot of people’s ideas of going to a gig but considering the circumstances, it’s amazing that the promoters and the local council have managed to make the show happen and employ people as well.

‘We’ll go out and give it our best shot and put in the usual amount of passion and energy, and see what we get back from our local fans.’

For those who aren’t able to get tickets, Maximo Park have plenty else in store — with the launch of MaximoTV.

Set up as a one-stop place for videos, interviews, live sessions and more, it should help soften the blow of not being able to seem them live. 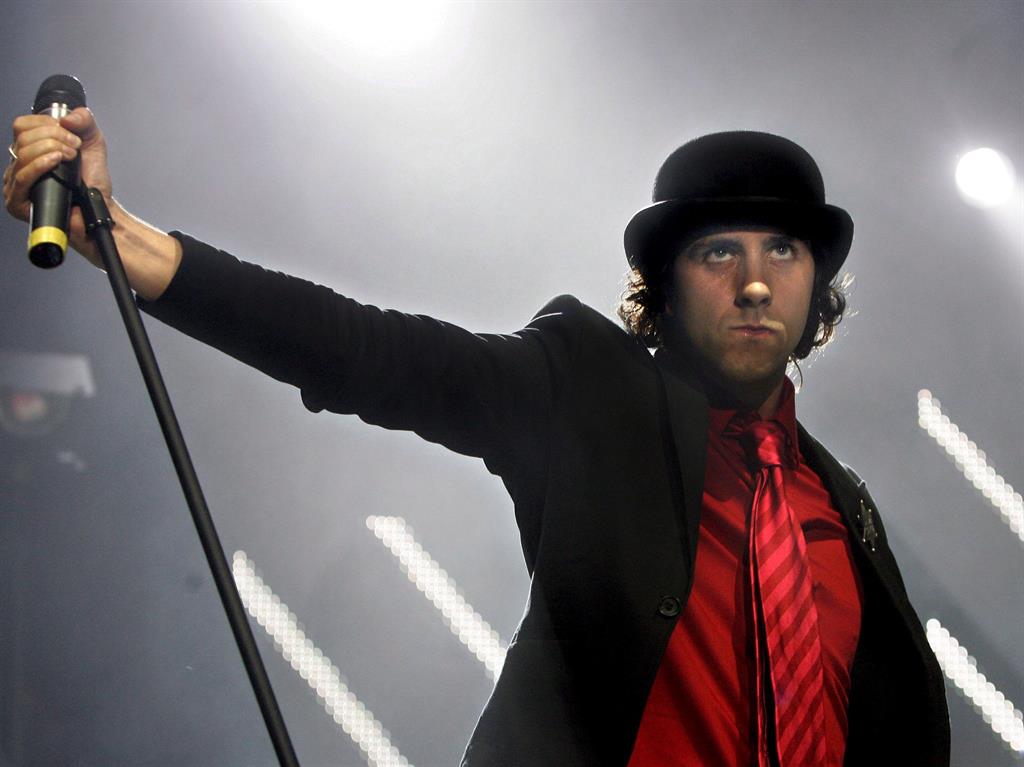 ‘It’s been odd to think that all of this stuff is out there… you realise how much has amassed over the last 15 years since our first album came out’ laughs Paul (above).

‘I just can’t bring myself to look at it because every time I see stuff from the past, even from five years ago, I cringe at how I look. We’re sifting through it all going, “yes, there’s too many versions of Apply Some Pressure, but what happened to the What Equals Love? video that we put out three years ago?” There’s been a lot of exploring.’

And the band reckon they’ve managed to unearth some treasures to delight even the most devoted fans.

Paul says: ‘There are some German videos that maybe people in this country haven’t seen, and we’ve done a lot of different sessions out there and all sort of TV events. We feel like it’s almost a good way of reintroducing ourselves, even to people who know us well. Tune in any time over 24 hours, and you’ll probably get something totally different.’

There’s also plenty of new material to come. ‘I’ve had my hands full at home with my young daughter, but we’ve managed to make a new record during this time — the details of which will emerge over the over the next month or so, hopefully,’ he teases.

A recent Vice article listing the Top 50 Greatest Landfill Indie Songs of All Time featured two by Maximo Park, and the band subsequently trended on Twitter as fans rushed to their defence. Paul can see the funny side. ‘We’ve always tried to think about what we’re doing as well as having this sort of visceral thrill of pop music,’ he says.

‘There’s always been a slightly cerebral element to it. You don’t want to overstate that, but I’d be reading from a book every now and then on stage when we first started out, and it helped to mark us out from the crowd.

‘We’re still making music that’s vital and exciting, and yet we’re not harking back to a different time. We’ve always moved on with each record. With putting the new record out, we’re not going to sort of hold back, there’s been a kind of yearning for things to happen and for things to listen to.

‘It was a bit of a headscratcher to be called that, but also very nice to see people sticking up for us!’