LIKE millions of people around the world, flamboyant former American Idol winner Adam Lambert, 38, has found his work plans thrown into chaos by coronavirus.

First, he had to cancel gigs in Las Vegas promoting his new solo album, Velvet. Then, he announced on Tuesday that his UK tour as Queen’s frontman, scheduled for June, has also been postponed until 2021.

Adam, however, who is currently confined to his Los Angeles home as part of a US lockdown, has kept things in perspective. 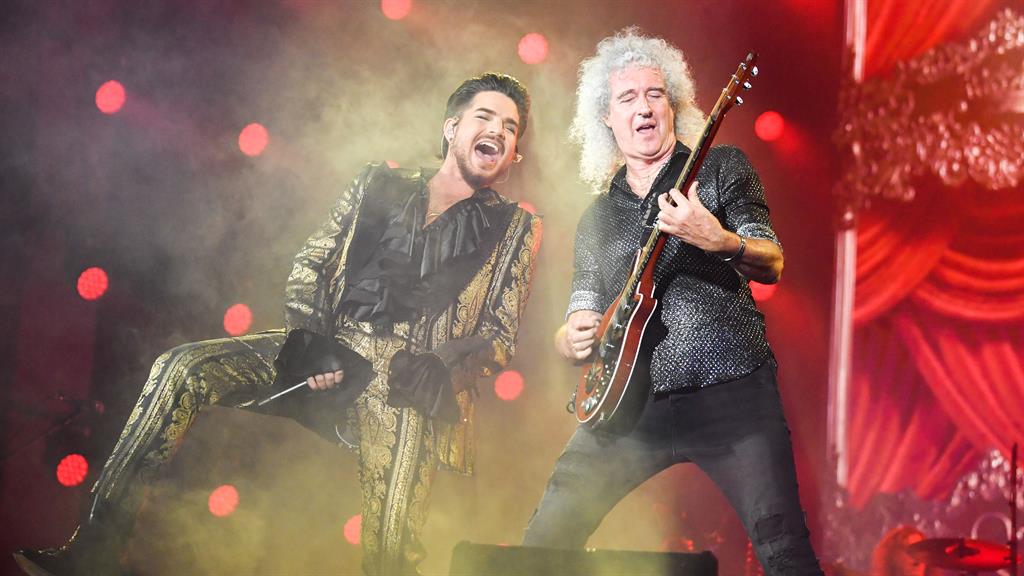 ‘The morning it all started and everything got cancelled, I got a bit anxious. But I put on a Bob Marley record and poured myself some champagne and thought, “It’s just going to be what it’s going to be. It’s better that we’re safe than in harm’s way.’’’

Adam won American Idol in 2009 and went on to become one of the most successful contestants in the show’s history. And his route to stardom is amazing. He sang Bohemian Rhapsody in his audition tape, performed with Queen on the talent show final, and went on to become their new frontman. Since then, there have been some spectacular shows, including performing to half a million people in Kiev.

The UK tour was to have featured some of their biggest gigs to date, including ten nights at The 02, with Queen’s popularity enjoying a resurgence thanks to the award-winning Freddie Mercury biopic, Bohemian Rhapsody.

‘We were doing just fine before the film came out, but now it’s gone through the roof. It’s brought new fans to the band,’ says Adam. 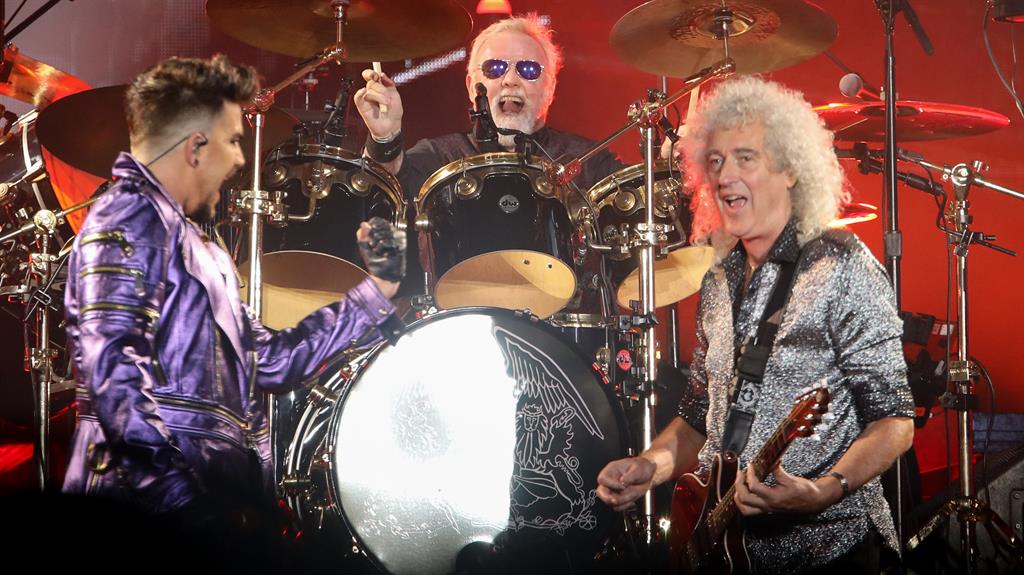 But with that tour postponed, Adam has more time to focus on his solo tour in September, which he hopes will still be going ahead.

‘Velvet’s going to be the focal point of the set,’ he says. ‘I’ll be doing a couple of songs I haven’t done live before from my other albums, and I’ll tweak the arrangements to match the Velvet sound.’

He describes Velvet, his fourth solo release, as being more organic than his previous work.

‘There’s more instrumentation and it’s a little more soulful. I was inspired by music from the 1970s and early 1980s,’ he says.

‘The themes are my love life, dating and longing. The good, the bad and the ugly, and also self-empowerment. There are songs about loving yourself, as well as finding someone else to love. A lot of my fans think of themselves as outsiders, as do I, and these songs are intended to give people a sense of pride.’ 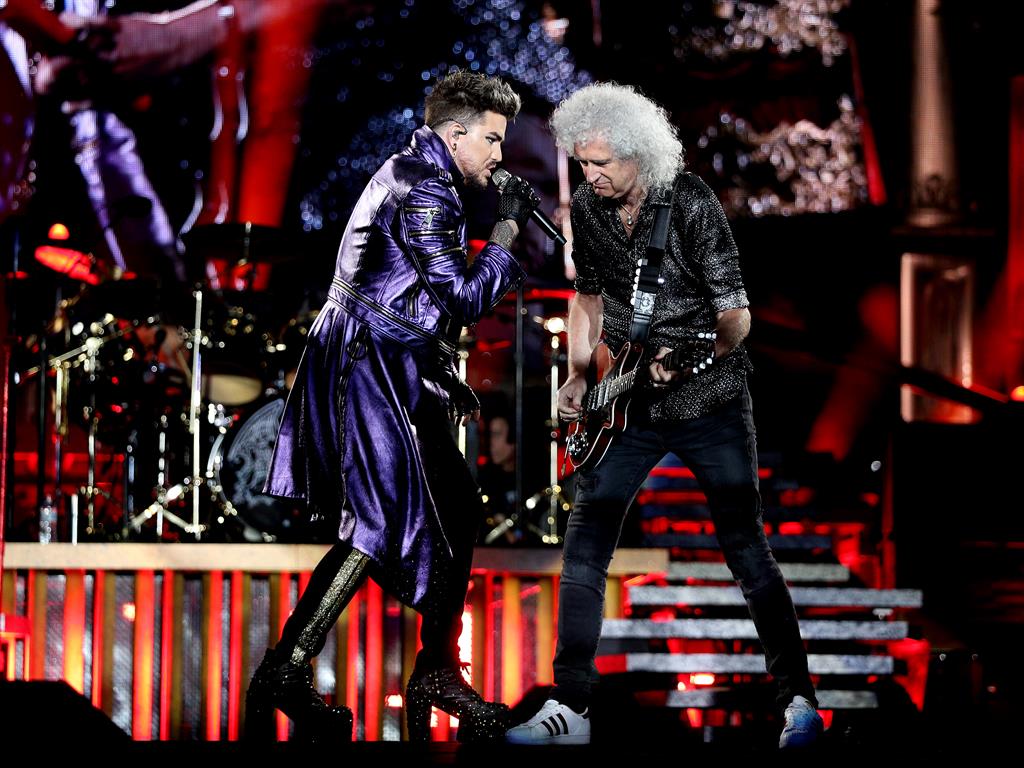 Adam says the change in musical direction in the five years since the release of his last album, The Original High, necessitated a break with his former management team and record label.

‘It’s easy to look at songwriting as competition,’ he says. ‘I’ve worked with plenty of writers and producers who are really good at it — they know what’s about to become trendy, what’s going to get on the radio and what’s going to be a hit. I’m not rejecting that fully — it’s just easy for that to overpower the creative part of things. I was getting overwhelmed by the hustle.

‘I was getting envious of independent artists who get to make the music they want to make. I made this album for myself. It’s music I love listening to over and over again — it’s not so much of a people-pleasing approach,’ he admits.

The first performer Adam went to see in concert as a child was Paula Abdul, while the most memorable he says was Prince in New York. 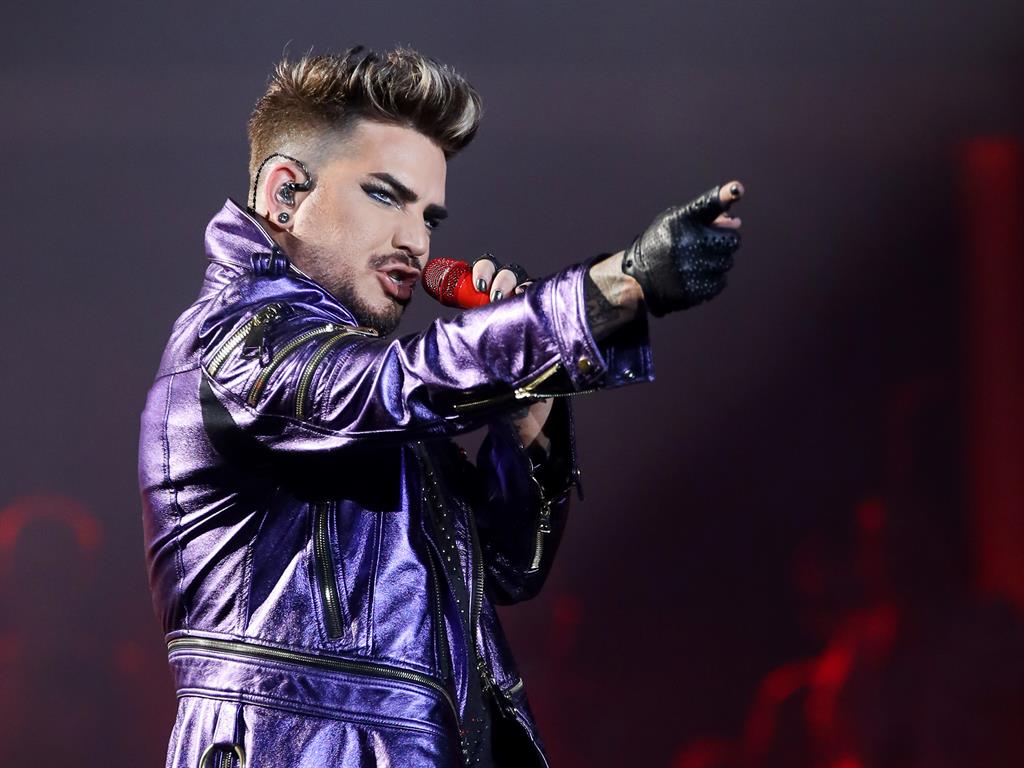 Adam had left an MTV Video Music Awards after party and was looking for somewhere else to go at 2am when he walked past a small club and heard some ‘cool music’. The bouncer recognised him from American Idol and showed him to a seat near the front of the stage.

‘Prince was jamming with ten other musicians on stage. I just couldn’t believe it. It was like a dream,’ he adds.

Adam says he hopes to create a similarly bohemian atmosphere for fans on his solo tour.

‘I want you to walk in and feel you’ve gone to a different time, like you might see at a gig in Times Square in 1977 in New York. Like you have to get there by going via a back alley and you have to know the password and you have to be dressed really f***ing cool,’ he laughs.

And he has some good advice for fans who are looking forward to seeing him here in the autumn. ‘Always go for it. I like it when people have fun with their outfits. Don’t be concerned about what people think. As far as fashion is concerned, I say more is more. But musically, well, at the moment, for me, less is more…’

■ Velvet is out now. Stay up to date with Adam’s tour schedule at adamlambert.net