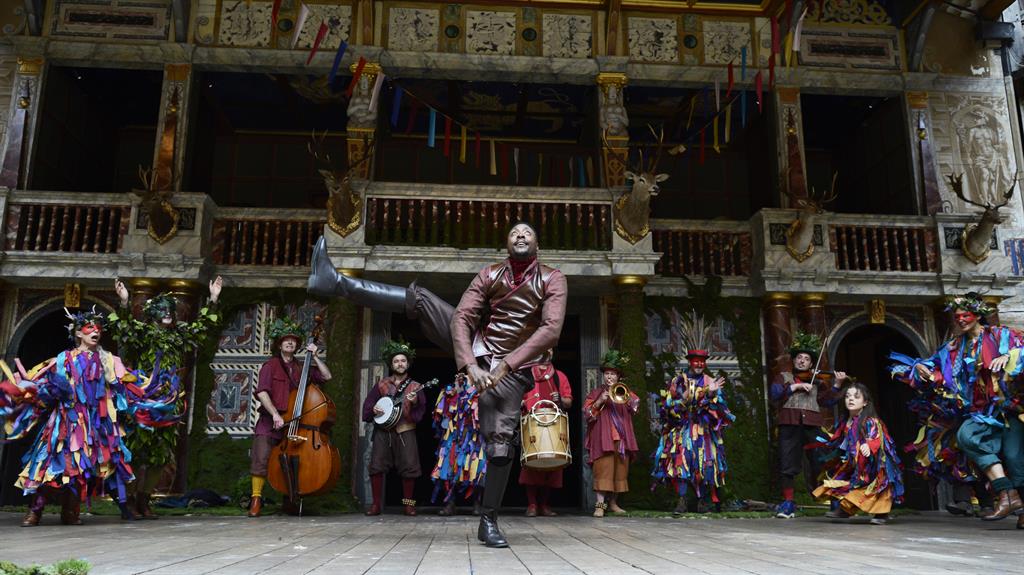 Enjoy the magic of Shakespeare under the stars from the comfort of the sofa or bed with Shakespeare’s Globe’s dedicated streaming platform. It hosts over 70 productions, spanning the Bard’s comedies, tragedies and histories, as well as productions performed as part of the Globe To Globe Festival in languages including Hebrew, Swahili, Gujurati and Turkish. globeplayer.tv

V21 Artspace is a platform and one-stop shop where you can go on 3D virtual tours and walks through multiple exhibitions, museums and heritage spaces. Currently it’s hosting free, up-close visits of more than 50 exhibitions, including Kindness by David Shrigley, Hassan Hajjaj’s The Path and Rare & Unseen photographs by Terry O’Neil. There’s also the collections of the Museum Of The History Of Science, The Silk Mill, Derby Museum And Art Gallery, and Nottingham City Museums And Galleries. v21artspace.com

Bowler hat and umbrella-sporting Joolz offers walking tours of London, and his YouTube channel has become a hit with its fun, easily accessible insights into what can sometimes be an overwhelming city. Joolz takes you mudlarking on the Thames, on a Harry Potter tour of London, to the capital’s best old pub, reveals Camden’s music history and much, much more. Whether Joolz would describe himself as a YouTuber, is up for debate. youtube.com/user/Joolzybaby

Leave A Light On

From Monday, the Theatre Cafe, ‘the stagiest place in London’ is teaming up with Lambert Jackson productions, for a series of concerts with performers starring in West End shows. The plan is for three, 45-minute concerts each day, from big names and emerging talent. Keep an eye on the Theatre Cafe and Lambert Jackson productions Twitter feeds for daily info. thetheatrecafe.co.uk 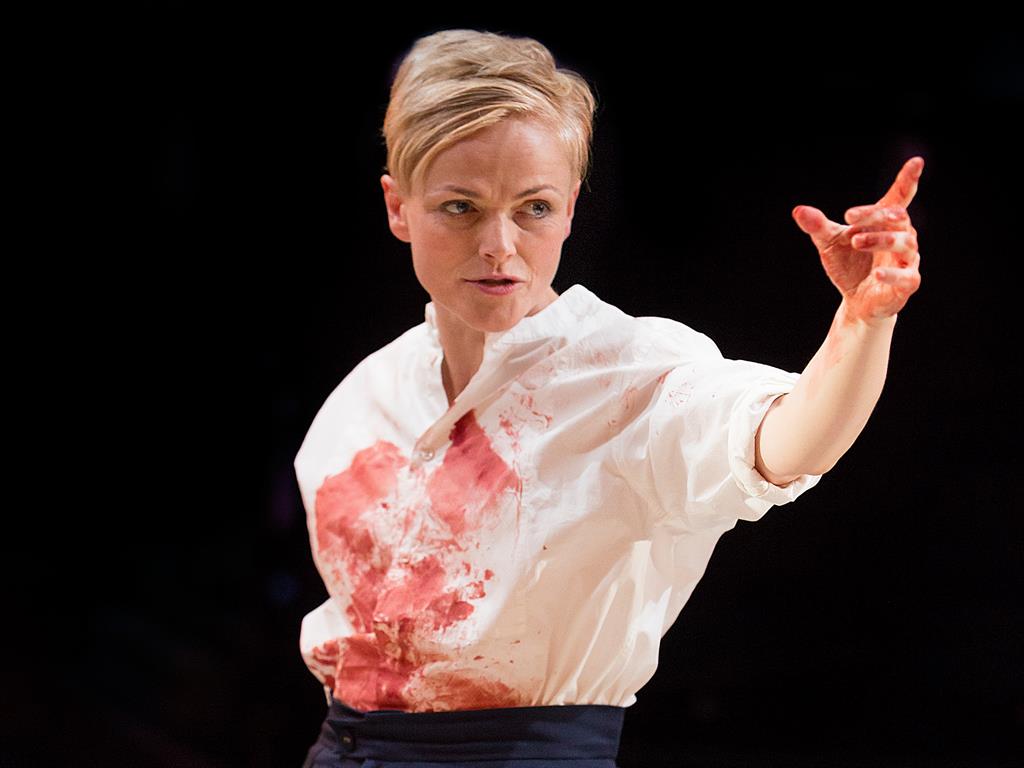 Digital Theatre does what it says on the tin, streaming lauded plays and productions, spanning theatre, dance and opera. It includes Sheridan Smith in musical Funny Girl, Maxine Peake as Hamlet (above), Anthony Sher in the RSC’s King Lear, and classic plays such as All My Sons (2010) with Zoe Wanamaker and David Suchet, and Steven Berkoff’s Salome (1992). digitaltheatre.com 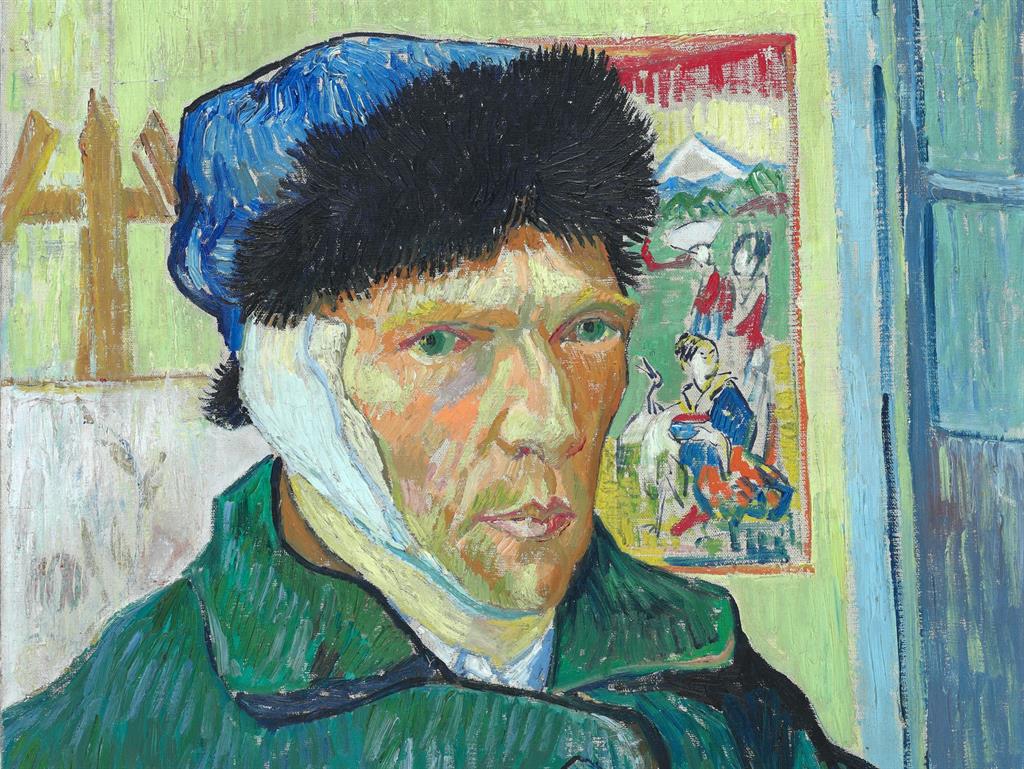 Perhaps because it’s closed until spring 2021 while it undergoes a major revamp, the Courtauld’s online game is super-strong. You can take a 3D tour through its rooms and artworks, including paintings by Van Gogh (above) and Gaugin, while the gallery’s expert team discuss the collection on its YouTube channel, where there’s recent talks and a tour with actor, Bill Nighy. courtauld.ac.uk/gallery/about/3d-gallery-virtual-tour

The Museum of the World 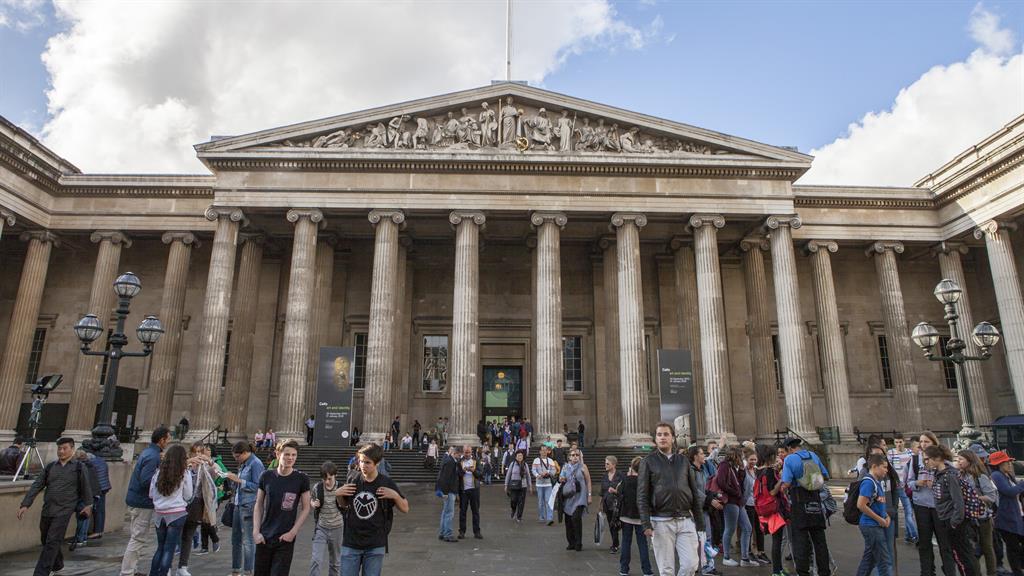 The British Museum (above) and Google Cultural Lab offer a dazzling interactive survey of objects from 2,000,000BC to 2000AD. Items include a 1.8million-year-old chopping tool, African rock art from around 8,000 years ago and Assyrian figures plundered in the 19th century. britishmuseum.withgoogle.com 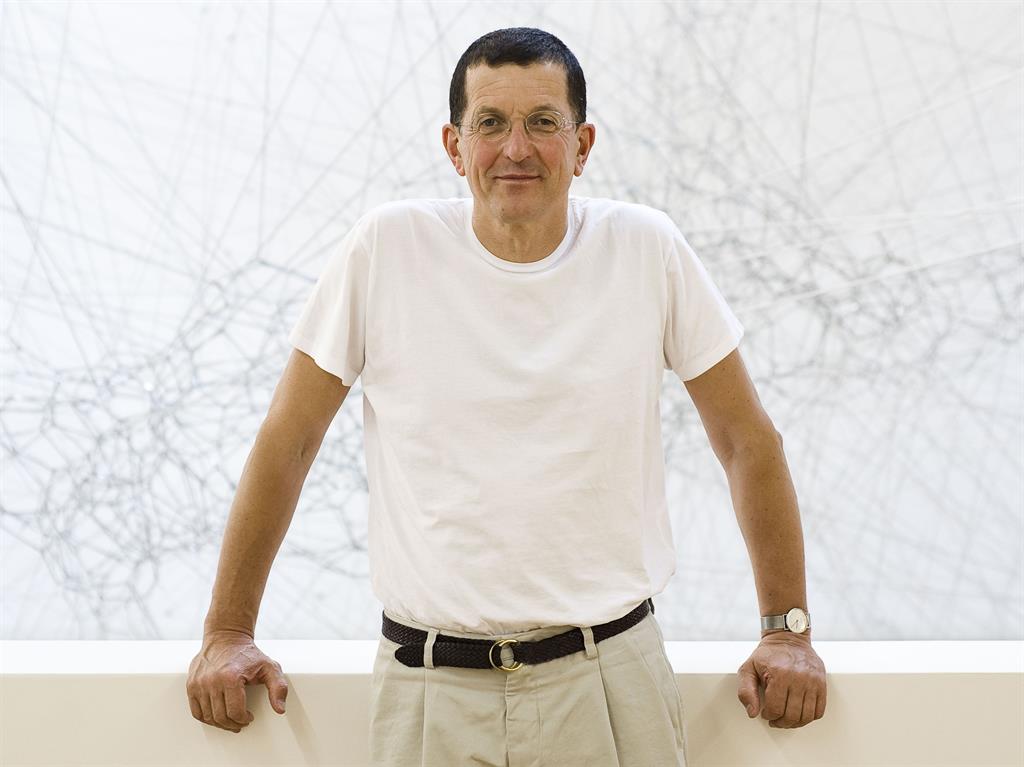 The Royal Academy’s YouTube channel is certainly a treasure trove of delights. You can tune into an 80-minute conversation between sculptor Antony ‘Angel Of The North’ Gormley with director of the Whitechapel Gallery, Iwona Blazwick. You can also watch ‘in conversations’ with Ai Weiwei, Gilbert & George and Marina Abramovic, and take part in life-drawing classes. youtube.com/user/RoyalAcademyofArts

BR has been streaming from the heart of London’s dancefloors since 2010 and is now a global phenomenon. It has broadcast DJ sets from Bogota, Berlin and Barcelona, São Paulo, Mumbai and beyond. Take your pick from Honey Dijon in Melbourne, Four Tet in London, Peggy Gou in Amsterdam, or Mercury-winning MC Skepta and DJ Maximum taking grime back to its electrifying roots. boilerroom.tv 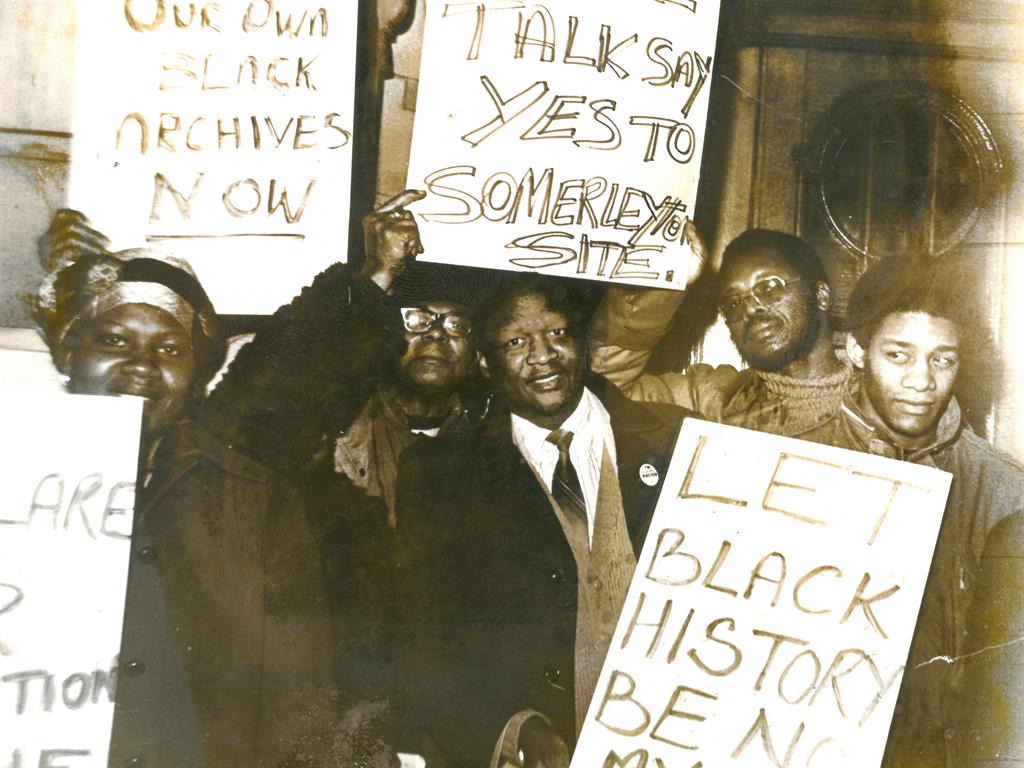 Take a deep dive into the vaults of Brixton’s Black Cultural Archive with Google Arts & Culture, and immerse yourself in stories of the Windrush generation and Caribbean communities settling in the UK. Take a virtual tour through Notting Hill Carnival, study the paintings of Grenadian artist Gordon de la Mothe and the life of Jamaican artist and actor Rudi Patterson, who rose to fame in London’s Swinging Sixties, and learn how the archive has painstakingly been digitised. artsandculture.google.com/project/black-cultural-archives 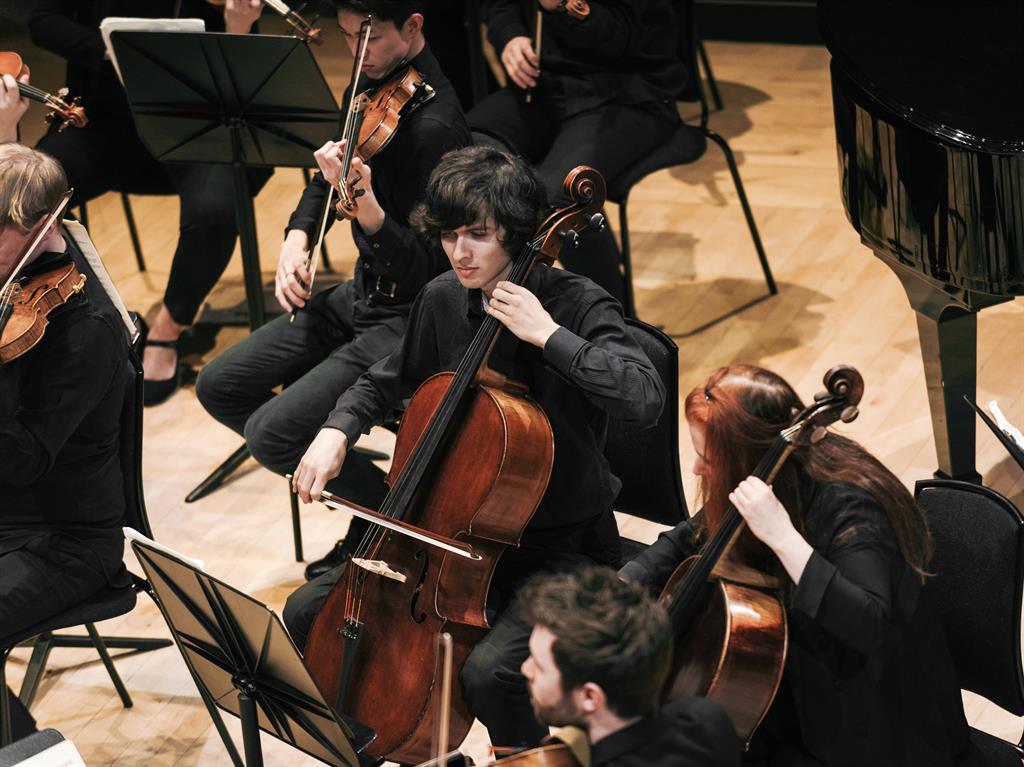 Manchester’s international music conservatoire, founded by Sir Charles Hallé in 1893, has a lovely range of performances on its YouTube channel. Some of the most watched include Norwegian violinist Henning Kraggerud directing the RNCM Chamber Orchestra in Mendelssohn’s Violin Concerto, and Ravel’s Sonata for violin and cello performed by Charlotte Juillard (violin) and Adrien Bellom (cello). youtube.com/user/RNCM1 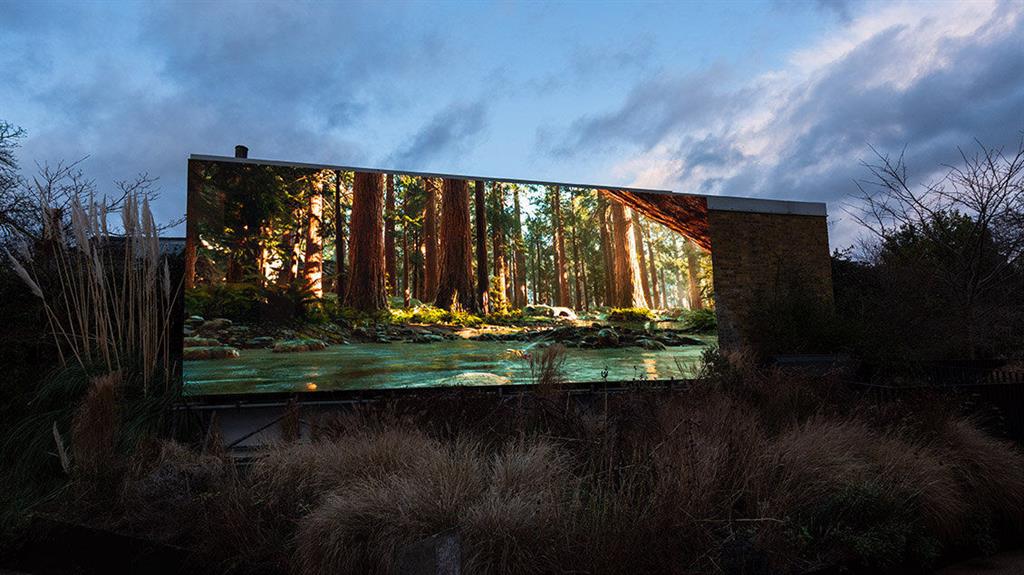 If you’re in need of a nature fix or instant calm, Danish artist Jakob Kudsk Steensen has collaborated with the K-pop superstars and biggest boy band on the planet, BTS, and the Serpentine Gallery for a gorgeous immersive digital installation. Catharsis Live is a gentle journey through a magical, ancient forest and woodland. Until Mar 31, catharsis.live 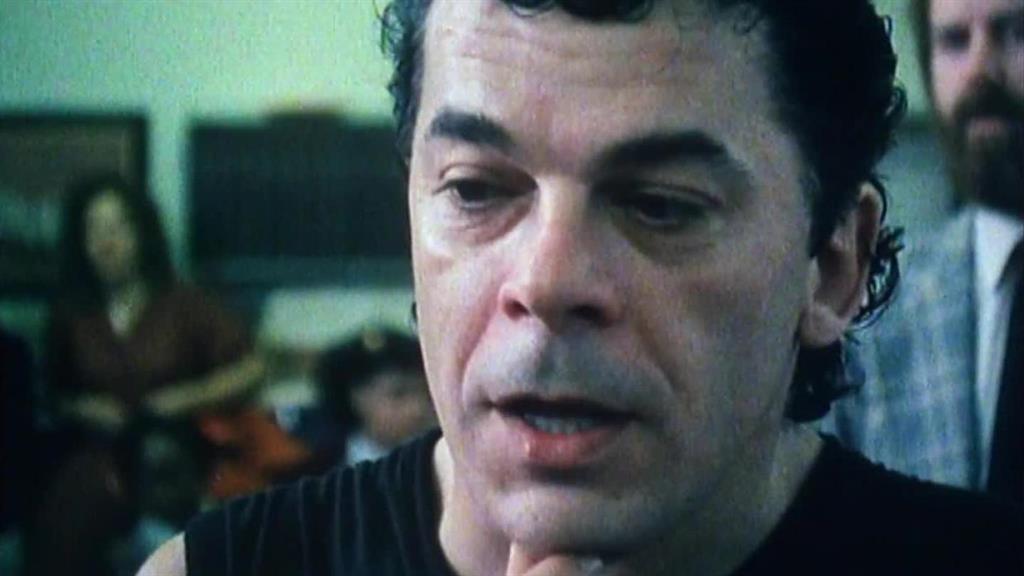 Sure, YouTube can be a rabbit hole of weirdness to get lost in, but the BFI Player has a uniquely British flavour to its unusual offerings, with archive films and footage. They include a hypnotic silent guide to making cheese from 1918, crowds thronging the streets of Tewkesbury for its Pram Derby in 1957, or an Ian Dury doc from 1983 (above). That’s just the free-to-watch stuff. You can also rent films from directors including Ken Loach and Pedro Almodovar, or zoom in on the career of Tilda Swinton. player.bfi.org.uk 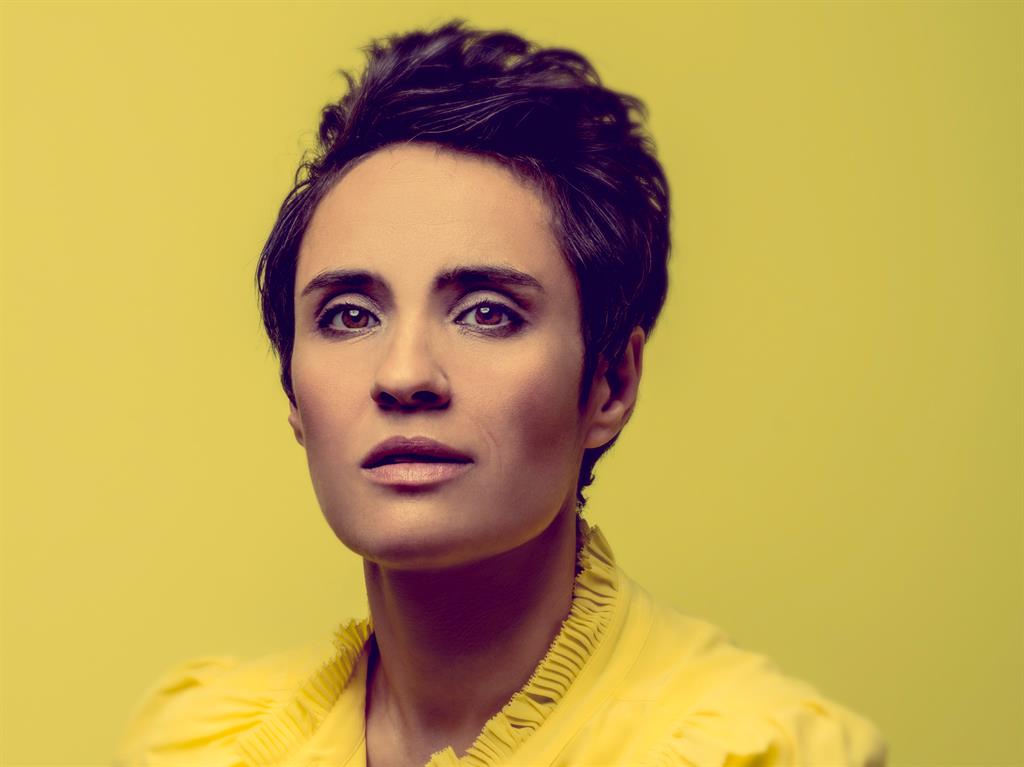 Lord knows we all need a laugh now and you can watch your favourite stand-ups performing up close and personal at the intimate Soho Theatre. Its comedy specials (£4 a pop) include recent shows from rising star Jen Brister (above), Shappi Khorsandi’s Live In Soho Special and star of India’s stand-up scene, Aditi Mittal. There’s older shows from The Mash Report (BBC Two) host Nish Kumar and Dane Baptiste (BBC Three’s Sunny D) for your viewing pleasure.
sohotheatreondemand.com