MARCUS BRIGSTOCKE’S debut play, The Red, sees the comedian exploring more serious material than usual — relating the dilemma of a middle-aged recovering alcoholic who is contemplating drinking a special bottle of wine.

‘Benedict, who has been in recovery for his whole adult life, gets a letter from his dad on the day of his dad’s funeral,’ Marcus explains. ‘It tells him to sell the wine in his wine cellar apart from a bottle of Châteauneuf-du-Pape. It says, “It’s from the year of your birth. I imagined us drinking it together. I think you should drink it and I think you’ll be fine.”

‘It’s written from a very personal point of view. I’ve been in sobriety since I was 17. My dad loves wine and is very generous with it and is good talking about it. It’s an experience we haven’t been able to share.’

The play examines Benedict’s agonising over the idea that he might be able to drink normally again. Marcus himself is sceptical that this is a realistic option for most addicts.

‘I’ve known people who drank again and died,’ says Marcus. ‘One had been sober for over 30 years, relapsed and drank himself to death in under a year.

‘Alcoholics talk about the disease staying with you. It’s described as the sleeping tiger. When you’re in recovery, you put the tiger to sleep but it’s only asleep. If you wake it up, it’s still a tiger. That’s how I see my issues with addiction. I’ve been multi-addicted to lots of different things. Seeking things to change the way you feel, that’s what an addict does. That’s definitely what I am.’ 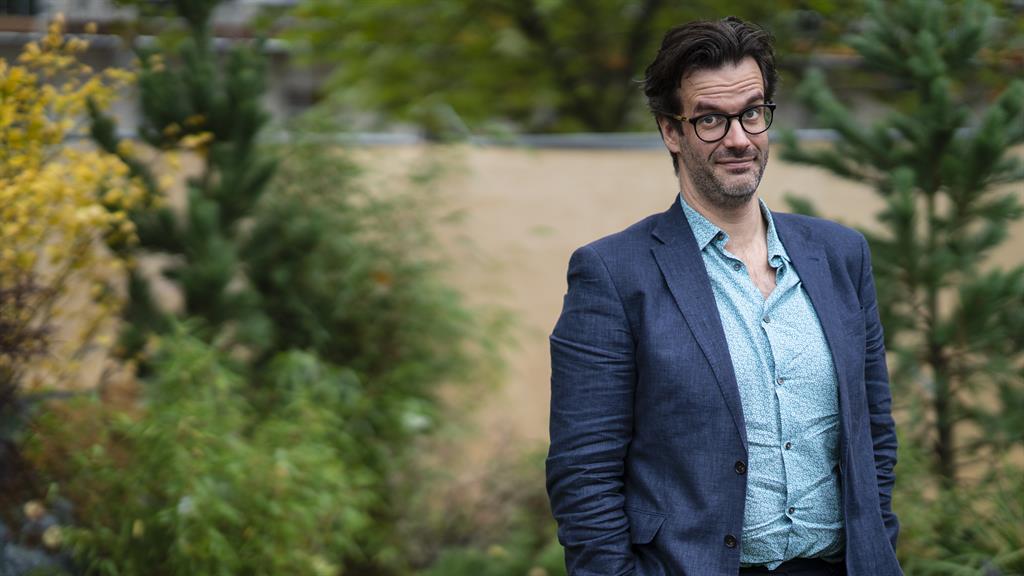 Marcus first had addiction problems at the age of eight, when he developed an eating disorder and began compulsively over-eating. By 12, he’d started drinking, by 14 it had become a problem, and at 17 Marcus sought treatment.

‘I was drinking whatever I could get my hands on and, at 12, it wasn’t that easy to get stuff. I can’t say I was developing my palate,’ he laughs. ‘As I got older, I drank what my friends drank. Becks became a thing and when I was 16 my friends seemed to drink Newcastle Brown Ale a lot, as they liked the bottle.’

Marcus (above) also came across issues around addiction more recently, when he was filming celebrity reality series Famous And Fighting Crime.

‘I’m a nice posh boy and I’ve had a lot of help. Doing that programme, I met people who had come out of prison and there was no one to help them. Their addiction wasn’t at the forefront of what we were dealing with on the programme but addiction was underpinning their behaviour. Most of the people in jail have issues with alcoholism or drugs — and it’s a solvable problem. I’m very lucky in that I had help: lots of people never get that, and they get caught up in the criminal justice system and it goes round and round. It’s heartbreaking.’

A BBC Audio Drama award-winner, The Red makes its stage debut at the Clapham Omnibus before a run at the Edinburgh Festival. ‘It was intimidating writing this as I’m used to creating comedy,’ Marcus tells us. ‘With comedy, you know you’re doing your job if people are laughing. Plays aren’t the same.’

Marcus has expended a great deal of personal effort and financial outlay in putting The Red on the stage. He says: ‘The Experian TV advert has given me enough money to pursue creative projects without worrying too much if they’re financially viable. This is costing me a fortune but it’s a new adventure for me and I hope people like it.’