MASON MOUNT would be finding out it will take much more than a decisive goal against Belgium to win over those who feel he should not be in the England side if he took too much notice of the trolls.

‘I’m not one to really look too much into social media and that side of it,’ the Chelsea midfielder (pictured top) says.

‘I’m trying to be the best I can on the pitch and that’s as a footballer. One of the biggest things is blocking out everything else that comes with it.’

It’s probably just as well. If he looked too closely he would see the clamour for Jack Grealish to be in the England side, with Mount the main target for some largely unflattering comparisons.

It does not even get better at club level, where his ten England caps count for nothing among the Chelsea fans who celebrated him being left out of back-to-back starting line-ups by Frank Lampard last month. 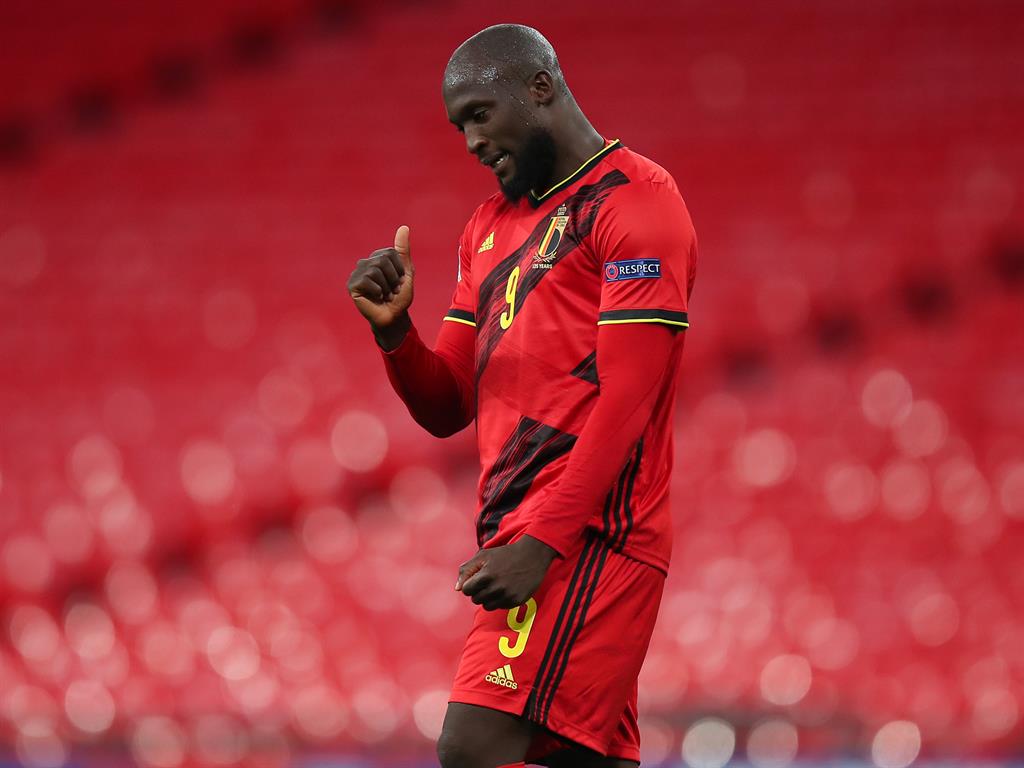 He has played every minute of three wins since, however, which suggests Lampard, like England boss Gareth Southgate, knows he can rely on a player who at the tender age of 21 goes about his business in a less than flashy way.

Wherever you stand on the Grealish issue — and Southgate’s reluctance to pick him does feel increasingly inexplicable given his form for Aston Villa — Mount himself sees no reason why the two can’t play together, a view backed up by the way Hakim Ziyech has shone in the same Chelsea team.

Eden Hazard, a man Ziyech is drawing inevitable comparisons with at Stamford Bridge, will sadly see his absence from the Belgium side stretch to more than a year after contracting Covid-19, just as he had forced his way back into Real Madrid’s team.

Two rather less celebrated Chelsea old boys — Romelu Lukaku (above) and Kevin De Bruyne — are likely to feature for Belgium having probably struggled to work out how they finished on the losing side after shining at Wembley.

After defeat at home to Denmark, it’s a trick England must repeat to stand a chance of reaching the Nations League semi-finals.

■ 49 — England appearances in all age groups for Mount, from under-16s to the full side

The match that has put England’s final Nations League game with Iceland in doubt, due to the coronavirus outbreak that has led to a mass cull of mink in Denmark, takes place in Copenhagen tomorrow. Christian Eriksen’s penalty was the only goal against England at Wembley last month and he was also on target in the Danes’ 3-0 victory in Iceland. 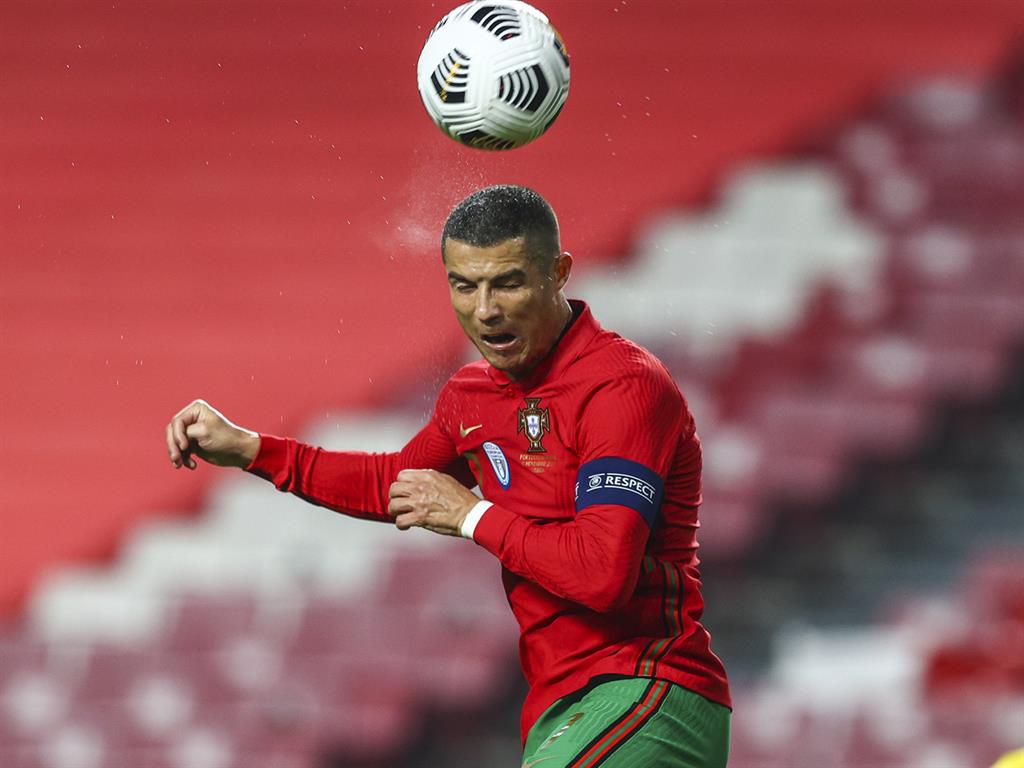 The European and world champions should produce a mouth-watering clash, especially with both teams on ten points at the top of their Nations League group. However, the combined talents of Cristiano Ronaldo (above), Kylian Mbappe and friends failed to muster a goal in Paris last month when the equally matched sides each had 50 per cent possession, ten shots and three attempts on target.

■ 101 — Portugal goals for Ronaldo but none of them against France

There is no doubt last night’s Euro 2020 qualifier with Slovakia was the big match for Northern Ireland in this international window with just pride to play for after taking one point from four Nations League games. Ian Baraclough’s side were flattered only to lose 1-0 at home to Austria last month and Sunday’s hosts are vying with Norway to finish top of their group. 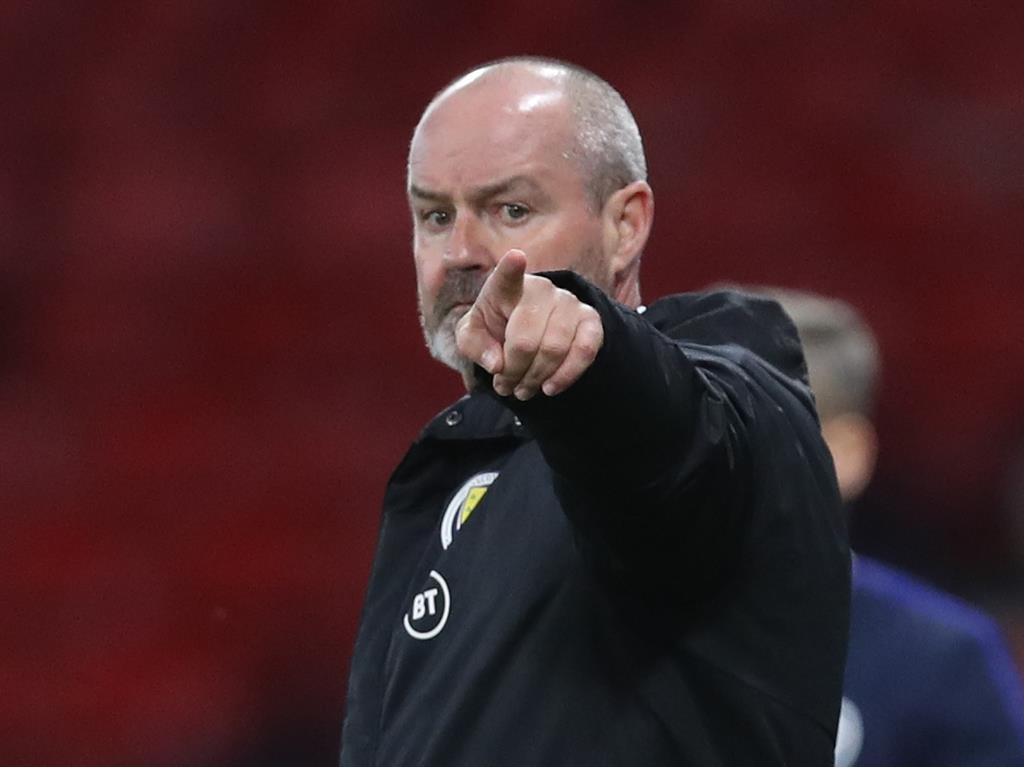 The fact Scotland were in Serbia last night looking to qualify for a first major finals since 1998 shows the importance of this tournament north of the border, having got to the play-offs by winning their Nations League group last time around. Boss Steve Clarke (above) now wants to open up a similar route to the World Cup and they need one win from two games to top their group after 1-0 wins over Slovakia and the Czech Republic last month.

Wales will clinch top spot in their group with a game to spare should they win on Sunday, their goalless draw in Dublin last month the only points they have dropped in four Nations League games so far. Boss Ryan Giggs is again absent after his arrest on suspicion of assault — which he denies — but the fact Gareth Bale is playing regular football again at Tottenham has to be a huge boost for the team.

Sunderland have lost just once in League One this term, the fewest of any side, but that does not mean there is no tension between the fans and boss Phil Parkinson. An FA Cup humbling by Mansfield and a Papa John’s Trophy defeat at Fleetwood means they need a response against an MK Dons side who have become hard to beat.

■ 4 — Wins out of four Sunderland have enjoyed against MK Dons

Richie Wellens takes charge of his first league game since dropping a division from Swindon to the celebrity set at Salford. How the mighty have fallen with Premier League regulars Bolton now the minnows. Ian Evatt’s side could welcome back Eoin Doyle, whose goals were key for Wellens’ promotion-winners last season.

■ 4 — Relegations suffered by Bolton in the past nine seasons 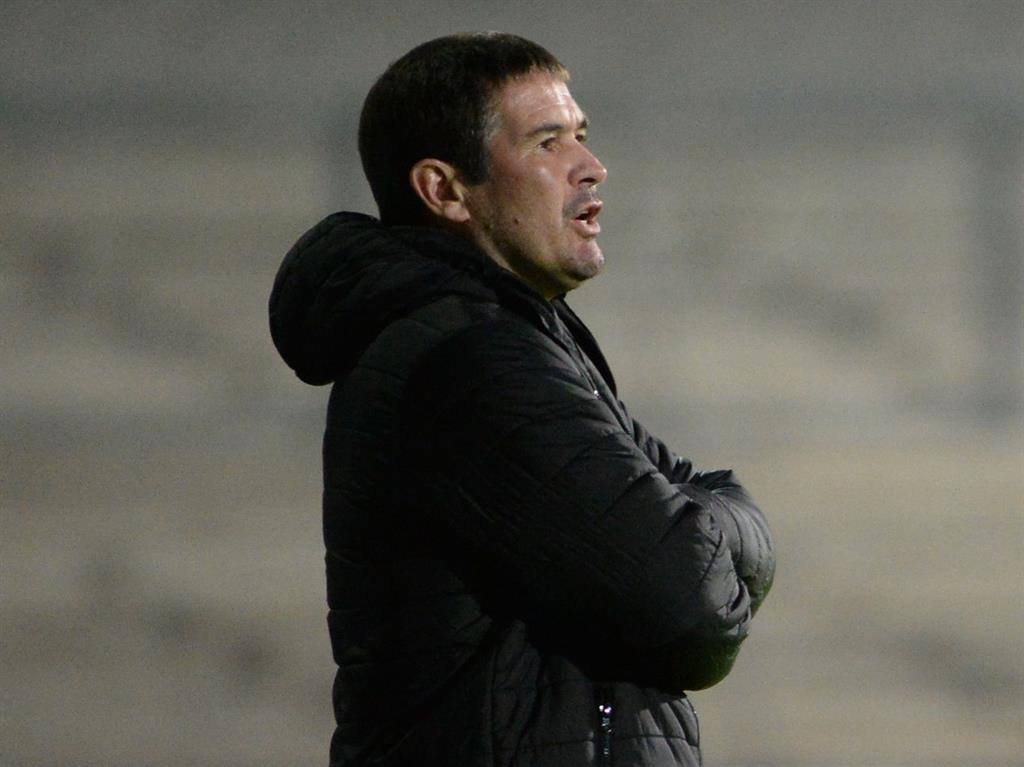 Many have assumed Nigel Clough (above) would end up being Nottingham Forest manager. Instead he goes to Forest Green for his first game in charge of Mansfield, who are still seeking their first league win of the season. A bit of Clough magic did rub off on the Stags last week, even though Richard Cooper, who used to clean his boots at Forest, was still in caretaker charge for the 1-0 FA Cup win at Sunderland.

USA star Megan Rapinoe’s timing in labelling United ‘disgraceful’ for delaying setting up a women’s team seems a bit off in the week they went top of the Women’s Super League for the first time. This is a big test for Casey Stoney’s side against their local rivals, who won the FA Cup at the start of the month and feature USA World Cup winners Rose Lavelle and Sam Mewis.