THE Nations League has its detractors and there will be many wishing the Premier League had not been put on hold in the wake of that amazing Sunday, with Tottenham’s 6-1 win at Manchester United and Aston Villa’s crushing 7-2 win over Liverpool.

But it is hard to argue a home fixture with Belgium — who beat England twice at the 2018 World Cup — is anything but a worthwhile exercise for Gareth Southgate’s side.

Whether it will offer much respite for some of the defenders exposed so horribly in a goal-laden start to the domestic season is another issue. 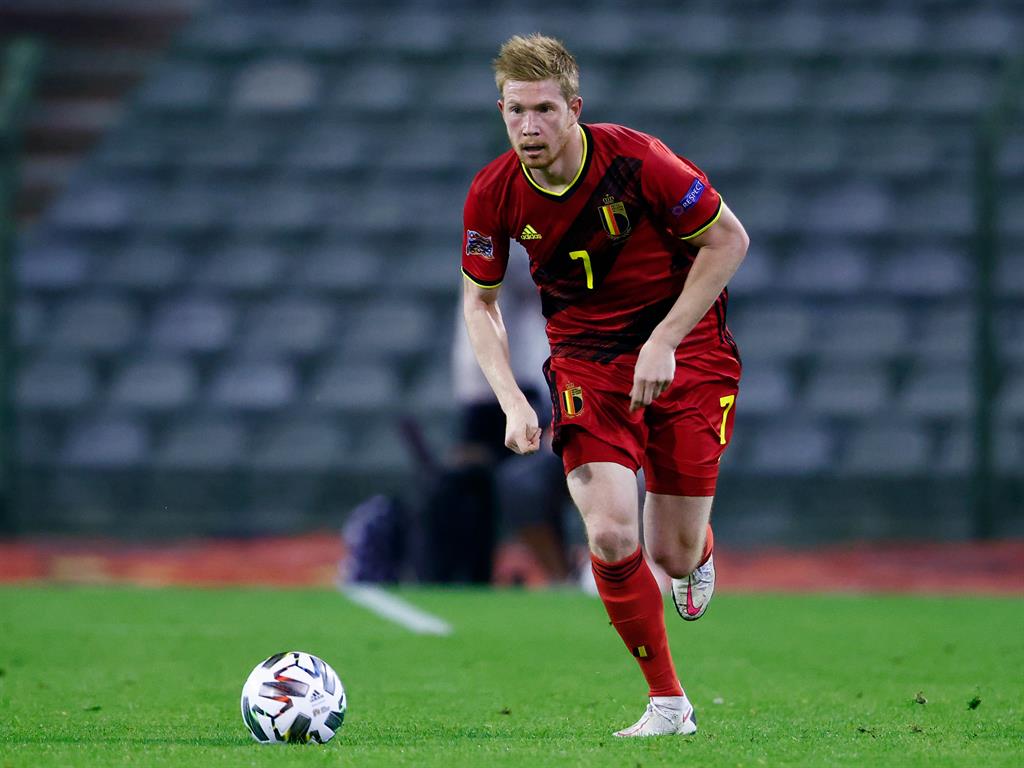 Despite captivating the nation by finishing fourth in Russia two years ago, a chasm in quality was exposed in England’s third-place play-off in a 2-0 defeat to Roberto Martinez’s side.

And to underline the threat they face at an empty Wembley, Belgium went into last night’s friendly with the Ivory Coast on the back of 12 consecutive wins during which they have scored 47 goals.

The Belgians have shown strength in depth in the Nations League so far — their 2-0 win in Denmark coming without goalkeeper Thibaut Courtois, Eden Hazard and Kevin de Bruyne; the latter providing two assists in the 5-1 win over Iceland in which Michy Batshuayi netted twice in Romelu Lukaku’s absence.

England were largely unambitious against the same opponents, a lucky 1-0 win in Rekyjavic and a 0-0 draw in Copenhagen in which England employed a three-man defence and two holding midfielders.

Both were achieved without Harry Maguire following his arrest in Greece and it will be, if selected, a big test of character for the Manchester United captain and Liverpool’s Trent Alexander-Arnold in the wake of their hammerings last weekend.

It will also be fascinating to see whether the sensational form of Harry Kane, Dominic Calvert-Lewin and Jack Grealish, who was given just 16 minutes against the Danes, may tempt Southgate to meet fire with fire.

There is no doubt he boasts an era of rich attacking talent and Southgate has been stung by criticism he is too cautious. But can any England manager afford to risk the kind of scorelines we saw in the Premier League last weekend? 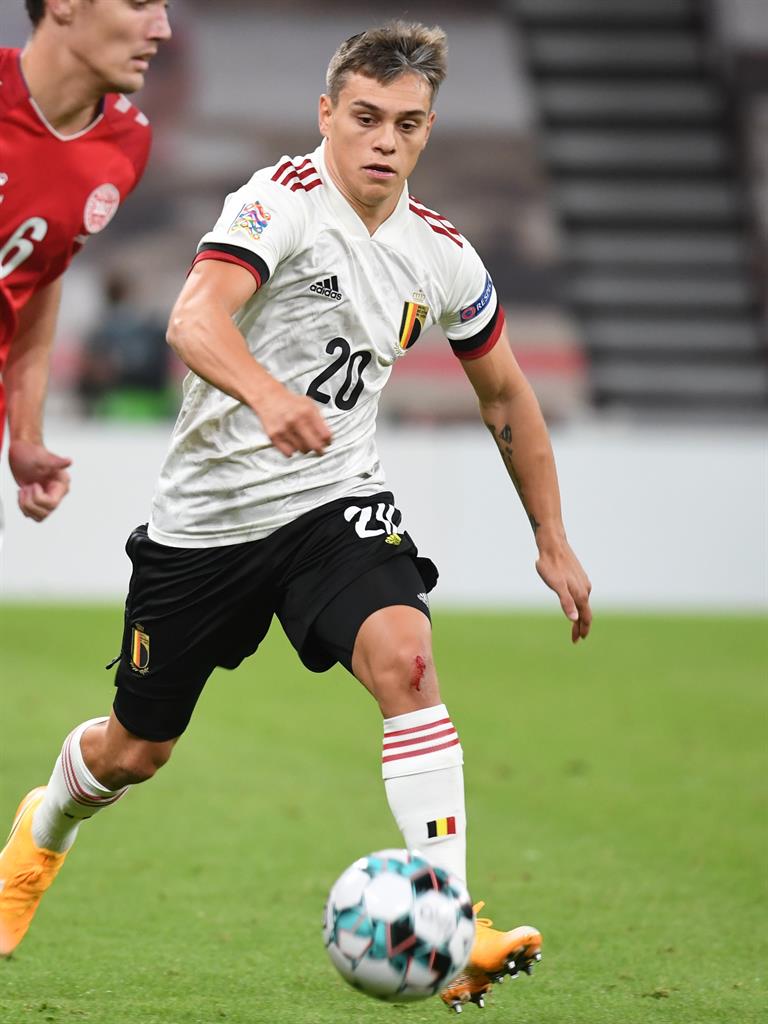 ONE TO WATCH — LEANDRO TROSSARD (BELGIUM AND BRIGHTON): The playmaker has shone for Brighton this season and will hope to get the chance to showcase his talents at Wembley on Sunday.

Trossard (above) has been called up by Belgium boss Roberto Martinez several times over the past couple of years but he only made his debut last month when he replaced Dries Mertens with ten minutes left in the 2-0 victory against Denmark.

With Kevin de Bruyne and Eden Hazard around, Belgium are hardly short of creative forces but the 25-year-old has become increasingly influential for Graham Potter’s Seagulls since arriving from Genk last summer.

His flashes of brilliance have become more consistent, underlined by the fact that having completed 90 minutes just ten times last season, Trossard has played every second of Brighton’s four league games so far this term. 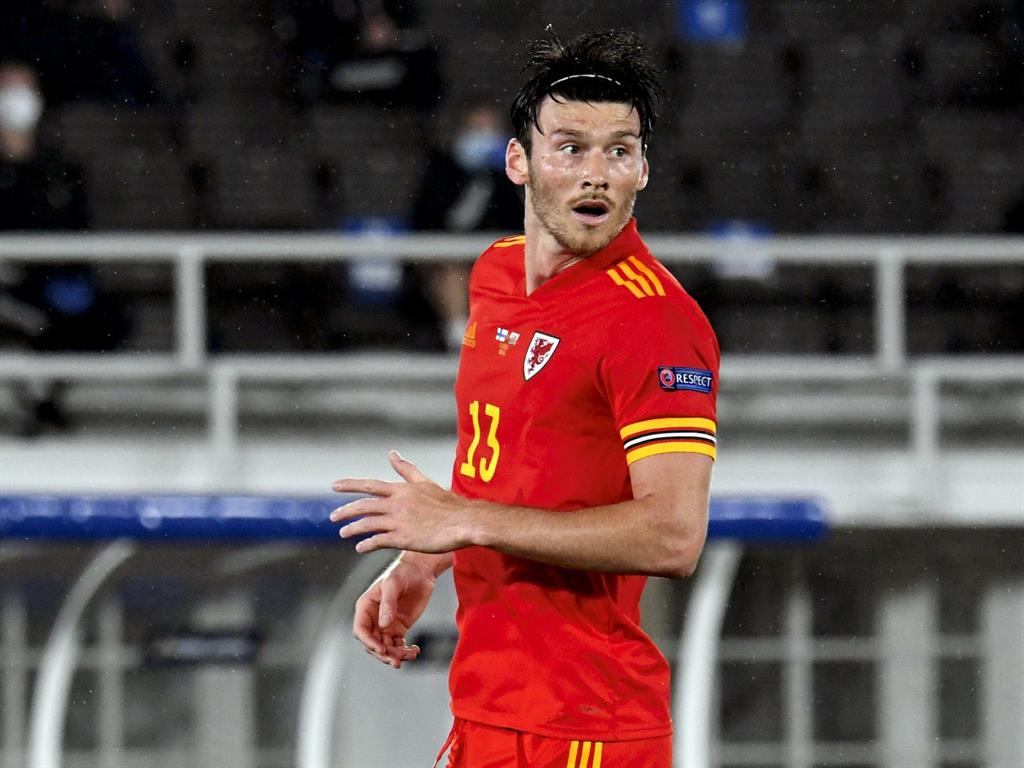 Wales look to maintain their winning record against a side they beat twice in their last Nations League campaign. The Welsh left it late before Kieffer Moore (pictured) and Neco Williams secured wins over Finland and Bulgaria respectively last month. The Republic have collected just one point from their matches against the same opponents and were in Euro 2020 play-off action against Slovakia last night. 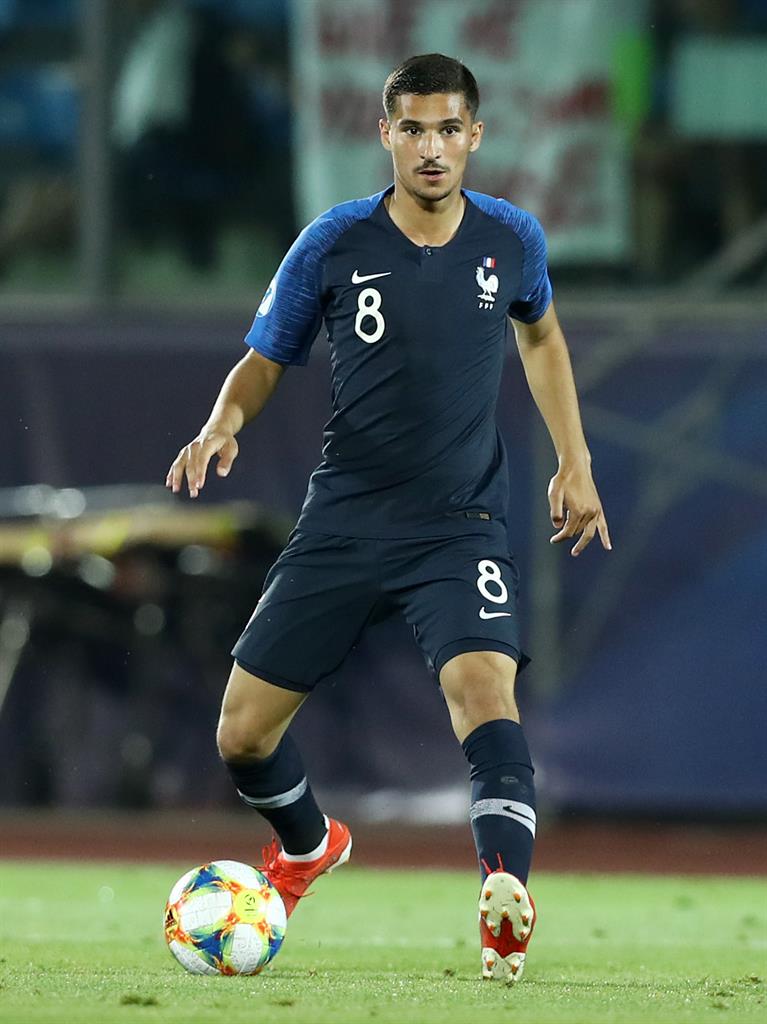 The world champions face the European kings for the first time since Eder’s extra-time goal gave Portugal their first major trophy at Euro 2016. They also won the Nations League last year and have made a perfect start this time by beating Croatia and Sweden. France did likewise and Arsenal fans should get the chance to see what they missed, with Houssem Aouar (above) providing ammunition for Antoine Griezmann and Kylian Mbappe.

Spain have won their last seven home games ahead of facing a Swiss side who can pick Xherdan Shaqiri, whose positive Covid-19 test proved a false result. The last Spain game saw Sergio Ramos score twice before Ansu Fati, at 17 half the captain’s age, got the other two in a 4-0 win over Ukraine. Fati was one of two debutants along with Spurs new boy Sergio Reguilon. 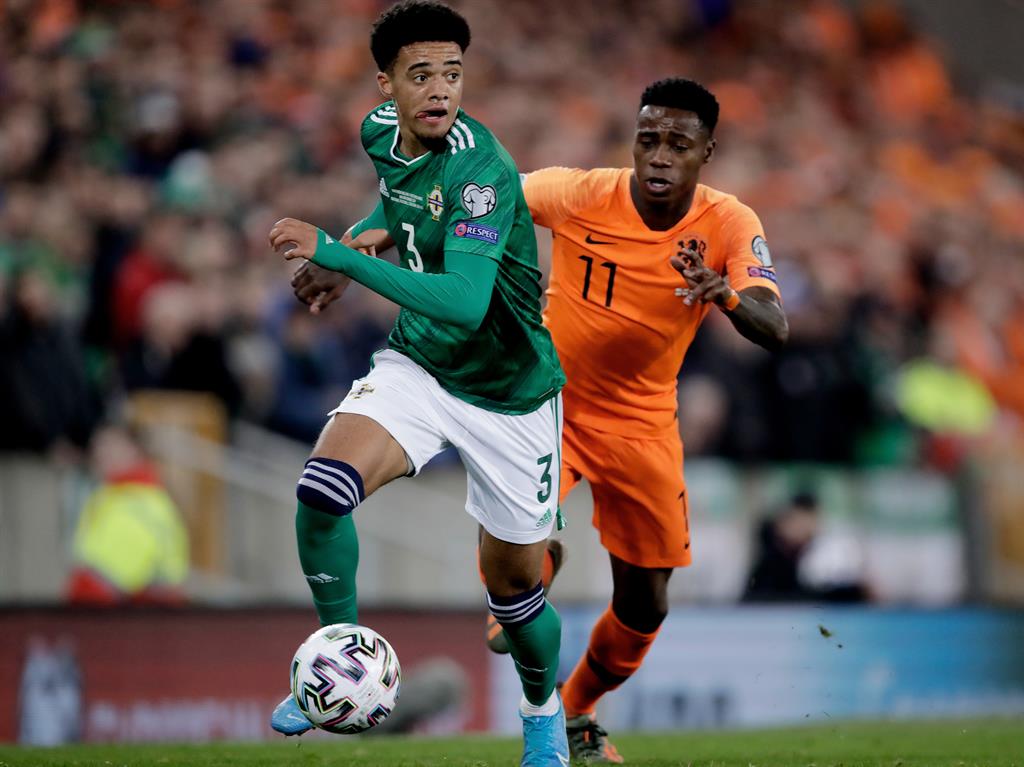 Like the Scots, there will be no time for Ian Barraclough’s side to relax after last night’s play-off in Bosnia-Herzegovina. They return to Windsor Park, scene of a 5-1 defeat to Norway in their last home outing but will hope having Jonny Evans and Jamal Lewis (pictured) back will shore up their defence. Austria have so far won in Norway but lost at home to Romania in a group which remains wide open. 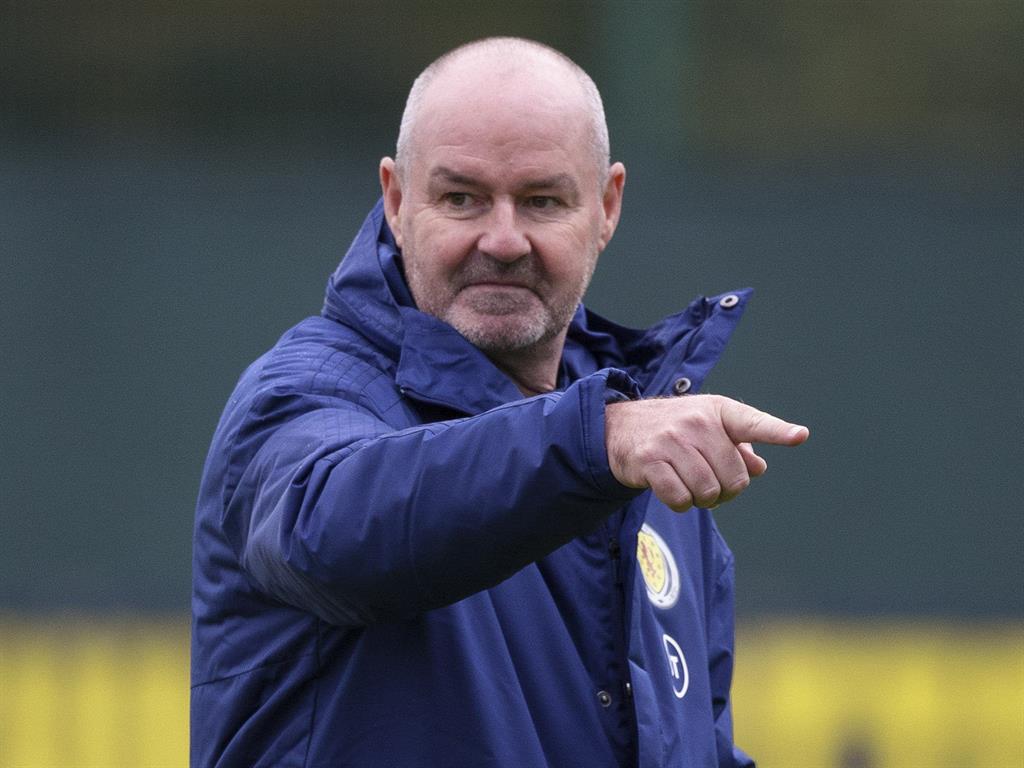 The result of last night’s Euro 2020 play-off with Israel will have a bearing on Scotland’s morale as Steve Clarke’s (above) team look to build on their strong start in the Nations League. They made heavy weather of a 2-1 win against a Covid-19 ravaged Czech Republic side last month before Ryan Christie’s second-half penalty gave them a hard-fought victory. 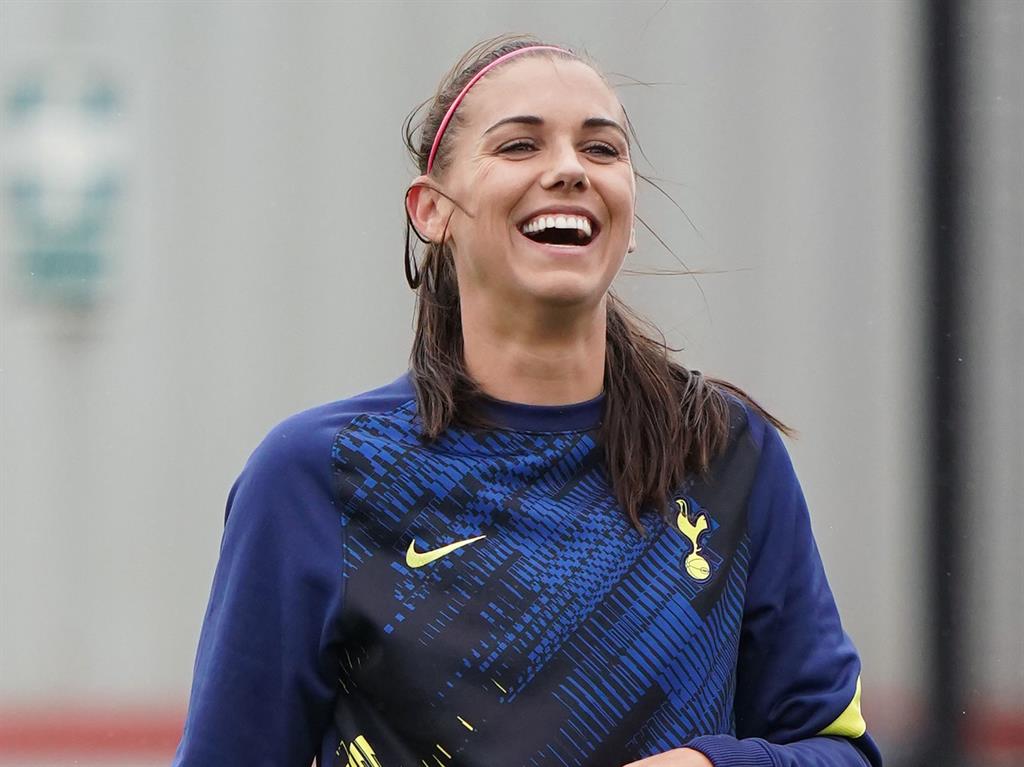 One question will be on the lips of anyone tuning into this game, is this the day Alex Morgan (pictured) makes her debut in England? The striker — two-time World Cup winner and Olympic gold medallist — has not been fit enough to play for new club Tottenham since her arrival last month but could face USA team-mates Christen Press and Tobin Heath, sadly behind closed doors.

■ 1 — Point from three WSL matches for eighth-placed Spurs this season. United are unbeaten in the league 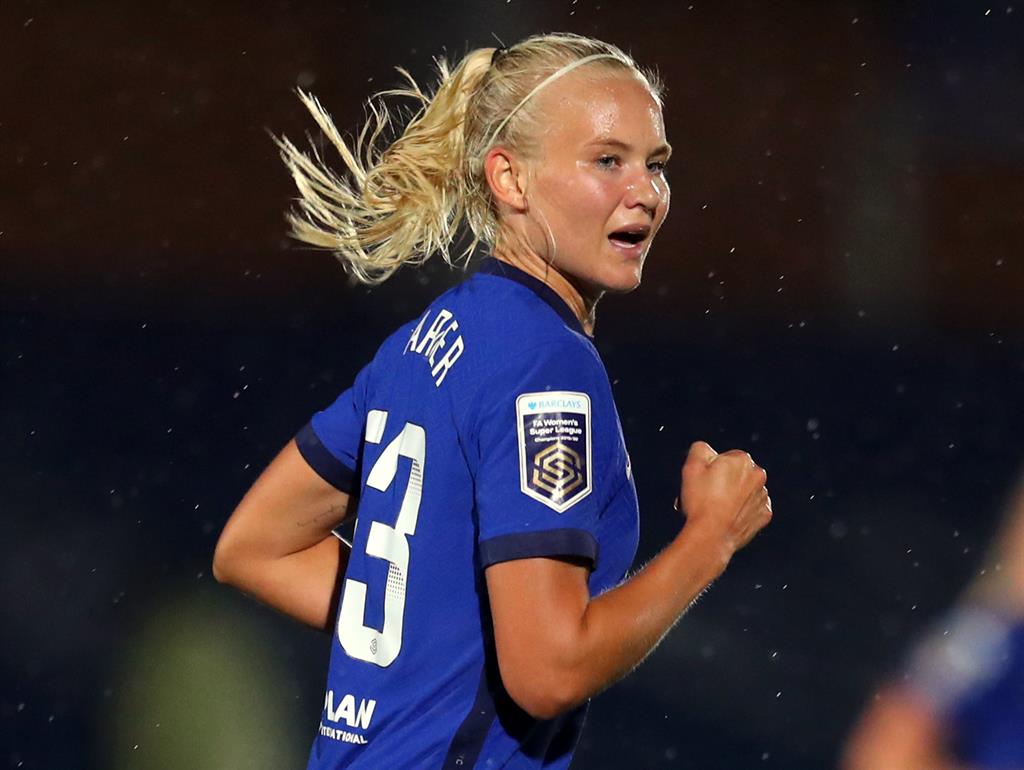 Unlike Alex Morgan, Pernille Harder (above) — the most expensive female player ever — has started a game in England; Chelsea’s midweek League Cup win over Arsenal. She may make her WSL debut here after moving from Wolfsburg. The Dane could face City’s American duo Rose Lavelle and Sam Mewis, as well as in-form striker Chloe Kelly, who has a bright England future. 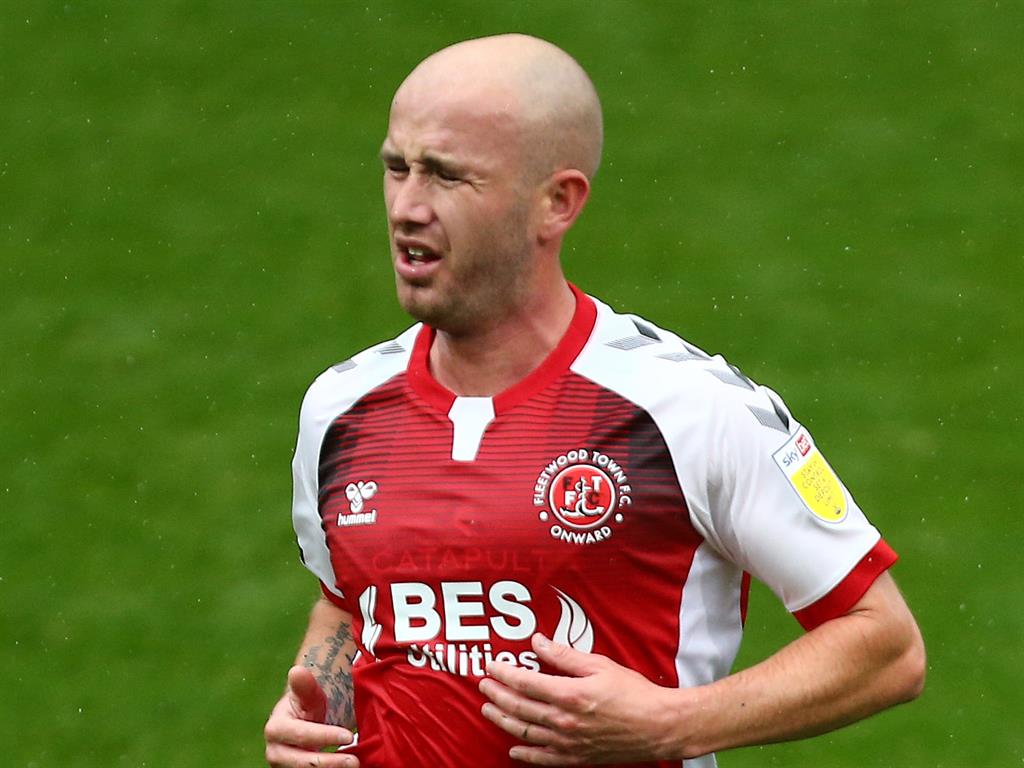 Hull’s owners have taken plenty of criticism for the decline into League One but their faith in boss Grant McCann is being repaid. Hakeeb Adelakun got the only goal against Plymouth last week to make it four wins out of four. Fleetwood appear to be suffering a slight play-off hangover, Rochdale’s last-gasp goal making it three defeats in a row to leave boss Joey Barton seeking reinforcements. 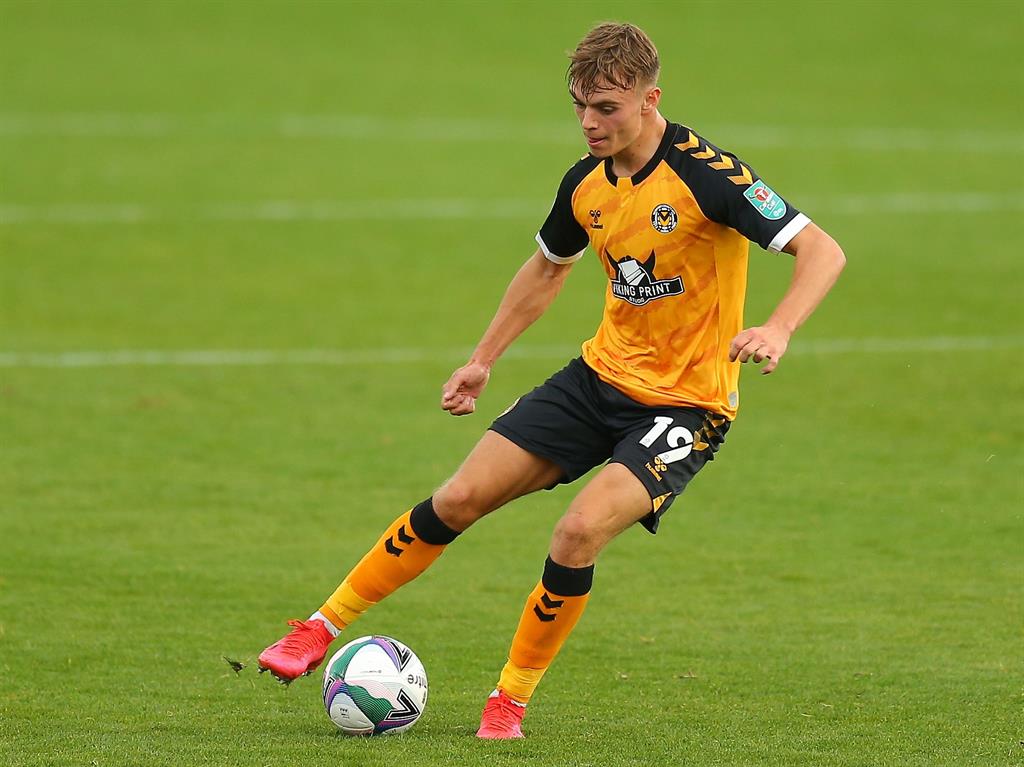 Newport took advantage of Cambridge’s 2-0 loss at Exeter to go top of the table last weekend. Mark Bonner’s side had built their early success on three back-to-back clean sheets. At the end of a week in which they took Newcastle to a penalty shoot-out, Newport showed great character to come from behind to beat Mansfield, thanks to late goals from Scott Twine (above) and Matty Dolan.