WE INSIST on choosing heroes. In the last 20 years alone, we’ve collectively anointed Black Rebel Motorcycle Club, The Strokes, The Libertines, Arctic Monkeys and Idles as the saviours of guitar rock, pinning on each one our unrealistic hopes for shared triumph and everlasting glory. Now, fans and (some) critics have fixed on Fontaines D.C. as rock ’n’ roll’s salvation.

Last year, the Dublin quintet made their full-length debut with Dogrel. It was an impressive set of barrelling post-punk songs with a distinctive Irish accent and attitude to burn, and won them a Mercury Prize nomination. Today, they release the follow-up, its title suggesting a desire to nix the whole rock-saviour thing.

For singer/songwriter Grian Chatten, though, the choice of A Hero’s Death was more particular: ‘We were saying that we would continue to write music for ourselves and not for anybody else. Not just for anybody who loves the first album, but as the rejection of people’s expectations in general.’ 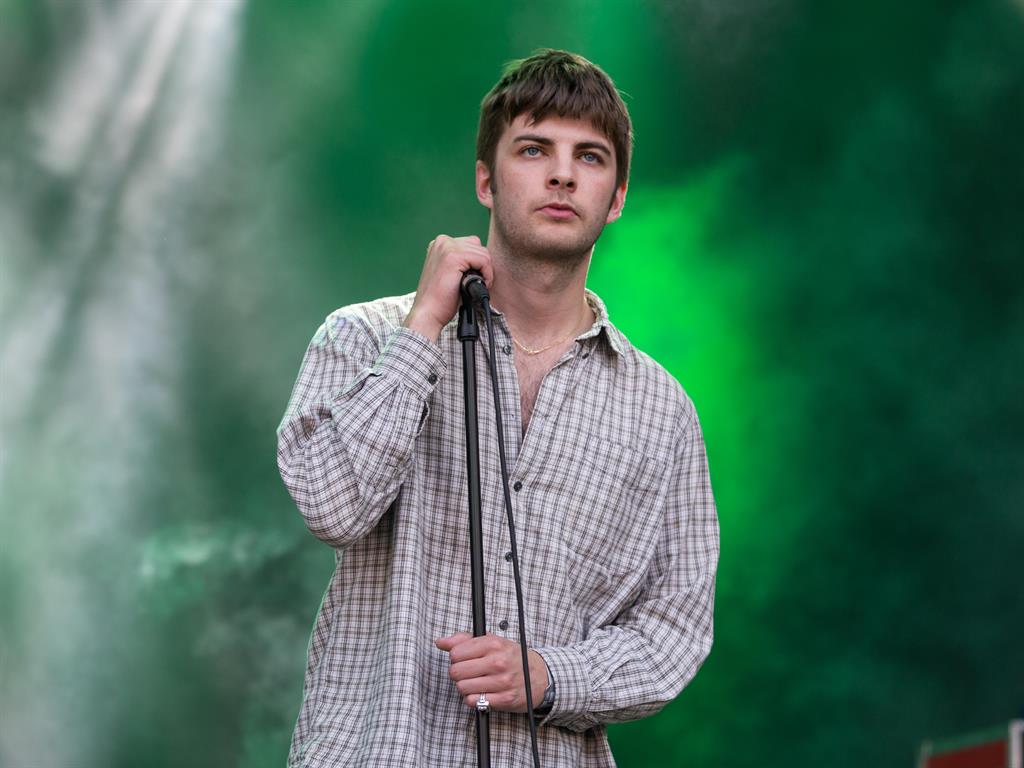 Grian also admits that the title ‘probably wouldn’t have made it through the final gate, as it were, if it didn’t have an element of flippancy or facetiousness, because we never really want to be taken too seriously.’ He adds: ‘It feels good to laugh at this point and be reminded of the fickle nature of it all and that you shouldn’t place too much importance on how things are now, because they could just as easily disappear.’

Did being hyped so early on make its mark on the band? ‘I’m sure it did,’ Grian (above) concedes, ‘but I genuinely consider us fortified mentally when we were going into it. I’ve been making music since I was nine-years-old, to make myself feel better about things, and all of a sudden people are taking it and giving it a star rating.

‘It’s a difficult thing to get your head around but it’s a healthy thing to not get shaken off that path, because then you know you’re doing it for the right reasons.’

If Fontaines D.C. aren’t too bothered whether everyone falls for the new record or not, it’s because they know that aiming to please others is both pointless and a betrayal of the reason they first got together. It’s hardly a radical change, though: the ghosts of Joy Division and PiL still hover close by, even if the songs are more reflective and there’s an exploration of quieter, more delicate styles.

It’s Sunny, with its Lee Hazlewood-ish strings and the wistful, 1960s folk-pop-toned Oh Such A Spring that might make ears swivel. Where did they come from? ‘Over the last year and a half we almost never listened to fast-paced music,’ explains Grian, ‘because we’re surrounded by fast pace in so many senses. So, to create an illusion, almost, of everything slowing down, you listen to slower, more tranquil music, with a greater sense of imagination and otherworldliness.’

Following a lauded debut, many young artists might suffer from second-album anxiety — but not 25-year-old Grian. ‘I can cross my heart and say I didn’t. If I’d had anxieties about it, I think we would have taken our time and the opportunity was there to do that. The fact is, we had a need for these songs.’

It seems as though the rigours of touring America to promote Dogrel started to take its toll on band relations. ‘It was never aggressive or anything like that,’ Grian says, ‘it was just… heartwrenching. When your friendship is built upon something so immediately personal as poetry, you have access to one another’s worst fears, so even stopping asking each other how we were at a certain point caused the slow death of what was a beautiful friendship.

‘That was really upsetting. And we didn’t really have much time off, so if we didn’t have friends in the van and couldn’t see anyone outside of the van, it was a very isolating experience. Writing songs brought us back to the feeling of what’s important.’

Fractures mended, new album just released — Fontaines D.C. are primed for action. At least they would be, were it not for the pandemic. Their UK dates have been rescheduled for 2021, starting May 7; most are sold out. But Grian sees a positive here.

‘I feel like if we hadn’t been forced to take this long break, we wouldn’t really have had the guts to demand it, for fear of seeming ungrateful for the opportunities we were presented with.

‘I feel that we’ve been repairing over the last weeks and I think it’s going to do wonders for our longevity, in terms of our writing.’

■ Fontaines D.C.: A Night At Montrose, Dublin is broadcast on Monday at 8pm, with a live Q&A afterwards, fontainesdc.com