THE path for bands is well trodden — write an album, release a record, tour the new music. But while Covid has put a stop to most live music for now, it’s made many bands think outside the box. For Everything Everything, the release show for new album, Re-Animator, comes with a difference: it’s in virtual reality.

Bassist Jeremy Pritchard is excited, to say the least. ‘We can’t play shows in real life, but we can do a couple in virtual reality. We might as well try to have some fun with the limitations we all find ourselves under. This is the first chance we’ve had to play a lot of these songs, too, so come and join us in another dimension.’

The two shows are staggered to make it as accessible as possible for fans across the globe. Fans can ‘meet’ the band virtually, wear merch and even fly, as well as hear new music and highlights from their back catalogue performed in this groundbreaking environment. 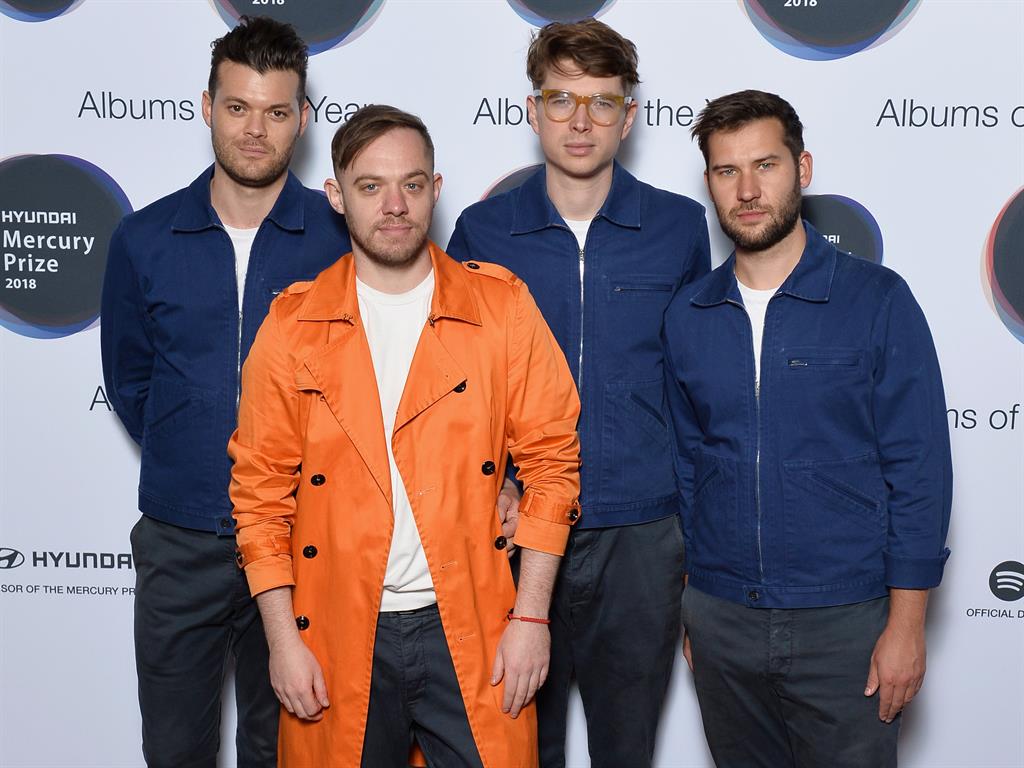 Jeremy says that lockdown has unleashed the band’s creativity. ‘We realised we couldn’t just get together and make videos or take photos in the usual way. We’ve had to be imaginative and resourceful in the same way we were when we were making videos for £70 back in 2009.’ He laughs at the memory. ‘Restrictions can be a really good thing for artists. For our videos so far since Covid we have used 3D modelling software, animation, puppets and all sorts — until we ran out of ways to make videos without being in them ourselves!’

The band’s most recent video saw them reach for the selfie sticks. ‘It was a socially distanced video using cameras strapped to us,’ Jeremy explains. ‘We’d really like to be playing the music to people live right now in our favourite venues, as that’s how you know the music works, and you get to see how people react to it emotionally. We’ve not had that opportunity, which is a real shame, but virtual reality will be the next best thing.’

Jeremy hopes that lockdown will make us all reassess our appreciation for the arts, and for live music in particular. ‘Think back to the last show you went to — you weren’t stood there thinking, “This is a rare and precious thing”, so maybe that’s the silver lining of this whole thing.

‘Hopefully, we’ll come out the other side of this and take it all less for granted,’ he muses.

‘We’ve been spoilt in this country with our music scene and music culture. We’ve produced multiple festival-headlining acts. They’re fostered by their local live scene, then the national live scene, and then international. They don’t come out of nowhere. You’ve got to do your time in the smaller rooms.

‘If that network disappears then we’re just not going to be able to produce such great music as we have done for the past 60 years in this country.’

Despite the enforced time apart, things have gelled quickly in the rehearsal room. Jeremy says: ‘We’ve been together this week working out how to play the new songs and working on this VR show, we can’t wait to perform.

‘It was really noticeable when we got together in a room for the first time in months and it fell back into place quickly. That stuff doesn’t fritter away, that unspoken communication that happens between the notes.

‘It’s nice to know you’ve got the right combination of people, I suppose. We can’t wait to play for you. See you in the interzone!’

■ Everything Everything’s Virtual Re-Animator show is on tonight at 8pm and tomorrow at 10am, everything-everything.co.uk