THIS year has undoubtedly been tough for a lot of people, and many charities have found their usual methods of fundraising put on hold. Among those hit hard is the Teenage Cancer Trust, whose concerts have been known to raise more than £1million. While packing the Royal Albert Hall with music fans is not currently an option, the fundraising is as vital as ever — and so this year the show will go on… online.

Teenage Cancer Trust Unseen will be streaming from tonight until October 18 — featuring highlights from previous shows, including the likes of Ed Sheeran, Muse, The Who, Sir Paul McCartney, Paul Weller, Stereophonics, Pulp, Noel Gallagher, Rudimental and The Cure.

The shows are the brainchild of The Who frontman Roger Daltrey. ‘The one thing that every artist says is that the Royal Albert Hall shows for the Teenage Cancer Trust are some of the best shows they’ve ever done. It’s such a special atmosphere — everyone giving and coming together,’ he says proudly.

‘My life has been a dream. If it hadn’t been for the support of teenagers in the first place, the music business that has been so good to me wouldn’t be here, it wouldn’t exist. So to be able to give back to that age group is important to me.’

Roger recalls the first instance that led to the creation of the Teenage Cancer Trust. ‘How lucky did I get to have my GP, Dr Adrian Whiteson, and his wife, Myrna, come to me and talk to me about the issues that young people face when they have cancer?

‘At that time there was no such thing as a teenager in the health service. Children were either under 18 and a child, or over 18 and classed as an adult. Teenagers, though, were too young really to be considered an adult and too old to be considered a child. They sat in the middle in complete isolation.’

The rocker knew that something needed to be done to help. He wanted to raise money, and turned to fellow musicians to help. ‘My memories of the early years are mainly of striving to make it all happen. In those early days, I was mostly pulling my hair out, trying to persuade stars to come and play the shows for us. I have a lot more help these days; Ricky Wilson from Kaiser Chiefs contributes a great deal and our brilliant team book each night. Then I come in with the offer you can’t refuse!’

The shows are a fundamental part of the fundraising for the Trust, and Roger can’t stress the importance enough. ‘The shows raise upwards of £1million each year for vital work, and the difference it makes to lives of young people suffering from cancer makes it more than worthwhile. Them Crooked Vultures is a good example. I saw Dave Grohl in the Chateau Marmont hotel in LA and ran over to him, pleading with him that he had to do the show.

‘That morning, I’d seen his bandmate and Led Zeppelin’s John Paul Jones at breakfast and bent his ear, so I came at it from all angles! From that, they decided to bring their new supergroup, Them Crooked Vultures, over. And now they’ve given us the whole show for Teenage Cancer Trust Unseen and we’re incredibly grateful.’

Asked to pick a favourite performance from over the years, Roger struggles to narrow it down. ‘There are fond memories of so many outstanding shows, but Rudimental’s performance from 2019 is still fresh. That is an astonishing piece of video to watch and I loved every minute. The energy is electric and what comes across is that they are a real community of artists, with producers, musicians, singers all contributing to something special.’

As well as Them Crooked Vultures making their set available, there’s another incredible complete gig. ‘We will also be featuring a whole show from The Cure. Robert Smith and the band have supported the charity since 2014,’ Roger explains. ‘That year they played two nights with three-hour sets each night, really seminal performances in their history. Now, not only are they letting us stream a whole gig, Robert has donated the guitar he played on the night for raffle.’

Roger admits he is itching to return to live music himself. ‘I really miss performing live and it’s been frustrating not touring with The Who. I thought I might like a year off, but it feels like I’m missing a limb or something!’ Roger tells us.

‘We’ll be back though, I can feel it in my bones, it will happen again. Ironically, my voice is in the best shape it has been in for years.’ 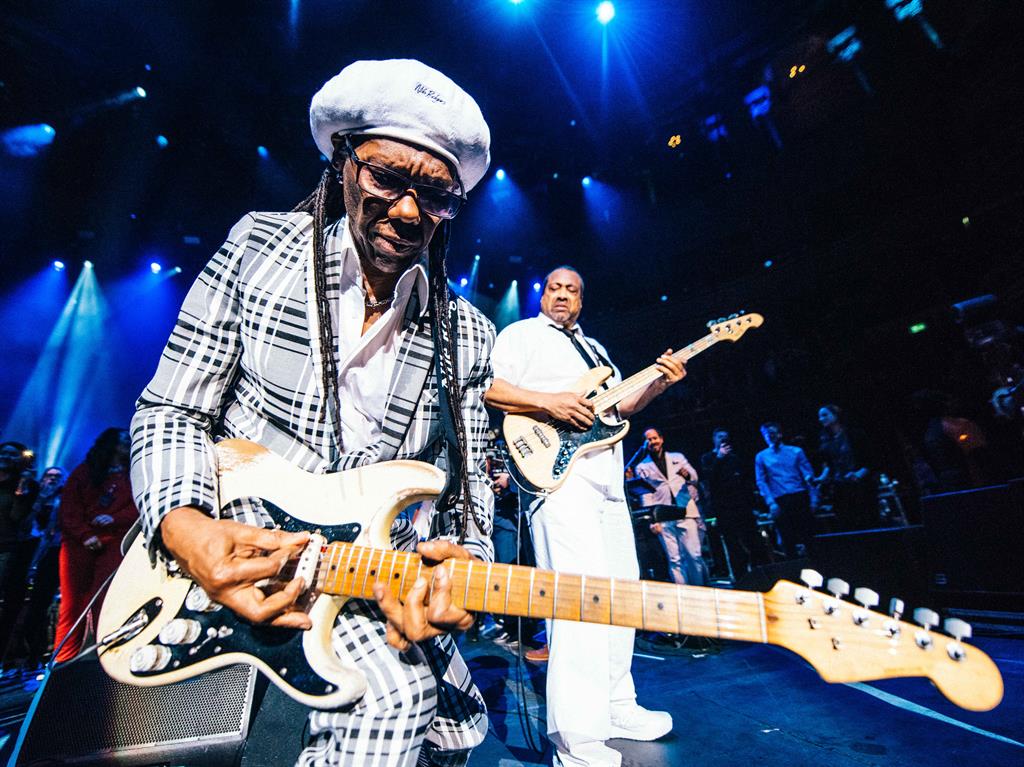 As for this year, he adds: ‘Please enjoy Teenage Cancer Trust Unseen and if you can even donate just the price of a coffee, it will really help. If everyone who loves these artists just put in £5, that would make a huge difference and help the charity through this difficult year.

‘We want to be there in case you or your family ever needs us. Don’t let this virus destroy it.’ 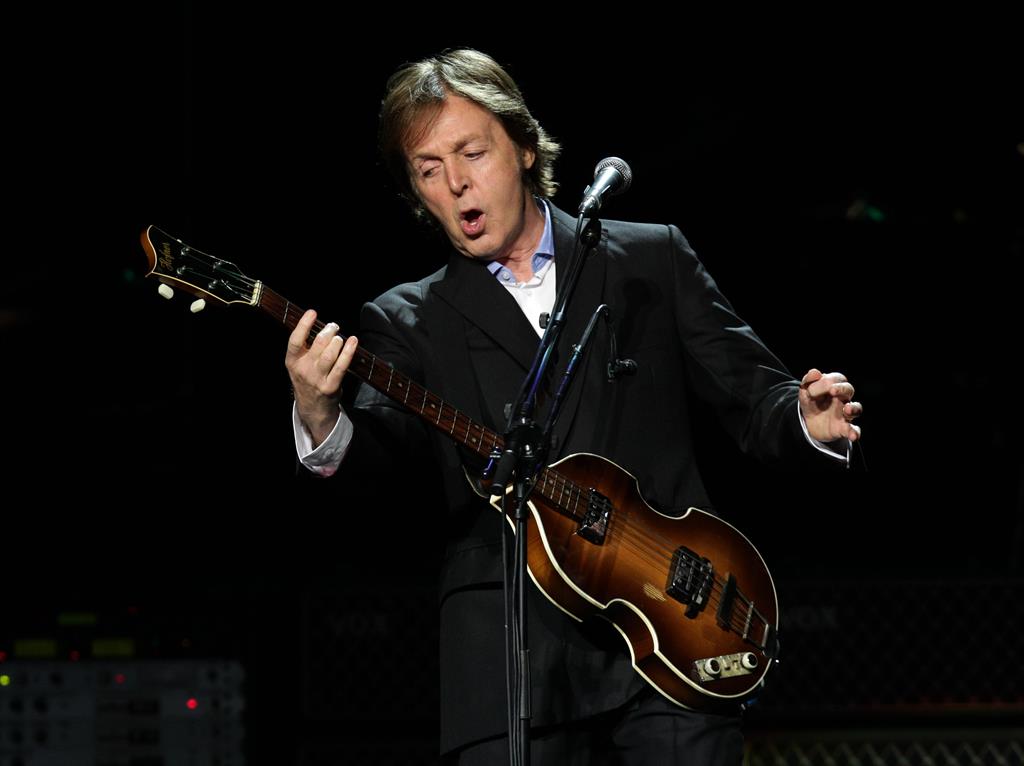 With a different show each night, there’s something for everyone — with a chance to see the likes of Ed Sheeran, Muse, The Who, Sir Paul McCartney (pictured), Paul Weller, Stereophonics, Pulp, Noel Gallagher, Rudimental, Them Crooked Vultures and The Cure.

The Cure and Them Crooked Vultures will be full shows, as opposed to highlights, so you’ve got the chance to catch the whole set.

To watch the full The Cure set, simply buy a £5 raffle ticket, giving you the chance to win the guitar that Robert Smith played in that show, and you’ll receive a code to watch it.

As well as the chance to win the guitar, there’s plenty of exclusive Unseen merchandise, including T-shirts, tote bags and face masks and limited-edition merchandise from the Royal Albert Hall shows, all of which are raising money for the charity.

Most of the shows are free to watch, but donations are encouraged.