BEFORE lockdown, Kiri Pritchard-McLean was in such demand that she and her partner decided to lay down a rule. To guarantee quality time together, she would need to take off two consecutive days per month. When you love your job as much as this award-winning comedian, saying ‘no’ can be difficult, especially when television and radio bookers are scrambling at your feet — she’s been on Frankie Boyle’s New World Order, Have I Got News For You and more, has hosted BBC Radio 4 Extra’s Newsjack, does a madly successful podcast, All Killa No Filla with Rachel Fairburn, and she writes, directs and is ‘mum to’ sketch groups Gein’s Family Giftshop and Tarot. But then all live gigs were cancelled and Kiri, four dates into a tour for her new show, Empathy Pains, saw her livelihood disappear overnight. She had time on her hands and it felt weird.

‘You don’t realise how much validation you get from your work,’ she recalls of those early days of lockdown. ‘Of course, I should have realised that when your job is standing in front of crowds of people making them laugh, having that taken away would be a huge nose-dive into sadness, but it’s not even as simple as that. I was thinking, “What am I if I’m not doing this?” and feeling so helpless when this horrible stuff was happening. I didn’t know what to do to help. Quipping on Twitter isn’t saving lives or making a difference.’

So, when a school friend invited her to perform on Covid Arms, their Zoom pub night, to help raise money for the Trussell Trust food bank charity, Kiri jumped at the chance and got her comedian pals Stephen Bailey and Rachel involved.

They raised £13,000 on the first night, and, as the gig turned weekly, she enlisted the help of more big-name stars including Aisling Bea, Nish Kumar, Rhod Gilbert, Frankie Boyle, Mark Watson, Rachel Parris and Jason Manford. The shows are now monthly, and Harry Hill will be on the next one (September 19).

So far, Covid Arms gigs have raised around £110,000 for charities. Half goes to the Trussell Trust, and the rest is divvied up evenly between the other acts, with Kiri working hard to ensure the line-up represents the kind of comics you’d see on the club circuit (those who particularly need the income right now), as well as ‘juicy names off the telly’. They even broke a Guinness World Record in May for the biggest number of people in a virtual pub (6,321) in May. That event, a pub quiz, raised more than £32,000 for the National Emergencies Trust.

One of the benefits of lockdown was that Kiri and Rachel were able to record more episodes of All Killa No Filla than usual. The podcast about serial killers — which, in finding humour in the ridiculousness around the edges of the subject, rather than being callous about the crimes or the victims, manages to be incredibly funny — now has 350,000 devoted listeners a month from all over the world.

When they mentioned that drive-in All Killa No Filla shows in Edinburgh and Bolton had been cancelled, their fans — without being asked — donated to the pair’s Patreon account in such numbers that it paid Kiri’s mortgage repayments during lockdown.

‘We only mentioned the Patreon in the context of thanking people,’ she says. ‘There’s no hard sell because we’re both too embarrassed, but it’s been the thing that’s saved us. It’s been amazing. Our listeners were all so sweet, and it felt like they really looked after us and appreciated we were putting out more podcasts.’

If you think being able to sensitively mine laughs from violent crime is challenging, that’s nothing compared to the subjects Kiri tackles for her solo comedy shows, which always get rave reviews for their thought-provoking, but achingly funny concepts. Her previous themes have included the breakdown of a relationship with a partner she accused of gaslighting her and insights she gained while mentoring a vulnerable teenage girl.

Empathy Pains, partly inspired by Twitter abuse she received from strangers, is even more ambitious.

‘I naively thought if we had more empathy, we could fix everything,’ she recalls. ‘I started looking into the science of empathy, and learnt that it could be taught — it’s been on the curriculum in Denmark since 1995.

‘I gave myself a challenge and decided to try to empathise with a group of people I have no empathy with, and started researching and speaking to non-offending paedophiles on the internet. For most people the worst thing you can think of is a paedophile, so I thought, “Right, let’s go try empathise.”

‘I’m not trying to sound like a mad liberal hippy who wants all paedophiles to be babysitters. It’s not an easy conversation to have on stage, but that’s what I do. I ask, “What can’t you make funny? OK, let’s make a show about that.”’ And if that’s not enough, Kiri’s also spearheading (with comic Nina Gilligan, alongside the Live Comedy Association) a drive to tackle sexual abuse in the comedy industry. Ideas being explored include kite marks for ‘safe’ clubs, mentoring and a more formal HR framework.

‘Promoters and venues I speak to don’t want people assaulted, and it’s not even from a cynical “I don’t want to get sued” way,’ she says. ‘They want people to have a nice time and for people to want to play their club. People have been very receptive.’

In fact, Kiri is recording more television shows this month than ever before. These include some exciting-sounding pilots for new panel shows, all secret at the moment. And the plan is to resume the Empathy Pains tour in the spring. If there’s anyone left who doesn’t know who she is, that’s surely all about to change.

KIRI IN HER OWN WORDS….

On what’s making her laugh 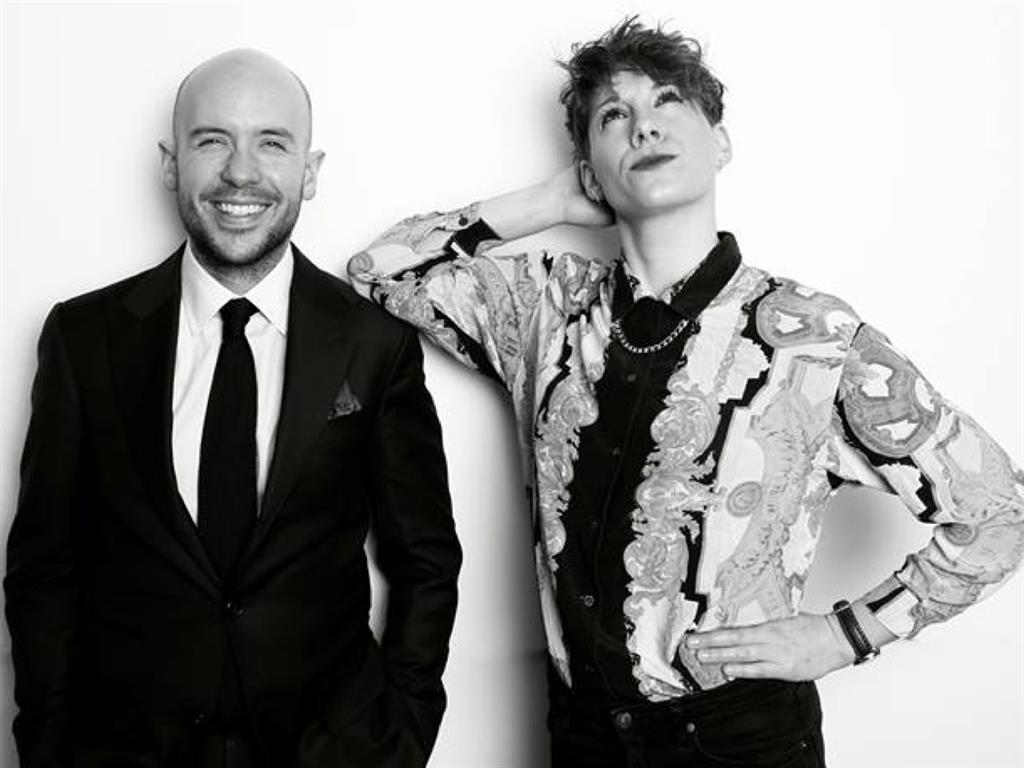 ‘I love Suzi Ruffell and Tom Allen’s podcast (Like Minded Friends, above). It makes me laugh out loud every time. They’re both so quick and so funny. I like podcasts with a pure and genuine friendship at its heart.

‘And everything Nathan Foad does — perfectly executed sketches from a shop – makes me furious I didn’t think of it. Naomi Ekperigin, below, (@blacktress on Twitter) is also amazing — it’s like watching an actual queen stride around.’ 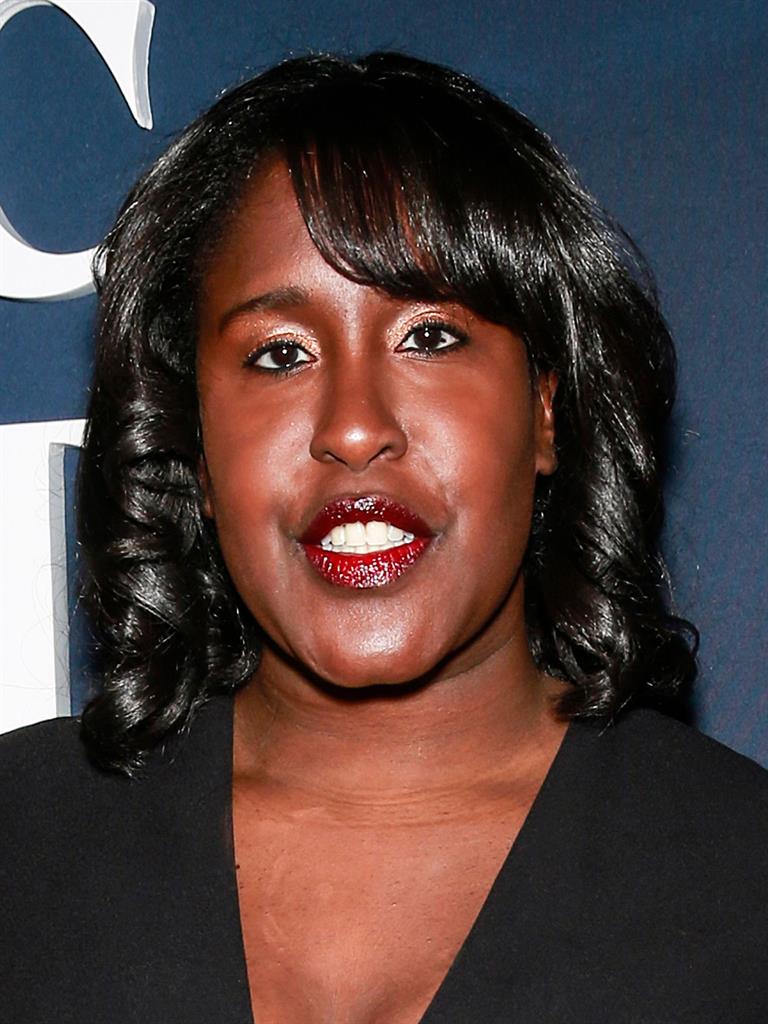 On filming TV panel shows during the ‘new normal’

‘There’s never any audience when you film stuff at the moment so in one way it’s really fun because the comedians are a bit naughtier and you don’t necessarily have to win anyone over when you’re a newer face (because they’re not there to see you). The flip side is the energy of an audience is really interesting to ride.’

On the need for diversity in comedy club line-ups

‘Bookers need to look at it from a business perspective. If you have a diverse bill, your audience will become diverse because people bring their fans. Also, television is having a real push to become diverse, which means excellent people — women, queer people and people of colour — are now being booked for the jobs they always should have been booked for, and they’re getting more television.

‘If you’re good to them when they start out, where do you think is the first place they’re going to come and do their tour at? The venues that helped them on the way up.’

On finding a new work-life balance

‘The idea that I can be a bit pickier about work has been useful for me. I actually like having time off work and it’s better for my brain.

‘I’m a better comedian if I’m happier and more relaxed, which I am, than if I’m constantly on trains or in a box bedroom in London for three weeks. Being in the city is stressful for me.’

■ The next Covid Arms gig is on Sep 19, comedyatthecovid.co.uk; Kiri’s Empathy Pains tour is due to begin in spring 2021, kiripritchardmclean.co.uk