FROM tomorrow, art-starved members of the public can immerse themselves in the country’s first full-scale arts festival since Covid put paid to live performance. For two weeks the delayed but undaunted 25th Greenwich+Docklands International Festival is leading the artistic fightback with a re-imagined, safety conscious programme that both reflects the crisis and offers us an escape from it.

‘Over the last four or five months we have seen that people have rediscovered the need and importance of looking after one another,’ says GDIF’s artistic director Bradley Hemmings. ‘That spirit is at the heart of this free outdoor arts festival.

‘What strikes you as much as the wonderful arts performances is the other people you’re experiencing them with.’ 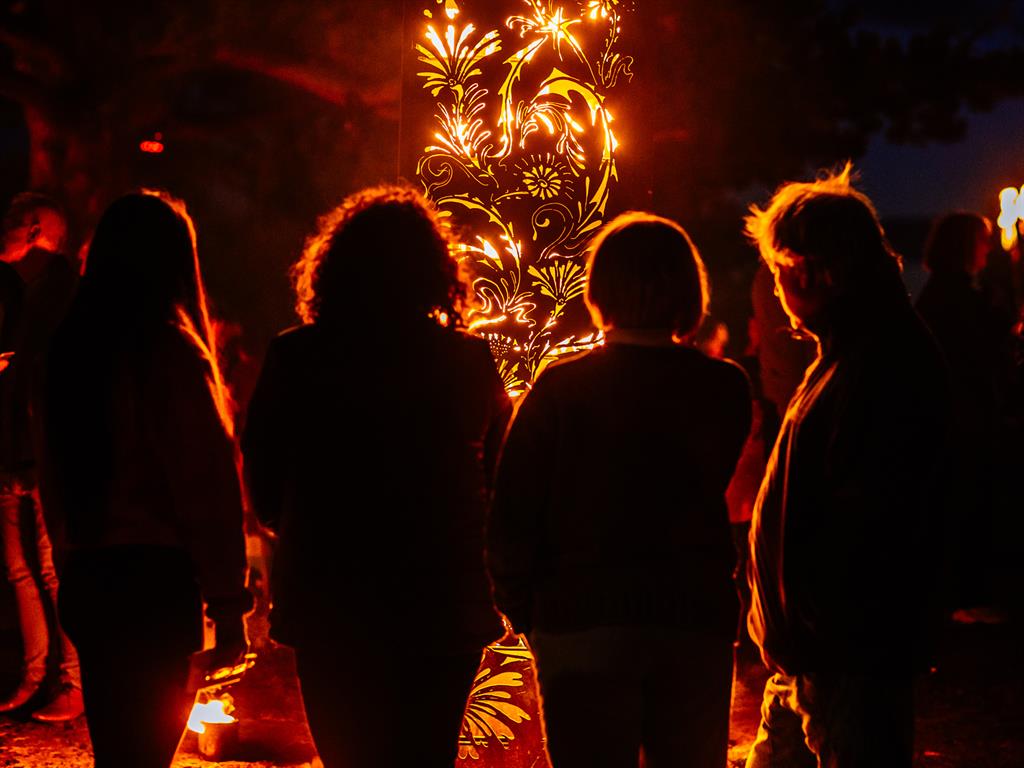 This year’s GDIF highlights include In Memoriam, a forest of flags made from hospital bedsheets by artist Luke Jerram in honour of those lost to the pandemic; Requardt & Rosenberg’s sci-fi dance piece Future Cargo; prose poem Weavers Of Woolwich by the Booker-winning novelist Bernardine Evaristo; and 846 Live, a multi-voiced theatrical response by BAME writers to the killing of George Floyd, which has been curated by dramatist Roy Williams.

‘There are also events that are very much in the category of bringing people together to make you smile again,’ explains Bradley.

The Fire Garden (pictured above) by theatrical pyro-technicians Walk The Plank is one of these. ‘It’s an immersive walk through fiery pieces inspired by the natural world,’ continues Bradley. ‘Fire is a universal way of bringing people together in a reflective and celebratory spirit.’

Here, we catch up with some of the artists whose work will be featuring during the two-week programme… 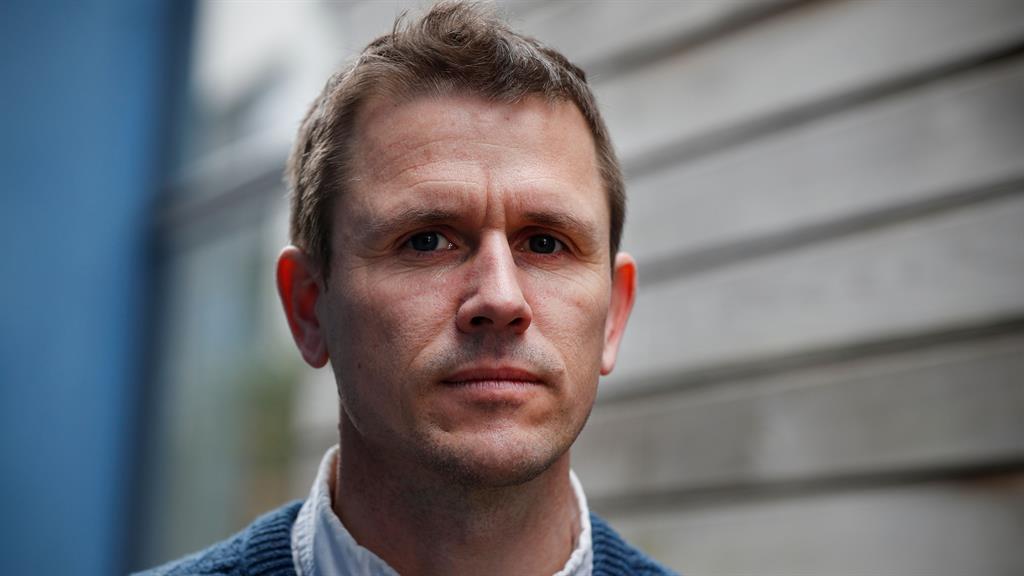 Luke is the artist who famously placed pianos in public spaces and created Gaia, a massive 3D depiction of planet Earth, which also appears at GDIF.

His latest installation is In Memoriam (tomorrow-Mon). Consisting of flags made from hospital bed sheets, it takes stock of the human and emotional cost of the pandemic. ‘We have had nearly 60,000 deaths in the UK,’ says Luke (above) of the artwork, which will be temporarily sited near the Queen Elizabeth Hospital.

‘Not many people have been able to grieve properly, with funerals cancelled, churches and cathedrals closed. So, although it feels like we’re only half-way through this pandemic, there’s a massive need for a work that can help people grieve for the people they’ve lost.’

For a more celebratory mood, there is also Luke’s project Lullaby (September 11-12). He says: ‘We strap speakers and lights to a shoal of 40 bikes, and deliver this lullaby at dusk to children’s homes and front gardens.’ 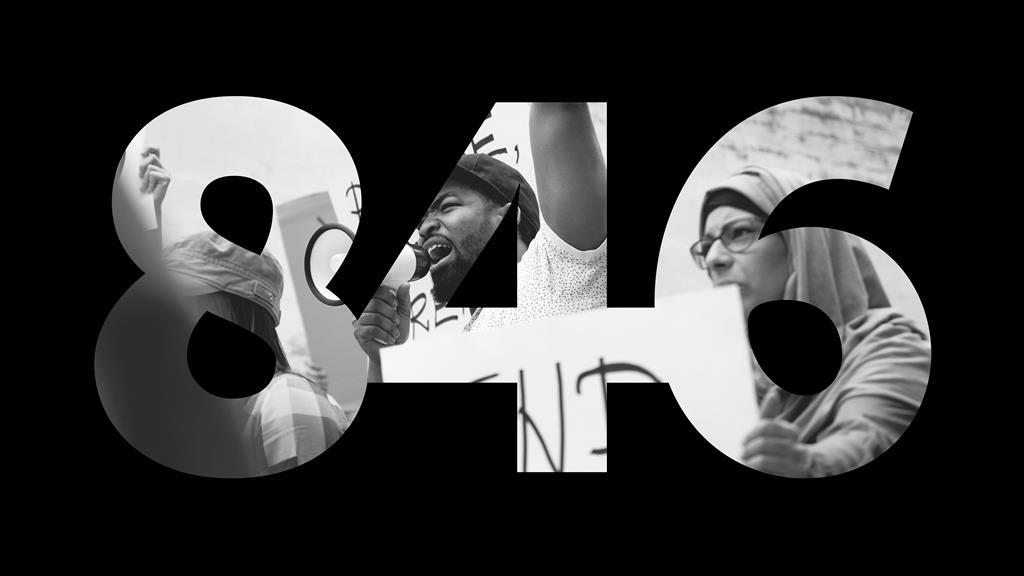 Roy Williams’ plays often reflect black British experience. However, the title of this co-production with Theatre Royal Stratford East references the eight minutes and 46 seconds a white police officer knelt on the neck of black American George Floyd. 846 Live (September 12) is the response by black and Asian playwrights to the atrocity.

‘One thing we all agreed was that, as shocking as that video was, we just felt this work had to be our personal accounts of racism,’ says Roy, who curated the plays. They started life as a podcast and now a selection will be performed live at GDIF, including Roy’s own personal piece based on his experiences.

‘My contribution is from when I was 14,’ explains Roy. ‘My best friend at school lived a stone’s throw away and sometimes he’d go home for lunch. One day I went with him and we were upstairs in his bedroom playing his Atari — that shows my age — and his dad completely stalked me while I was in the house. I just felt his eyes all over me. Even my friend said, “You alright there, Dad?”, so clearly his dad’s behaviour was new to him.

‘After his dad spoke to him, my friend was completely different with me at school. I was just another kid in the corridor. I couldn’t articulate it at the time but I knew what that was about. It was a very interesting experience of racism.

‘People think racism is about saying something about colour, but it’s a lot more complex. This shows how devious it can be.’ 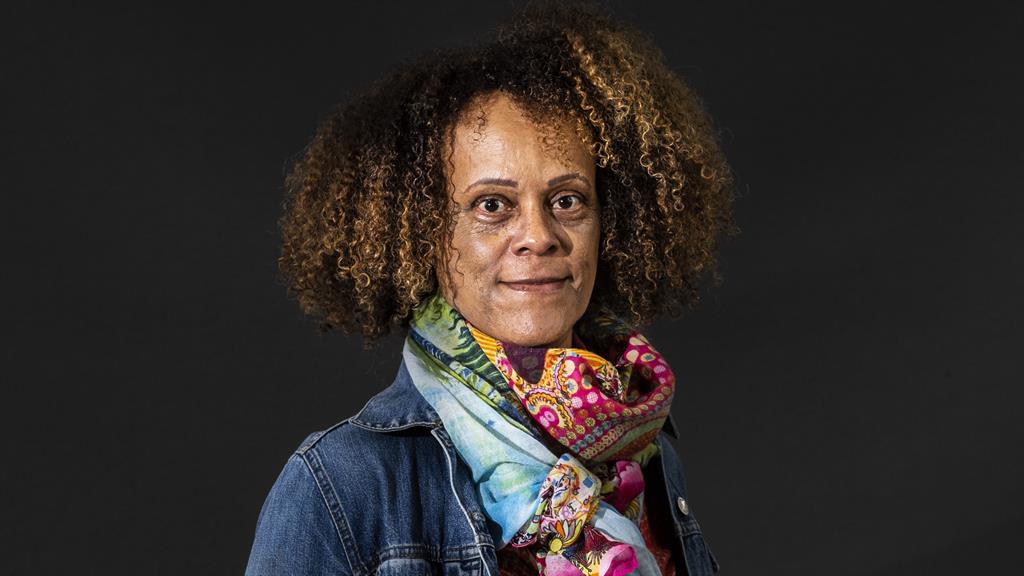 Woolwich born and raised, Booker Prize-winning novelist Bernardine Evaristo (above) has written a prose-poem for the festival. Weavers Of Woolwich (tomorrow) is inspired by the area’s history, from its wool-trading heritage of 2,000 years ago to today’s gentrification. ‘It was a military history for a very long time,’ explains Bernardine. ‘I talk about the arsenal, which was three miles long and where armaments for Britain’s crusades and wars were made. Now it’s being turned into luxury accommodation and social housing. I guess one of the things I’m talking about is the inevitability of transformation of our cities.’

■ GDIF is free, although booking is required for some events. It runs from tomorrow until September 12, festival.org/gdif