WHEN this month’s Edinburgh Art Festival had to be cancelled due to coronavirus, organisers refused to give up on their quest to bring art to the city — instead adapting the festival format to showcase the work of ten artists from previous festival editions.

Works will be presented as a blend of online, live and public art, combining specially conceived offerings with archival pieces chosen for their resonance in today’s Covid world. Themes include the personal and societal impacts of the pandemic, how we have found new ways to communicate and be together, and how different our futures might look. 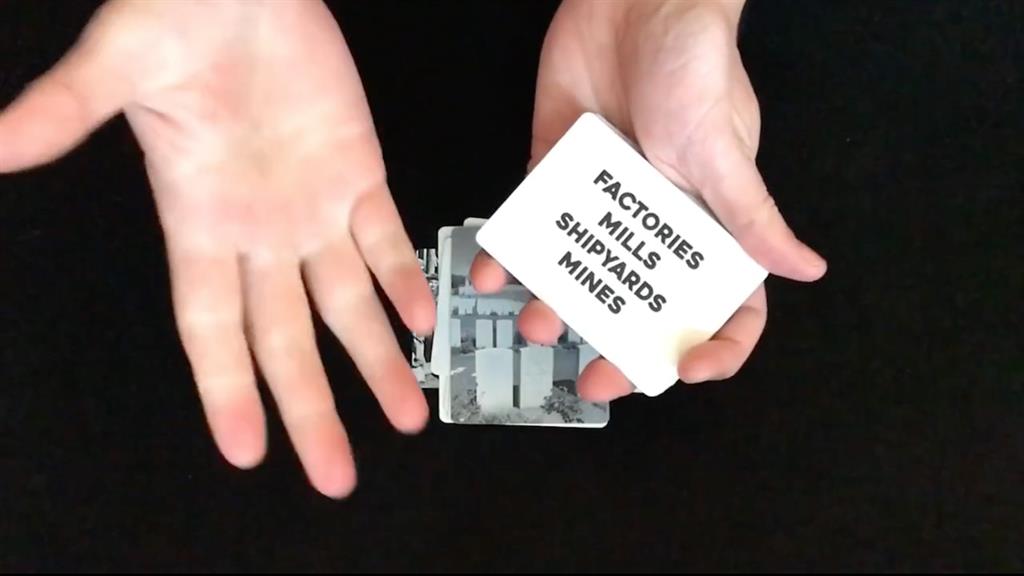 Two years ago Ruth made a short film, Sympathetic Magick, in which she asked magicians how they might use their skills to change the world. She revisits the movie and shares an online presentation, Worker’s Song Storydeck, which she created with Billy Reid. She’s also showing a series of posters she devised with another magician, Ian Saville, asking society to join a ‘mass action for the radical transformation of society’. Online, until August 30 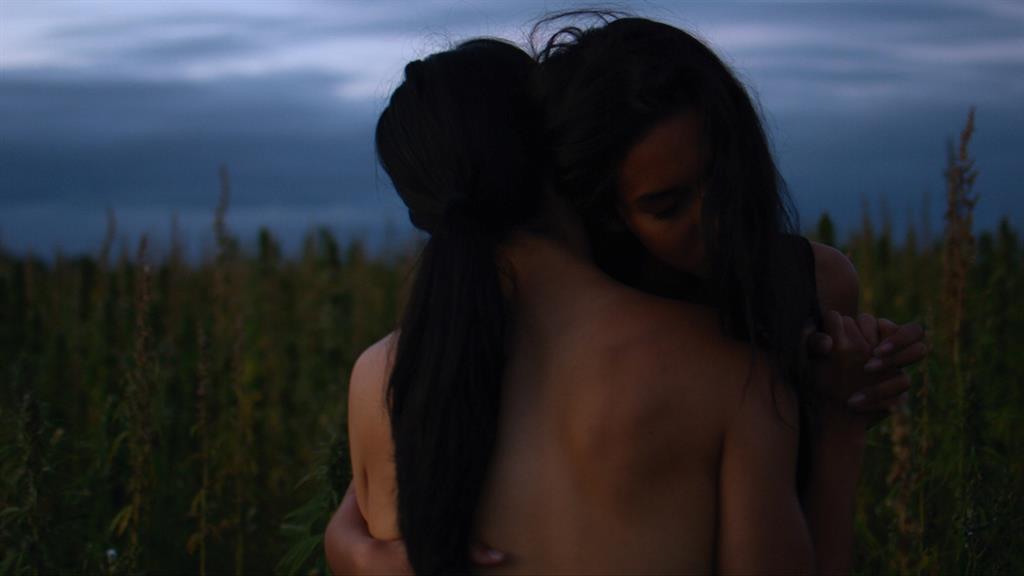 Love, grief, sickness and healing are among the themes that inspire Shannon. In his work, With The Sun Aglow, I Have My Pensive Moods (commissioned for the 2017 festival), he uses footage from tribal lands in New Zealand surround his family’s urupa (burial grounds). Online, until August 30 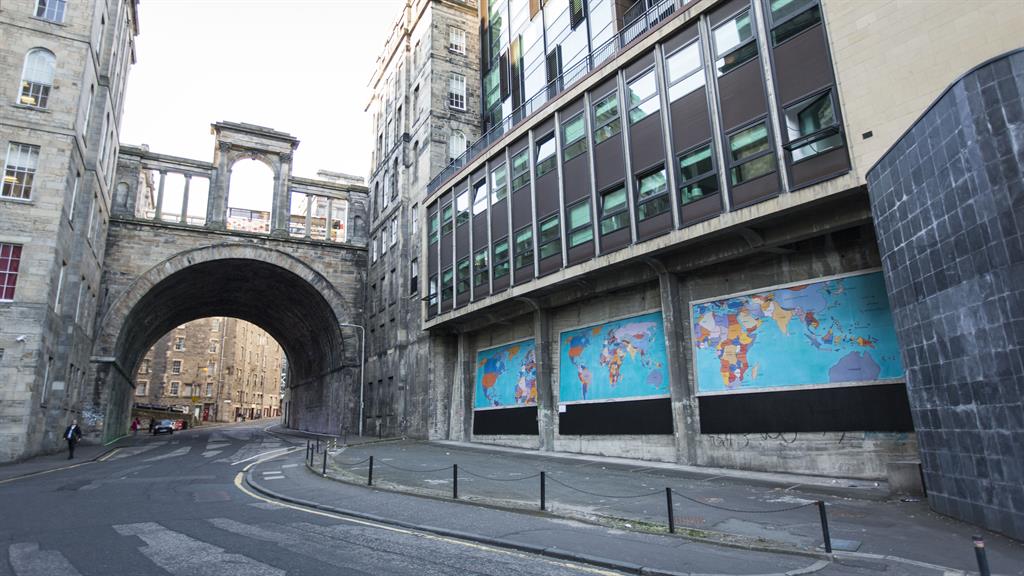 Maps play a big role in Tam’s work, and this year he’s reshowing his 2014 festival billboard work, The Hand Made Map Of The World. Here he subverts the political lay of the world, playing with the land masses to expose the quest for territorial control. Middle Meadow Walk, until August 30 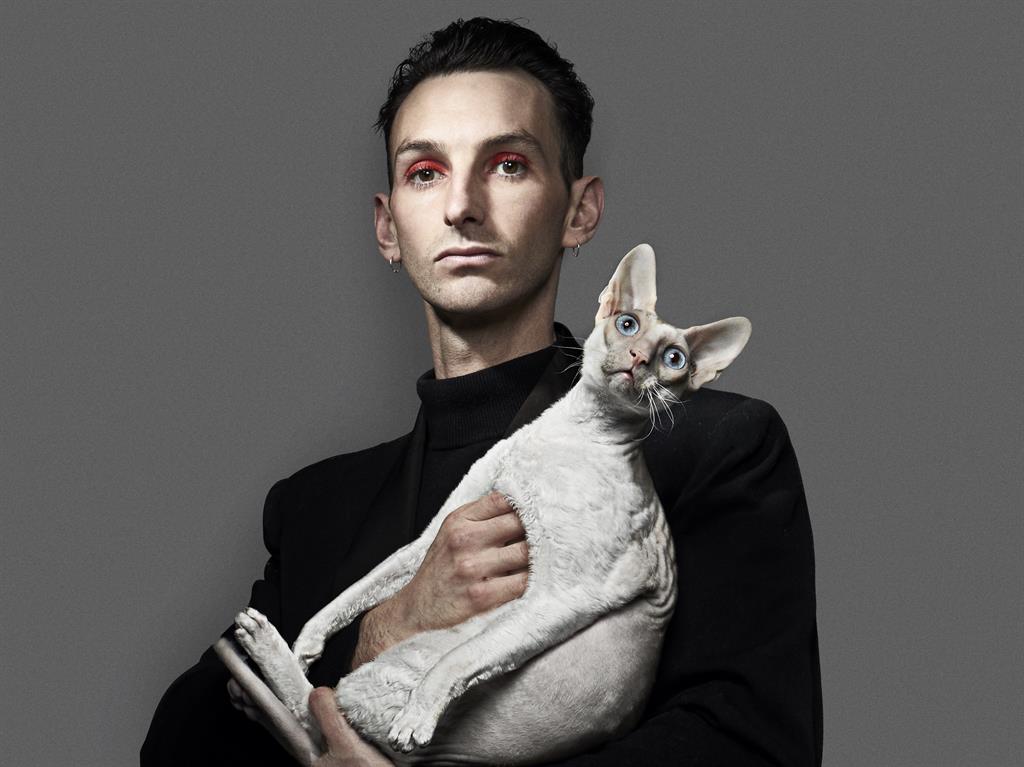 Calvin’s 2012 art festival work, Calvin & Metro, was all about going back to the neighbourhoods of his youth. This year, he reflects on the way in which many people have returned to their family homes with a new online performance called Calvin & Jogging. Nostalgia and the disintegration of private and public spaces are among core themes. Online, Thu 7pm & Sat 11am, until August 30 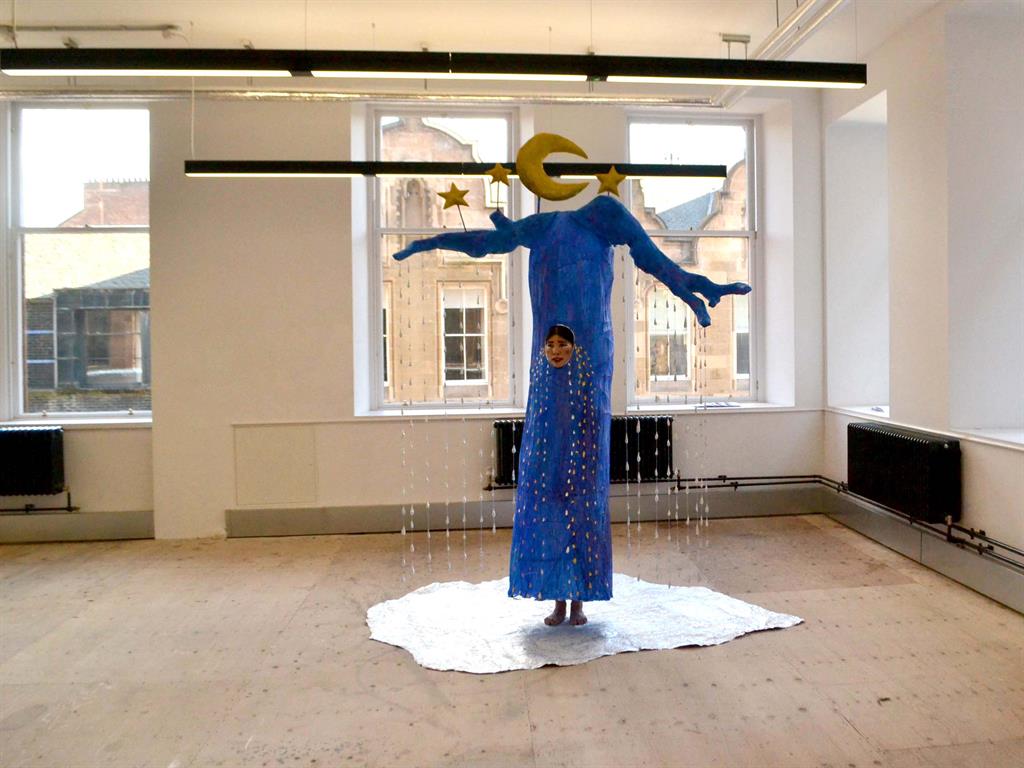 Fresh from last year’s If I Were A Weeping Willow Drowning In My Tears (above), relatable themes of loneliness, yearning and futility come to the fore in Tamara’s new performance, It’s All Over But The Dreaming, recorded live last week. Tamara will be exploring how we use contemporary methods to satisfy our desire for closeness. Online, August 10-30 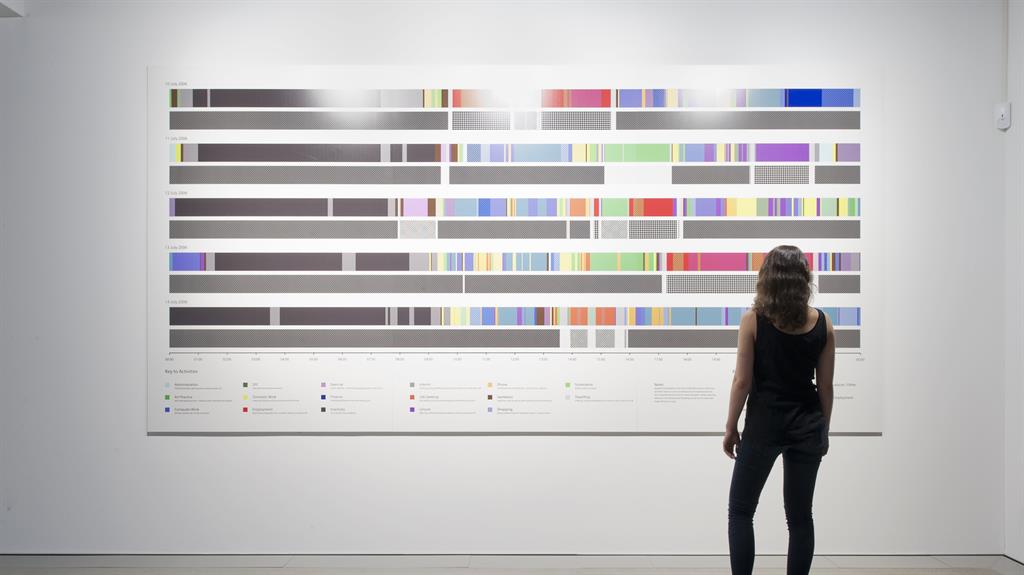 This artist and activist meticulously analysed the thousands of journeys she’s made and used the data to create a graph called ‘Tonnes of carbon produced by the personal transportation of a “professional artist”’. This year she is showing an up-to-date version of graphs first shown in 2012 and 2014, making connections between social and literal mobility — both of which have come into sharp focus during the lockdown period. Meadowbank and Calton Road, until August 30 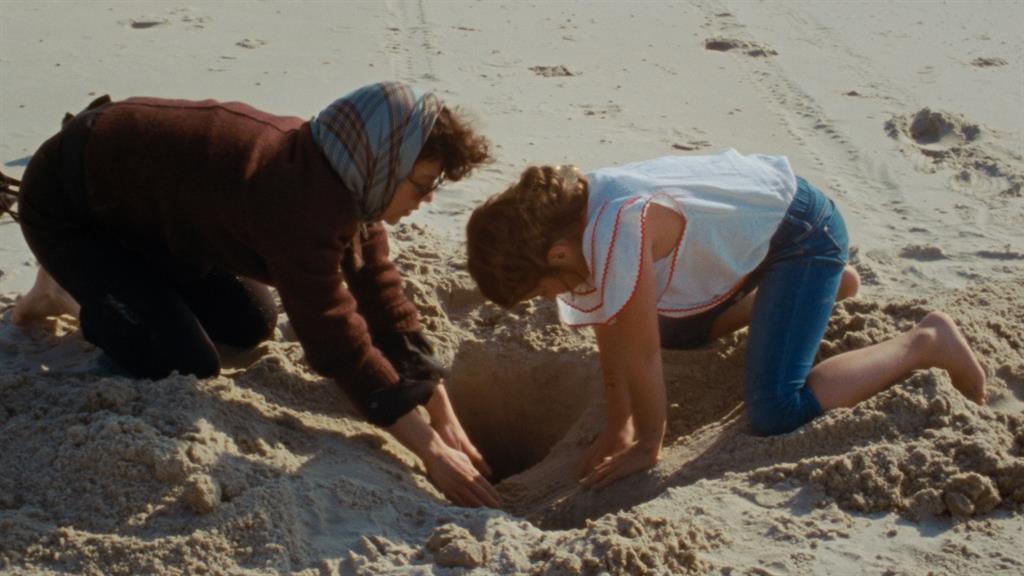 Fans of this fascinating artist get a chance to see an online version of her two-part film — ‘Where There Is A Joyous Mood, There A Comrade Will Appear To Share A Glass Of Wine’ (above) and The Moon Nearly At The Full. The Team Horse Goes Astray’ — from last year’s festival. Online, until August 30 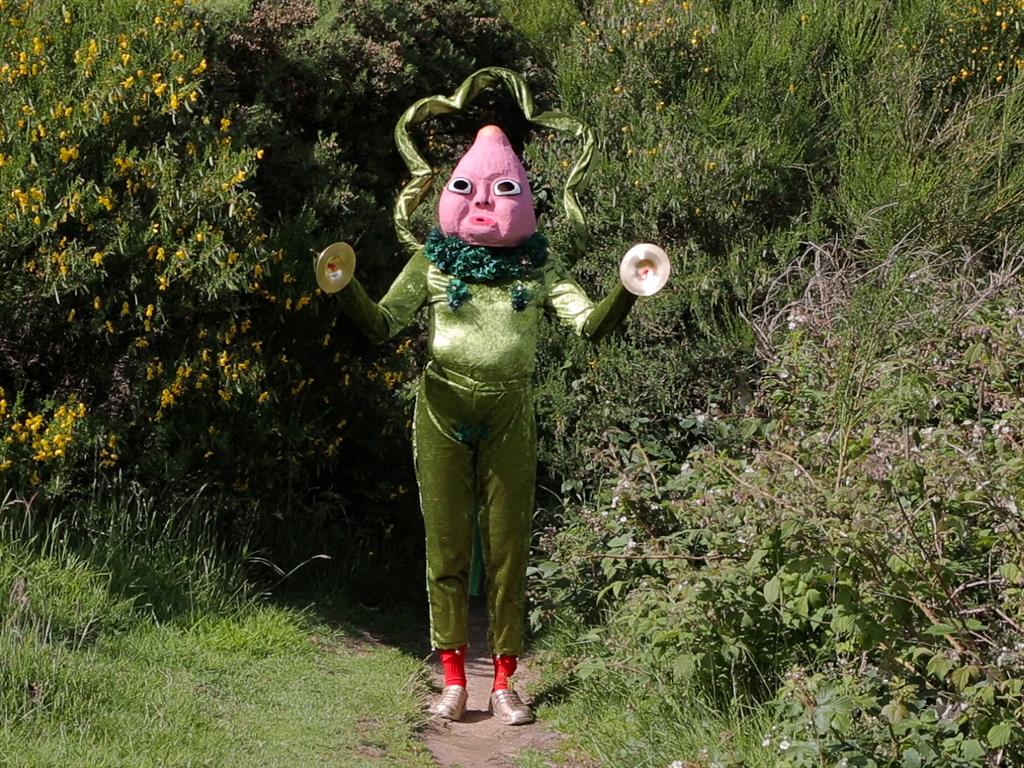 The Glasgow artist is expanding on Song Dynasty, a project first shown at the 2018 festival, which looks at foreignness and the sense of the ‘other’ as part of an ongoing familial collaboration. Presented online, there is also a poster being put up at Clerk Street Cinema, which has a connection to Rae-Yen’s family. Until August 30 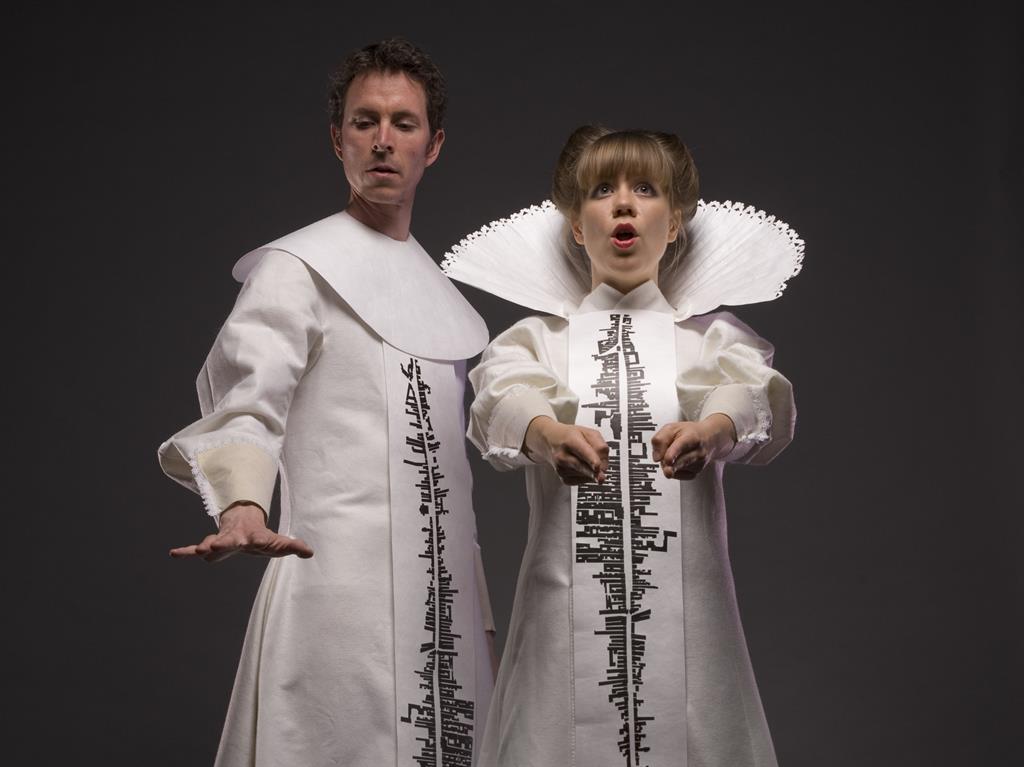 Another artist who’s interested in the human need to connect and communicate is Hanna, who’s giving us another chance to see Sing Sign: A Close Duet (above) which is described as a ‘vocal and gestural suite devised for the historic closes of Edinburgh’. You can also see a special performance of some of the work she’s doing online with Daniel Padden, which looks at how much we rely on tech of late. Online, until Aug 30