AS CORONAVIRUS closed music venues and independent creative businesses across the country, street artists painted their towns red, green, blue and pink, bringing colour to the shutters and raising a much-needed smile. A world away from the old image of outlaws daubing graffiti on buildings in the dead of night, this is commissioned art, bringing creativity to empty spaces with the full blessing of the site owners.

In Manchester, muralist Qubek was invited to remind passers-by of the good times they’ve enjoyed at live music hotspots by painting the closed shutters of the O2 Victoria Warehouse and O2 Ritz Manchester. As part of O2’s national This Is Just An Interval campaign, the venues’ exteriors have a new look while fans await the return of live music.

‘It was quite an emotional thing for me, really, remembering the great times I’ve had in those venues, particularly the Ritz, which was where I had my first big nights out,’ Qubek recalls. ‘I used to go there every Wednesday with my mates, so I’ve loved the opportunity from O2 to express myself on the venue.

‘At first, I wasn’t really sure how to sum that up, but as I got started I realised that, for me, it’s all about the people who make these venues what they are: the musicians and the people who work across the gig economy, and how hard it is for them at the moment.

‘The lonely microphone on the floor of an empty venue is symbolic of how people are feeling right now, not knowing when things are going to get better, but adding the text “this is just an interval” gives the piece a message of hope. That’s my idea behind it, anyway.’

As the artist behind Manchester’s famous bee murals, he is used to capturing the city’s creative, industrious spirit. His depiction of 22 bees which adorns the Northern Quarter’s Koffee Pot commemorate the lives lost in 2017’s Manchester Arena attack, and act as a moving reminder of the city’s spirit and creativity. 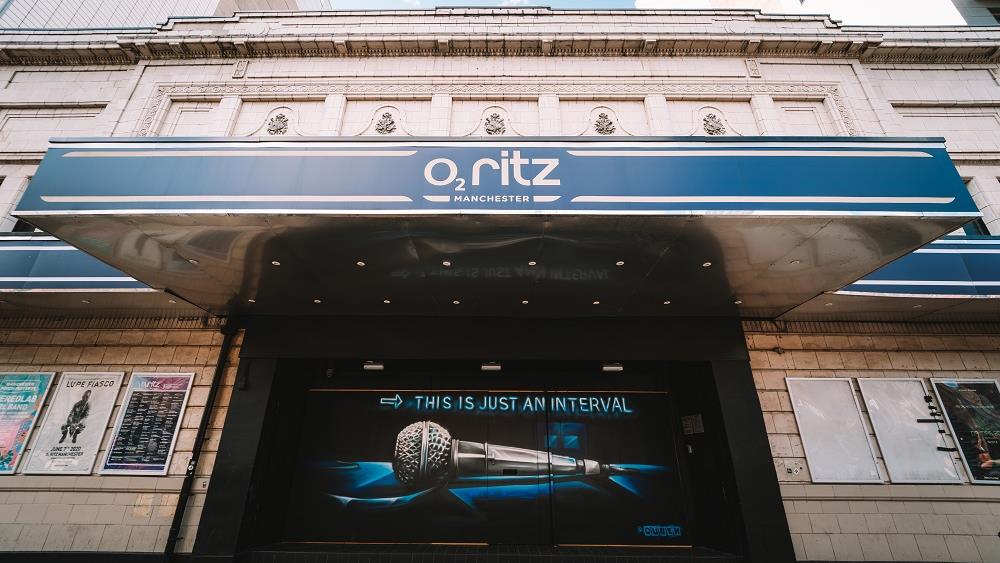 ‘I’ve painted bees for years, little Manchester worker bees, I’ve always loved them as signifying the hardworking people of the city,’ explains Qubek. ‘But it was after the arena attack and the tragedy there that they became particularly poignant for a lot of people, and I was asked to do more of them.

‘It was an opportunity to try to help at a time where we all felt pretty hopeless — and I think if you have an opportunity to put something back, you should always try to take it. The ones I’ve painted so far have been auctioned for about £90,000 for charity.’ Qubek, who lives in Old Trafford with his partner and young family, is also keen to put as much as he can back into the wider community.

‘Other than commissions, I do a lot of work running workshops for young people and helping them channel their creativity with public art,’ he explains.

‘There’s an idea that we are all running around at night spray-painting train carriages, and while there are people who do, and I did start out being a bit naughty where I sprayed, the vast majority of us are working on positive artwork, designed to inspire the community.

‘I see so many talented kids coming through, and it’s really hard for them these days to find an outlet for that creativity. There is a great community on Instagram, too. Every day, I look at the murals and street art being done around the world and it takes your breath away. We’re part of an amazing global movement.

‘That was the thing for me about the dropped mic and us all waiting for live music to return. The creative community is huge, and whether that’s as artists, musicians, writers or any of the other industries in the gig economy, we are all part of a wider community supporting each other.’