TO SAY that 2020 has been tumultuous would be an understatement, of course. Yet if there’s been one positive within the music industry, it’s the number of bands to have reunited this year. Doves are back, after a decade’s hiatus, with new album The Universal Want out next month. They should soon be on tour as well, but Covid-19 has put that back to March 2021.

Drummer Andy Williams couldn’t be happier to be back. ‘It’s great to put new music out finally. We’ve been working on and off, we never split up — we just got to the end of the last album and decided we needed a break after non-stop touring and recording for 25 years or something silly,’ he laughs.

The band started talking about making music again a few years ago, and it was a natural process, says Andy. ‘We were texting each other, saying we had some songs. We started writing again, but it was all under the radar, which was a really nice feeling.’ To say it was hush-hush is a bit of an understatement — even their record label didn’t know, as it turns out.

‘We weren’t even sure they would want it, but fortunately they did. Being told to make a single or something for the radio can kill a band. It was a free way to make a record, no pressure as nobody knew what we were up to.’

The band decamped to the Peak District to put the record together.

‘We went to a cottage, and just immersed ourselves in writing and recording. We didn’t go out walking or anything, we delved into the music. The momentum picks up fast that way.

‘We finished the record in London a week before lockdown, the timing was amazing. Psychologically, had we been part-way through, it would have been so hard. We were mastering it, then lockdown came a week-and-a-half after.

It might have been nearly a decade but, once they were back together, it was like no time had passed.

‘All three of us have been through so many experiences together, reconnecting as people has been amazing. We had so many laughs in the studio, and that’s the way it should be,’ says Andy of his bandmates, guitarist (and twin brother) Jez Williams and Jimi Goodwin, the bassist/frontman.

Doves played a comeback show at the Royal Albert Hall for The Teenage Cancer Trust in March last year, after a very special invite. ‘Roger Daltrey wrote to us asking us to do it — you can’t turn The Who down! It felt right to come back for that show,’ recalls Andy, laughing.

‘The Royal Albert Hall was dead exciting but scary, there’s nowhere to hide. We did a little warm-up show the day before, which I’m glad we did — that’s too big a stage to step out on after ten years. The audience carried us through, there was such a buzz. They made it easy to play, you feed off the audience. It was a night we will always remember.’ After so many years out, Andy says there were some nerves about how the new music would go down.

‘The industry is so much faster than it ever used to be. There’s a constant thirst, which is great, but it can feel like an escalator. You worry that you’ll come back and find yourself at the bottom step and nobody will be bothered. 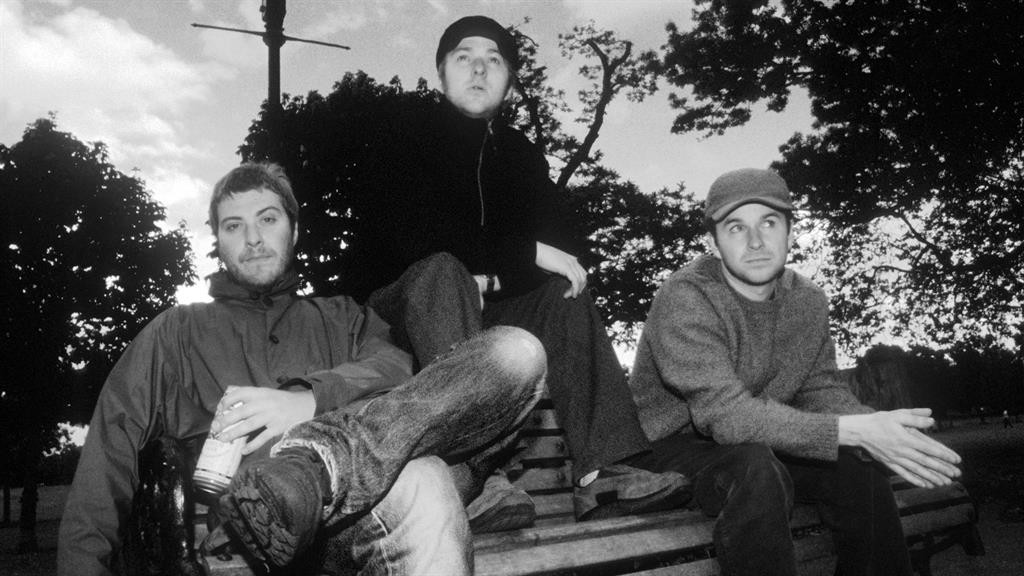 ‘We’re so honoured that people still care. People connect with the music and are amazingly loyal.’

The singles they’ve released so far have gone down well, so Andy is excited for people to hear the album. And play it, too — the band have ‘leaked’ the sheet music and lyrics for closing track Forest House, so fans can interpret how they think the song may sound before release.

‘We’re chuffed with the reaction, but we had a feeling we’d made a good record. I don’t want to sound cocky, but all three of us love it. I won’t say the old cliché of it being the best thing we’ve ever done, but it certainly stands up against the other records.’

After so many years away, what’s next for the band? ‘I’m really hoping, touch wood, we get to do our first UK tour in what, 11 years? I’d better get jogging and get in shape again. I need someone to put me through my paces so I’m not out of breath one song in,’ he laughs.

■ Doves begin a UK Tour in March 2021. The Universal Want is out on September 11, dovesofficial.com