WITH my ears still ringing from walking through the attic rehearsal room where 12 teenagers from champion steel band Ebony are banging out a quite complex tune, I meet their leader, Pepe Francis. Pepe never stops drumming on tables, chairs, whatever, his huge gold ‘Pepe’ name-bracelet clanking as he drums.

We wander through the YAA centre, an arts/community centre, into a relatively quiet room (though there is no real getting away from the sound of the band) and take a seat. ‘Wow, that’s loud,’ I say as we settle down.

Pepe laughs. ‘Oh, you want to be in a room when all 96 of them are playing,’ he says. I’m not sure I do want to be in that room, though the sound certainly comes alive at Panorama, the traditional Notting Hill Carnival warm-up event. The steel drums (or pans) are largely imported from Trinidad, where the whole culture of carnival as we know it originated, and come in a variety of shapes and sizes -costing from £900 to £1,500, Pepe tells me. ‘So when you have up to 100 people in a band, that’s a lot of money right there.’ 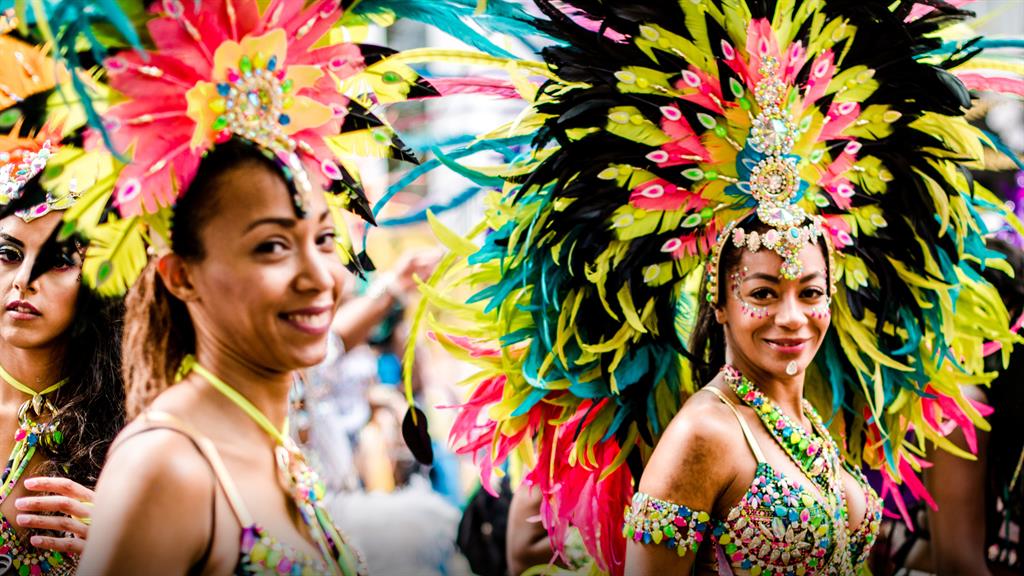 Pepe, who is also from Trinidad, which he left nearly 50 years ago, is the figurehead of Ebony, a band he originated with two friends in a yard in 1969, and which is now the Coldplay, Spice Girls, Beyoncé and One Direction of steel bands rolled into one. It’s the band to beat at Panorama (get it? ‘Pan’-orama), the biggest competition in the steel band world.

‘The oldest member of Ebony is probably me, and I’m 76,’ says Pepe, though he doesn’t often get involved in the hands-on music side any more. ‘The youngest is probably about six.’

And do they care about winning, I ask, or is it all about performing? ‘No, it’s about winning,’ says Pepe, not smiling now that things have turned serious. ‘It’s just bragging rights but, because they’re accustomed to winning it, they don’t want to lose.’

Ebony has walked off with the top prize 22 times out of less than 40 years, one of the reasons, no doubt, that Pepe is actually Pepe Francis MBE, a gong he received from Prince Charles, who he seems to be quite cosy with. ‘It was a good day at the Palace,’ says Pepe. ‘I enjoyed that. Prince Charles knew me because we do a lot with The Prince’s Trust and we used to do a lot of the garden parties at the Palace and the Commonwealth Day church service, which is how I met the Queen.’

The band is open to everyone. ‘One of the reasons we put a stress on having young people from school is that there’s trouble on the street.

‘We insist on a certain amount of discipline. We don’t tolerate no nonsense here. If you can’t abide by the rules, we let you go. But everyone here knows they’re part of the Ebony family so they do try and keep on the right side.’

Most players play from sight and sound. ‘We do jazz, the classics, and popular ones [Beyonce, Rihanna],’ says Pepe. ‘We play all over the country.’ The tutors, who tend to have started at the bottom as juniors, can go onto music careers whether it’s teaching in schools, being part of the Notting Hill Symphonic Orchestra or touring with jazz saxophonist Courtney Pine.

As Ebony gear up for this year’s carnival and the all-important Panorama, Pepe can’t help but look back to the early days. ‘The police and the masqueraders used to get drunk together,’ he chuckles. ‘It has grown a lot since the early days… mind you, even in the early days it was big. But I think it needs to be expanded out of Notting Hill because last year I’m sure you had nearly two million people and that’s too many for such a small route.’

Politicians listen up. Because Pepe is a man used to being heard.