HOT off a successful UK tour, Slipknot, the mask-clad kings of metal, are back on our shores this summer, with the first Knotfest to be held here. ‘Fans started asking for a Knotfest UK before we even played the first one,’ says frontman Corey Taylor, clearly astounded. ‘It’s not like you guys have a lack of festivals!’

He expresses similar levels of delighted surprise at the success of their latest album, We Are Not Your Kind, which went to the top of the charts in a string of countries. ‘It was fantastic. It was honestly something that we didn’t expect. At this point in our career, it would honestly be ridiculous to expect a Number One. Twenty years, the music that we make, the constant shift in the genre, people’s tastes, the way streams are counted and whatever. It’s all crazy. It shouldn’t have happened.’

He also admits he isn’t quite sure what is it about this album that made its reception so different from the others. ‘We were honestly blown away. It’s our highest charting album ever. It was probably our most human, in that it was so well rounded and mature and yet had that same ferocity that we tryto approach everything with, so we couldn’t be prouder.

‘It’s made me go back and listen to the album thinking, “What the hell did we put on this thing” that’s allowed people to connect. “Which track was it”. Trying to find the keystone,’ he smiles.

It could be the ferocity that is suited to the times, of course. According to Spotify data, Slipknot is the number one choice to listen to when you’re angry. ‘It feels like there’s an upswing,’ says Corey. ‘Every ten years, there’s an ebb and flow. We thrive in the underground, but then there’s that shift where we’re thrust back into the mainstream. The fans are there and will always support good quality content.’

The success of the recent UK tour attests to that. ‘We knew we were going to tour the world whether the album was Number One or Number 21, showing the world that there is a demand for our music. Whether it’s bands like us or Code Orange, or Behemoth, we’re not going. They try to shove non-rock bands into the rock’n’roll hall of fame and try to bury us and cover us with dirt, but guess what? We’ll keeping coming back! We’re zombies. We infect the people that were trying to ignore us in the first place.’

Corey often pinches himself when he looks around at the diverse fanbase at their shows. ‘Five or ten years ago it was our original fans coming to our shows with their kids, but now we’ve got fans who weren’t even alive when our first album came out, which is a trip to me! As a father, it’s especially interesting. I’m looking around going, what the hell is going on?’ he laughs. The band were careful not to tread on any toes when they announced the arrival of Knotfest in the UK. ‘We didn’t want to disrespect anyone who’s helped us to get to where we are,’ says Corey, earnestly. ‘We’ve seen that happen before where people come charging in on a whim and turn their back on their supporters. They don’t have that help and you fall through the cracks. Respect is a huge thing for us — we never want to assume that something is going to come off automatically.’

So what can we expect at the inaugural Knotfest UK, on at the National Bowl at Milton Keynes on August 22. The full line-up is yet to be announced but Corey explains: ‘We love to bring a different type of atmosphere. There’s a museum, there’s a complete carnival feeling, with the spectrum of acts that you’ll hear. That’s what makes this stand out, plus the inclusion of us!

‘When people think of heavy metal they think it’s one set thing. We embrace so many different styles that it allows us to put on so many types of bands and it makes sense. It’s diverse. The freedom that comes with our music… we are going to go out of our way to make sure that it represents us and has that free-wheeling, crazy, carnival spirit where every-thing goes. Plus there’s a lot of fire. People always love that. It wouldn’t be Slipknot without fire — the scars on my legs will vouch for that.’

In a year of firsts, there will also be Knotfest At Sea, a four-day festival in August aboard a cruise ship sailing from Barcelona to Naples. Yes, really. The band known for terrifying parents everywhere with loud metal and masks are taking to the waves.

Corey isn’t quite sure how their usual pyrotechnic extravaganza is going to work, so it may be another first — the first fireless Slipknot show. ‘I don’t think they’ll let us have fire on the cruise ship,’ says Corey. ‘Maybe we’ll get some of those paper fire lantern things, or some hairdryers, so it’s warm!’ What about ticker-tape and glitter, maybe? ‘No glitter! No!’ he roars, laughing. ‘It’s the herpes of the craft world, it never goes away. It’ll be three albums on from now and it’d still be all over our set. That stuff doesn’t come off.’ 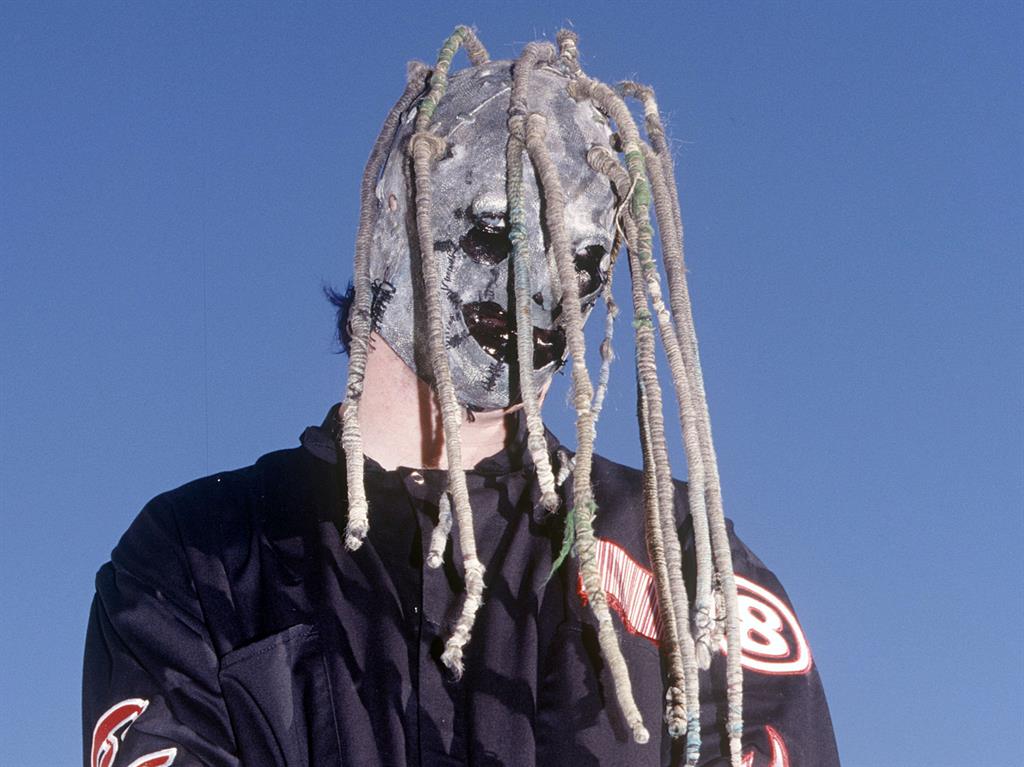 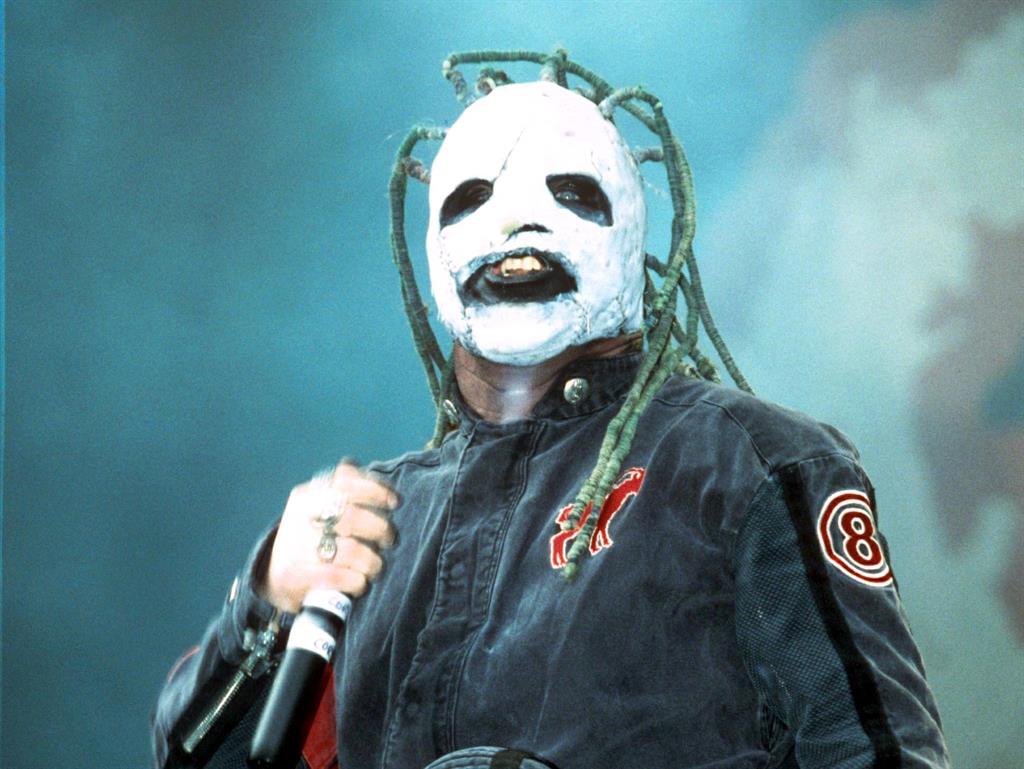 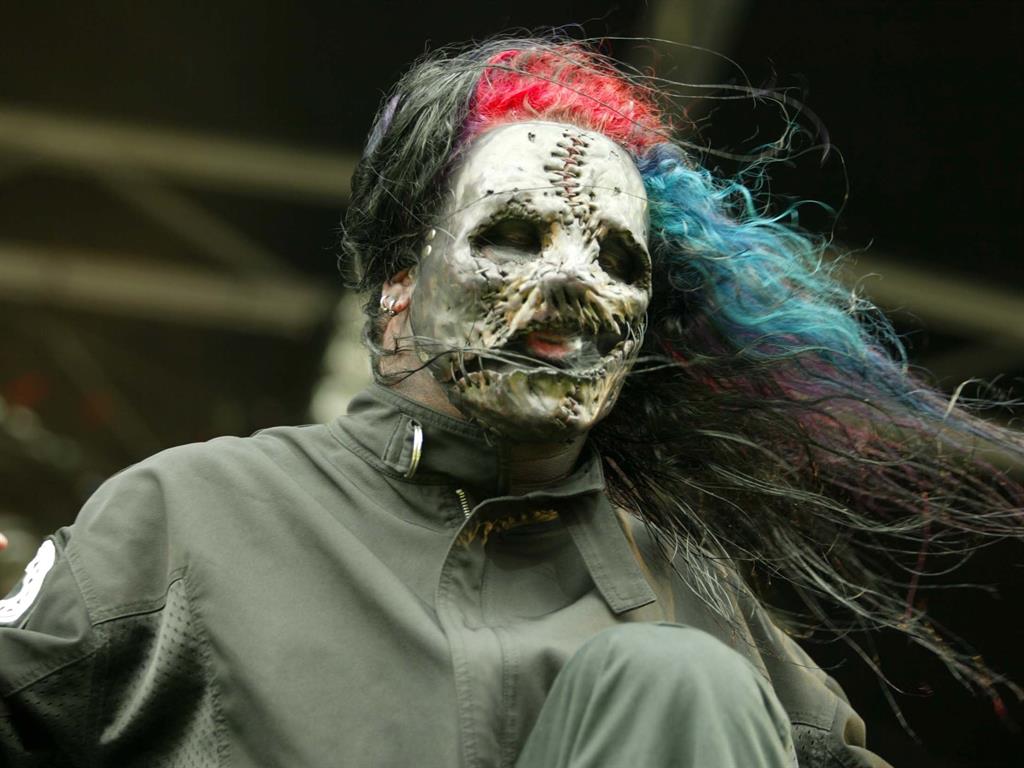 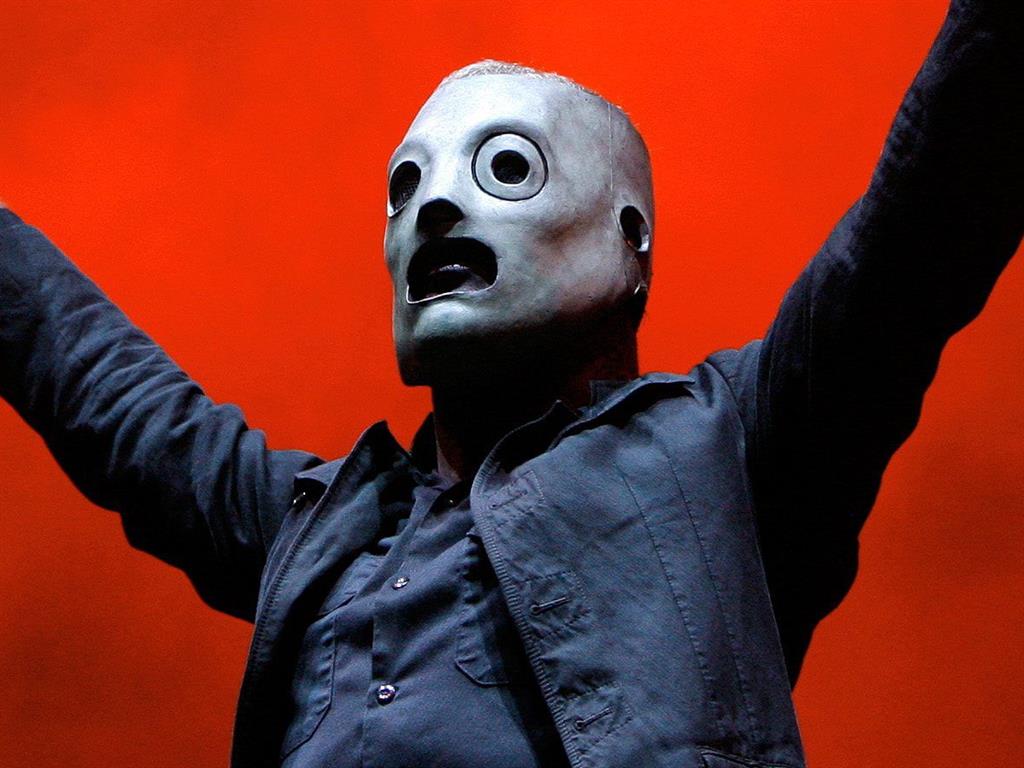 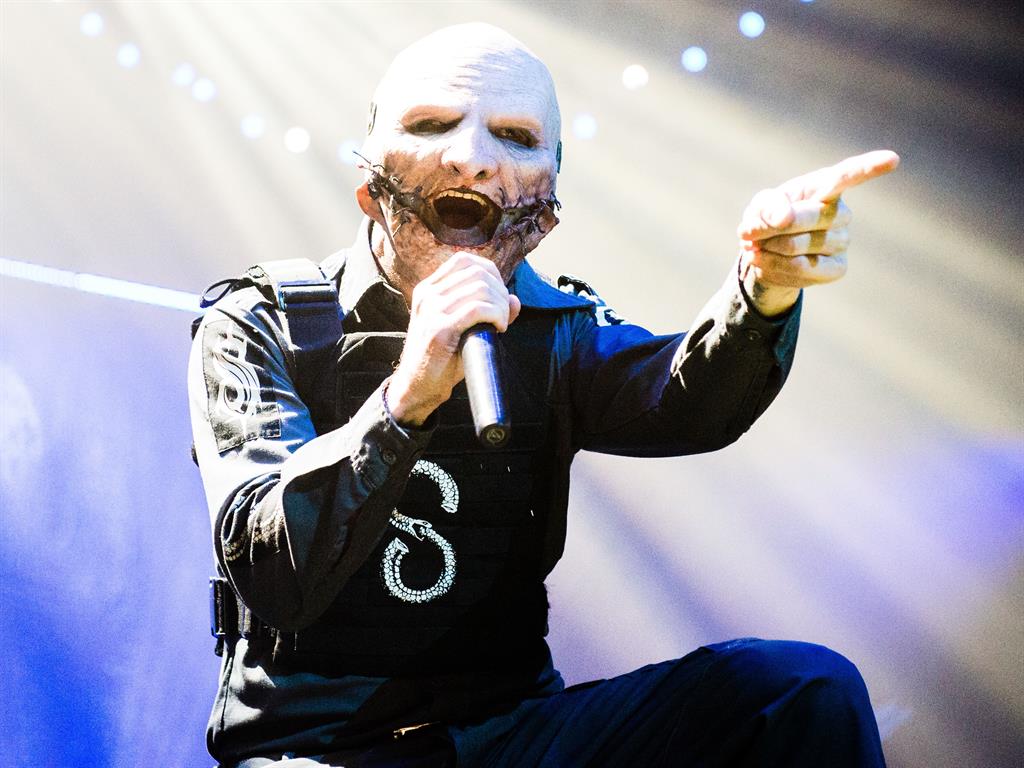 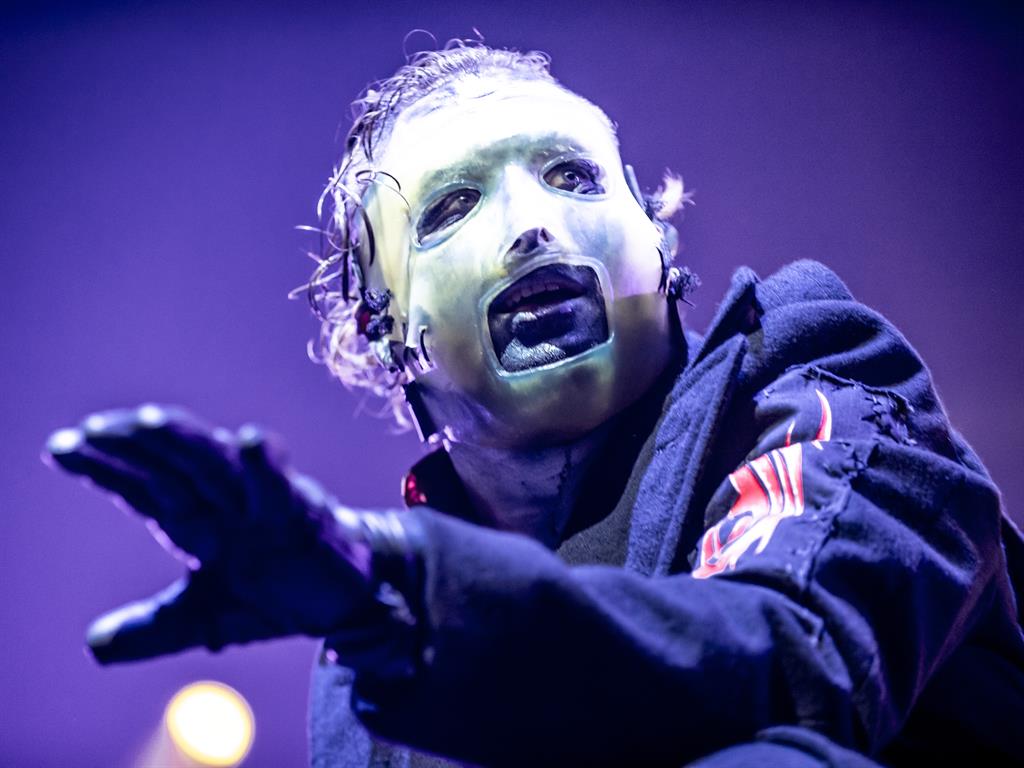