SINGER. Songwriter. Author. Community leader. Troubadour. Performer. Where to begin with Amanda Palmer? Helpfully, she’s narrowed it down in her own words. ‘I have five different descriptors depending on who I’m sitting next to on the plane,’ she laughs.

‘I think the easiest way I can describe myself to a total outsider is as a piano songwriter, who writes about feelings. It’s a non-condescending description of the tour.’

The tour Amanda refers to is There Will Be No Intermission (taken from the record of the same name). It’s a seated theatre-style show in which she performs songs and tells the stories that inspired them.

‘My favourite thing about this tour is someone told me they brought their grandmother along who had never heard of me, but she laughed and cried and wanted to come backstage and hug me. It’s just… yes, please. I win. Grandmother hugs! It’s like when you meet someone and you have a catch-up over a bottle of wine -that’s the feel I’ve gone for.’ 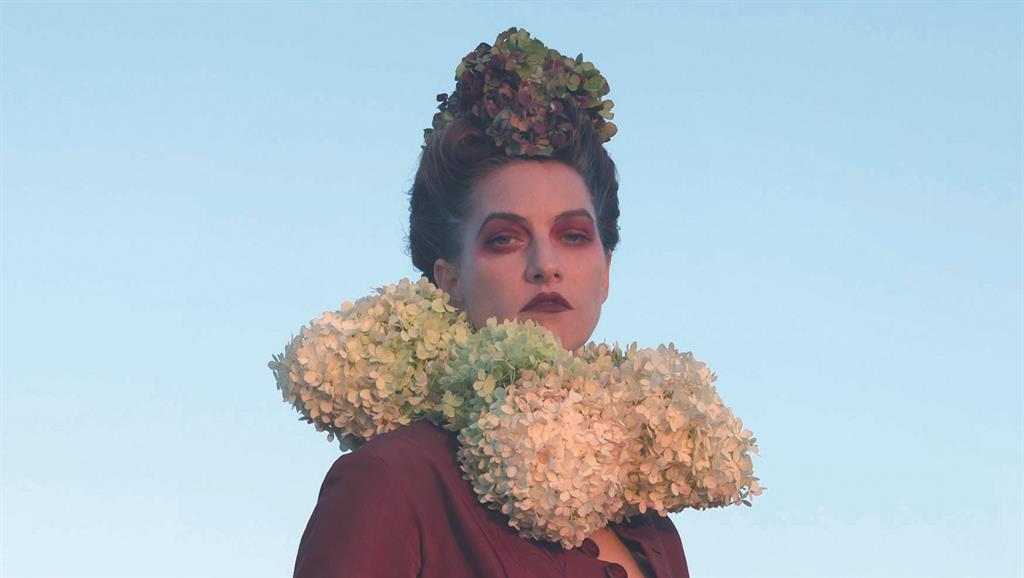 The show is worlds away from the chaotic, whirling dervish Dresden Dolls — a cabaret-inspired duo with Brian Viglione at the start of Amanda’s career — and her penchant for impromptu ‘ninja’ shows armed with just a ukulele and whoever turns up in whichever city she’s in.

Both album and show aim to break taboos and take on the toughest of topics. Amanda doesn’t shy away.

‘It’s the most personal thing I’ve ever done, but also the most universal. The stuff that I’m talking about, everybody seems to relate to. Loss, grief, confusion, compassion…’ she pauses. ‘It doesn’t matter if your story isn’t the same as mine — if you haven’t had an abortion, if your friend didn’t die of cancer — but everyone who comes to this show seems to be relating to it.

‘We’re talking about the big human themes; some of these stories are so incredibly dark they have to be served with a massive dose of humour or nobody would get through the night! It wound up, by accident, being the funniest show I’ve ever made.’

There may well be tears, but her audience are well prepared. ‘We literally are selling handkerchiefs at the show! Many people come alone, but it’s a really wonderful group,’ she says. ‘I’m really proud of the Dresden Dolls and Amanda Palmer community; I cannot tell you the number of anecdotes I’ve heard of strangers passing tissues down the aisle or turning around and offering hugs because someone was crying during a song.’

Amanda was at the forefront of crowdfunding and now uses Patreon as a way of connecting to her community and raising money for art and projects. She’s also used it to write songs.

‘The key ingredient that goes into a song is an explosion of emotion, whether it’s anger, sadness, regret or frustration. It doesn’t have to be my emotion, though. The Ride and Drowning In The Sound were both written after I read over a thousand comments about my community’s fear and feelings and the fear within when I went to them for help. Songwriting is such a weird job,’ she laughs again.

‘I like to think that despite all of the things I’ve done, created and built in my life, that my real skill set is songs. I’m a really good songwriter. From the time I was 15 until now at 43, if you ask me to list my best songs, pretty much all of them were written quickly in under a couple of hours. They just come out like a flamethrower, beautifully blazing and fully formed.’

Ultimately though, Amanda is aware some of the content may be challenging. ‘As a performer, you’re not meant to make people comfortable. If you’re good at what you do, it’s your job to make the audience slightly uncomfortable within a zone of safety,’ she insists.

Is performing the same songs and emotional labour challenging?

‘It can feel a little strange going through the same set of emotions every night, but I drew a lot of inspiration from performers I saw in the year beforehand.

‘Someone gave me a ticket to see Hannah Gadsby performing Nanette and said, “This show will kick your ass.”

‘It was so incredibly brave and she goes to such heavy places every night. I realised that you were allowed to do that, it’s not about one giant catharsis.

‘Nick Cave did similar, too, with the Skeleton Tree tour. I saw Bruce Springsteen, BRUCE SPRINGSTEEN!’ she shouts. ‘He bared his heart on stage, talking about his dad’s death, his mum’s Alzheimer’s, his insecurity as a musician. We have to have these conversations. Sure, it’s a weird way to be introduced to me, but it’s a great first date.’