IT WAS the job of Britain’s top scientists to explain why the UK is not yet going into shutdown over coronavirus.

But just in case anyone feared they might hear a lot of medical jargon, Boris Johnson kept it simple, telling everyone in Britain it was vital to ‘squash this sombrero’.

The PM let the boffins detail his plans for dealing with the ‘worst public health threat for a generation’.

With supermarkets stripped of loo roll and pasta in a frenzy of panic buying, chief medical officer Chris Whitty and chief scientific adviser Sir Patrick Vallance were, in contrast, calm and measured as only the British can be. 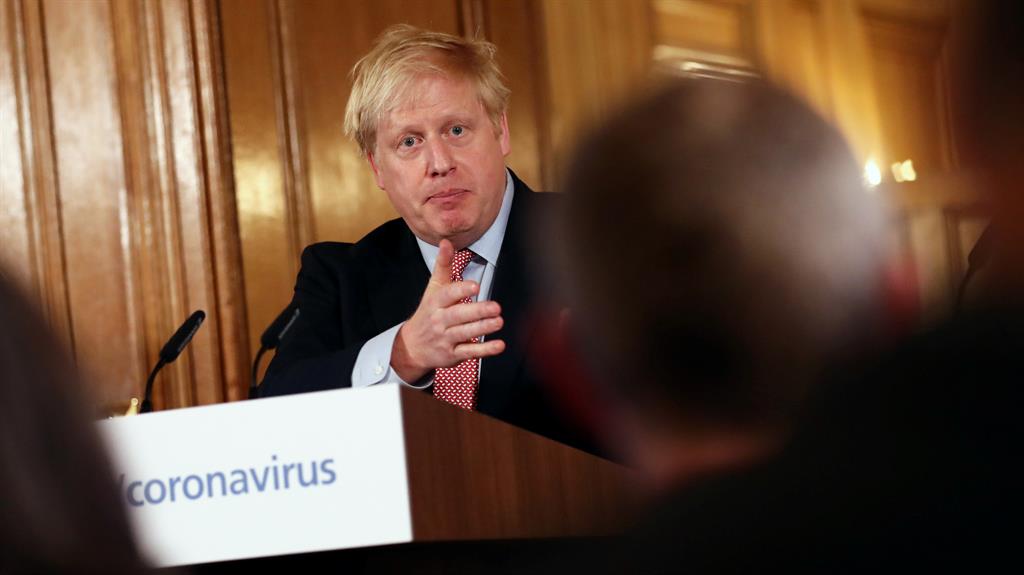 The only sign of disarray was Prof Whitty’s red tie being slightly askew as his colleague explained the ‘sombrero’ drawn on a graph that could have been straight from a university whiteboard.

The prime minister said yesterday that the official advice was for anyone with a persistent cough or a fever to stay at home, sleep alone, and remain at least 6ft from family members for seven days. These measures stop short of those in parts of Europe where schools and shops are closed and sporting fixtures have been axed.

Prof Whitty admitted that 80 per cent of the UK population could become infected — but said the most important thing was to have few enough cases at any one time to allow the NHS to cope.

‘The next stage will be putting social distancing around people who are older and those with severe health conditions,’ he added.

‘We do not think it is appropriate to make a national recommendation for that at the moment because it is too early in the course of the epidemic. But that point will come.’ 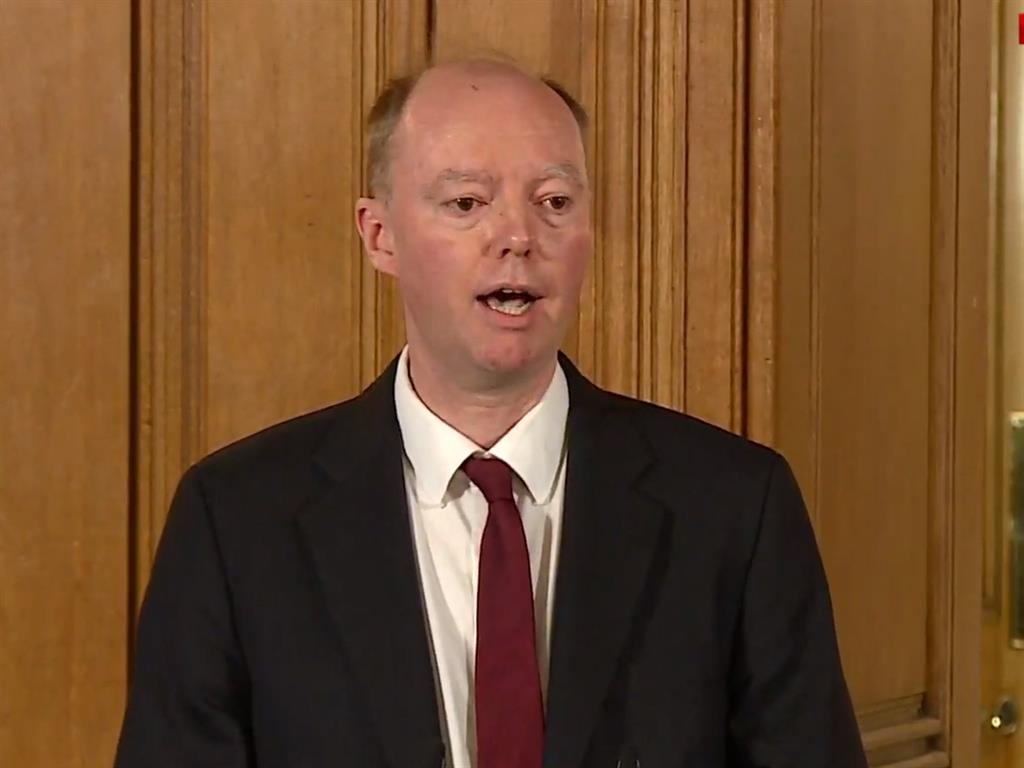 Sir Patrick said the peak could be ten to 14 weeks away and there were probably 5,000-10,000 infections already in the UK. But he called it a ‘relatively small number’, adding: ‘We’re still on the flat part of the graph, in a period where it hasn’t yet taken off.

‘Today’s actions are to delay the peak — and to push the peak down — so we’re trying to reduce the number of cases at any one time, pushing it out into the summer when there is less transmission.’ He said if people obey the advice to stay at home for seven days if they have a cough or fever, infections will be cut by up to 25 per cent.

If entire households are advised to isolate, that could lop another 25 per cent off the infection rate, but he insisted it was not the current policy.

‘If you asked households at the moment, most people would not have it [the infection] and you might have to ask them to do it all over again,’ Sir Patrick said. ‘Timing is critical; there is a package of things that need to happen at the right time and in the right order.’

He said a 16-week school shutdown might not be enough to have a significant effect, and could lead to pupils being sent to their grandparents.

Mr Johnson said the idea of closing schools was being kept ‘under review’, insisting: ‘At this time we are not — repeat not — closing schools. This may change as the disease spreads, but schools should only close if they are specifically advised to do so.’

Mr Johnson said he might follow Scotland in banning gatherings of more than 500 people. ‘Banning such events at this time would have little effect on the spread,’ he added.

Sir Patrick said it is impossible to stop widespread infection — and not desirable ‘We need to have immunity to protect ourselves in the future.’ He was confident about the public’s ability to cope. ‘The biggest effect is not outbreaks of panic, it’s about outbreaks of altruism and people helping each other.’