CHARLIE GARD’S parents have ended their legal fight over treatment for the terminally ill baby.

Chris Gard and Connie Yates announced their decision as a High Court judge was preparing to oversee the latest round of a five-month legal battle in which Great Ormond Street hospital (GOSH) argued Charlie’s life support should be switched off to prevent him suffering further.

Addressing the court, Ms Yates said the couple ‘only wanted to give him a chance of life’ and that a ‘whole lot of time has been wasted’, adding she hoped Charlie’s life would not be in vain.

‘Our poor boy has just been left to lie there for months without treatment … left with this illness to deteriorate to point of no return,’ she said.

‘But no organ has failed. No proof he is in pain or suffering.

‘We will always know in our hearts that we did our very best for Charlie and we hope he is proud of us.

‘It’s not too late for others. We owe it to him to not let his life be in vain.

“We thank GOSH. We love Charlie very much. Our son is a warrior. His legacy will never die. His spirit will live on for eternity.’ 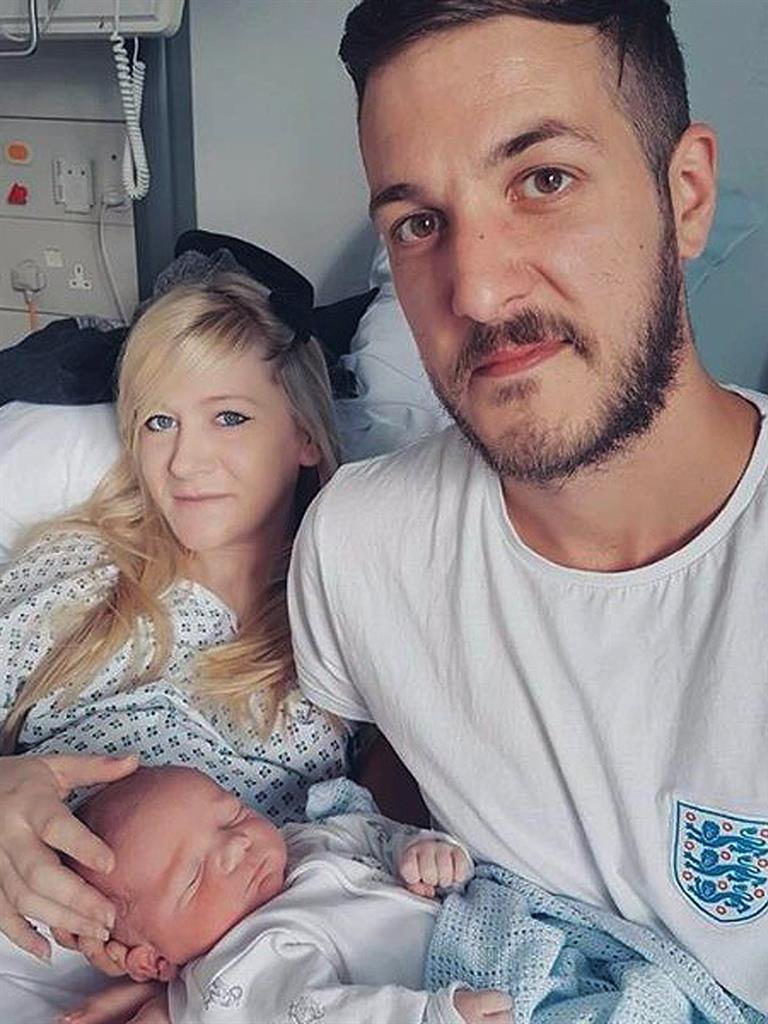 Before leaving the witness box, she added: ‘Mummy and Daddy love you so much Charlie, we always have, we always will.

‘We are sorry we could not save you.’

Mr Justice Francis had been scheduled to analyse what the couple said was fresh evidence at a hearing in the Family Division of the High Court in London.

‘This case is now about time,’ said their barrister Grant Armstrong, adding: ‘Sadly time has run out.’

Mr Armstrong said Charlie’s parents had made a decision following the latest medical reports and scans. He said damage to Charlie’s muscle and tissue was irreversible.

‘The parents’ worst fears have been confirmed,’ he said ‘It is now too late to treat Charlie.’

The couple felt that continuing their fight would cause Charlie pain, said Mr Armstrong.

He said the case was ‘worthy of a Greek tragedy’.

Mr Armstrong revealed that Charlie’s parents hoped to set up a foundation. He said they wanted lessons to be learned.

‘Dark days lie ahead for these parents,’ he said. ‘The parents wish to treasure their remaining time with Charlie, however short that may be.’

The judge said the couple now had to face reality.

He praised Great Ormond Street medics who had worked ‘tirelessly’ and said it was a ‘disgrace’ that staff had been subjected to abuse and threats.

He said lawyers had represented Charlie for free and suggested that they should have been entitled to legal aid. He said other parents were in the same position and suggested a legal aid review.

Outside court, supporters calling themselves Charlie’s Army reacted with anger and tears, chanting: ‘shame on you judge’ and ‘shame on GOSH ‘.

Charlie, who was born on August 4 last year, inherited a rare genetic condition from his parents.

He is blind, deaf and can only breathe through a ventilator as a result of the mitochondrial disease. GOSH physicians say that he is also brain damaged but Charlie’s parents claim the doctors are wrong.

In April, mr Francis sided with the hospital. The decision was upheld by the UK’s appellate courts and the European court of human rights but came back before the judge after Charlie’s parents claimed to have new medical evidence that the treatment has a higher chance of succeeding than previously thought. GOSH’s lawyer disputed the existence of new evidence.