Did anything surprise you about doing Vogue Williams Investigates?

The ‘extreme bodies’ episode was interesting. I entered a ‘bikini fit’ competition for the show — I was surrounded by girls who looked perfect and I thought I looked horrible. I was quite happy with my body before then. Afterwards, I got a bit obsessed with going to the gym, which I found surprising.

Had you entered a beauty competition before?

No, I never went down that route. I was asked to take part in a competition in Ireland around ten years ago and they said they’d fast-track me to the final. The person I spoke to gave me the impression I wouldn’t have to do the heats — but you never know what’s true or not. With beauty competitions, there are lots of reasons people might win apart from how they look. With the competition in the programme, I really didn’t like feeling dissected on stage and wouldn’t do it again.

What were the challenges of that competition?

They wanted muscle tone but didn’t want you to be completely ripped. I’m health-conscious and I’ve found a good routine with training and what I eat. I didn’t like being told I could only eat chicken and broccoli six times a day and I didn’t want to mess with my metabolism. 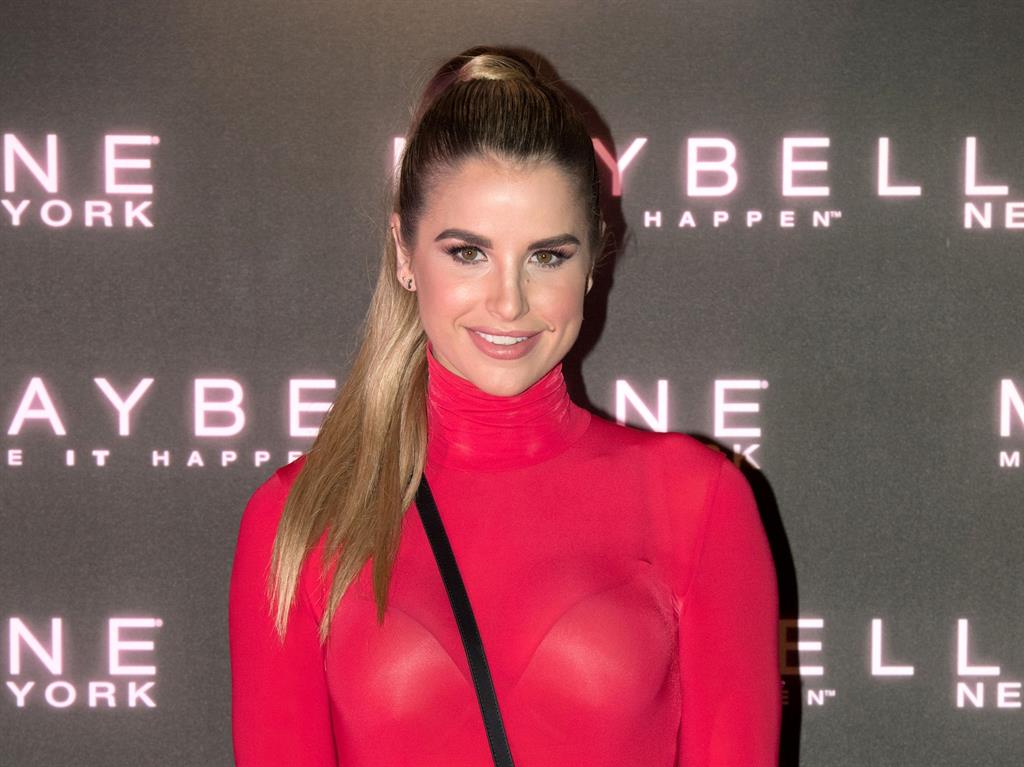 One of the shows is about online abuse — do you get much of that?

Not really — but I do get quite a bit in comments in newspapers. I know the advice is ‘don’t look at the comments’, but you sometimes can’t stop yourself. And my mum loves sending me them. She’ll say: ‘You won’t believe what they’re saying about you.’

Has your degree in quantity surveying ever come in handy?

I’ve got degrees in quantity surveying and construction design and management. They came in handy when I did a placement as a site engineer building a school. They were also useful on Mission Survive, when we had to build things. One day I’d like to project-manage the construction of my own house. I find it fascinating. I’ve got books about bridges, which I find very interesting.

Are there any interesting bits of quantity surveying trivia?

Quantity surveying was a bit boring, to be honest — I’m not a numbers girl really. But I enjoyed working as a site engineer. The boys told me they’d let me have a go in the digger but locked me in for an hour. There was a lot of banter. They let me go up the top of the crane, so there were good bits.

You injured your knee on The Jump — how is it now?

I had the operation a couple of weeks ago and I’ll be off crutches soon. The surgery wasn’t essential but because I like skiing and bungee jumping I wanted to do it so I could get back to normal.

Do you regret doing The Jump?

No, I had an incredible time. I know it gets bad press because of the injuries but it’s a sports show and people do it because they’re really into it. I learned so many new skills. It’s one of the best things I’ve done.

Are you still canoodling with Spencer Matthews?

Me and Spencer are very good friends.

Would you want to do Made In Chelsea?

He’s not in Made In Chelsea any more. I once did a reality show like that in Ireland and I don’t like putting everything about my life out there on a plate. I wouldn’t like to do that but I would love to do The Jump again.

Who came up with your name?

My mum says my grandmother heard someone in a shop being called Vogue, which gave her the idea, but I think it must have been someone asking for the magazine because I don’t think there were that many people called Vogue in 1985 — so I don’t really know where it came from.

Do you have any unfulfilled career ambitions?

I’d love to do more TV in the UK. I love doing documentaries but I’d like to present more programmes. I really like what Emma Willis and Davina McCall have done with their careers — they do a great job.

Vogue Williams Investigates in on Wednesdays at 10pm on Quest Red