RUSSIAN president Vladimir Putin yesterday postponed a nationwide vote that could allow him to extend his leadership due to the worsening global threat of coronavirus.

The ballot, on changes that include scrapping a constitutional ban on Mr Putin running again for president in 2024, had been planned for April 22.

But Mr Putin said: ‘The absolute priority for us is the health, life and safety of people. Therefore, I believe the vote should be postponed until a later date.’ 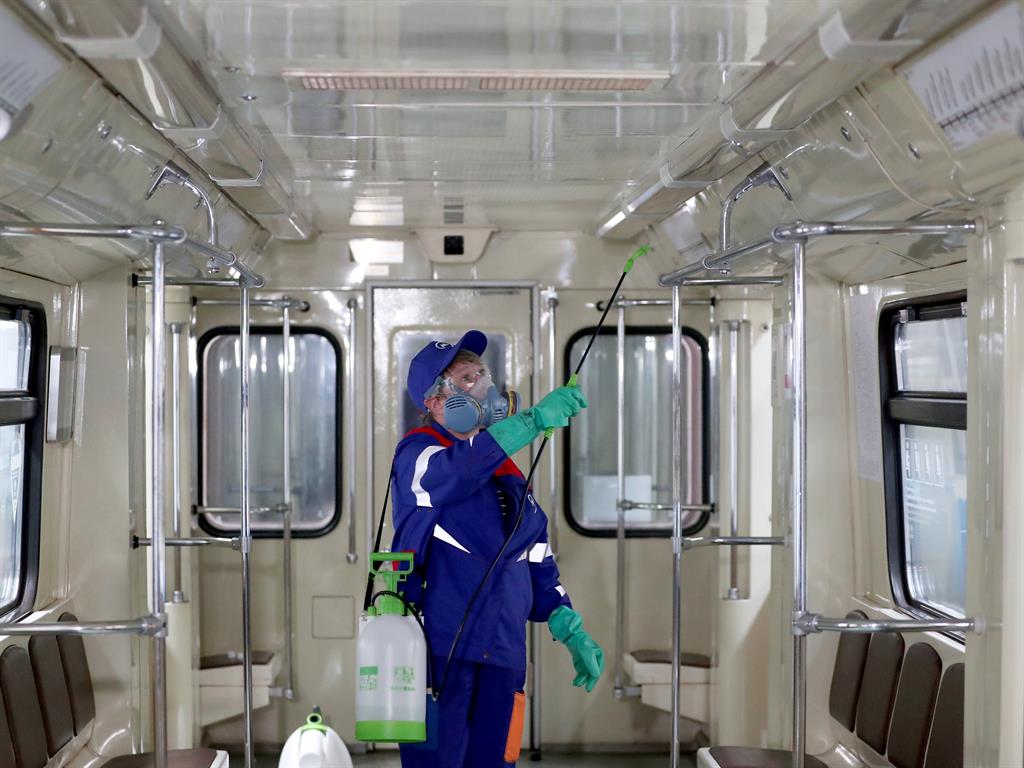 In his televised address, he added: ‘We see how severely the coronavirus epidemic is developing in the world. In many countries the number of cases is continuing to grow — the whole world economy is under threat.’

The president had previously played down the extent of the virus in Russia and state media had even suggested Britain might have been behind the outbreak in Wuhan, China, in order to claim glory for finding a cure.

But, as the number of coronavirus cases in Russia climbed to 658, Mr Putin was seen touring a hospital on the outskirts of Moscow.

He has also ordered the army to carry out drills to increase its readiness to fight Covid-19.

The exercises, running from yesterday to Saturday, include specialist medical units and nuclear, biological and chemical protection troops.

New rules have now been introduced in the capital, with food shops, banks and household services remaining open. But events and free public transport for the over 65s have been suspended.

Critics of Mr Putin’s vote said the proposed changes were a constitutional coup. If approved, the 67-year-old former KGB officer, who has dominated Russia’s political landscape for two decades, could rule until 2036.