A NEW wave of protests ended in violence yesterday as thousands of pro-democracy supporters took to the streets of Hong Kong.

Police fired tear gas after some demonstrators hurled bricks and smoke bombs, breaking a rare pause in the clashes that have continued over the six-month- long movement.

In the largest of three rallies, the waterfront on the Kowloon side of Victoria Harbour was packed with demonstrators, from hardened masked protesters in all-black outfits to families and the elderly.

Two earlier marches appealed to US president Donald Trump for help. Waving American flags, protesters marched to the US consulate to thank him for signing legislation supporting their cause and urged him to sanction city leader Carrie Lam. 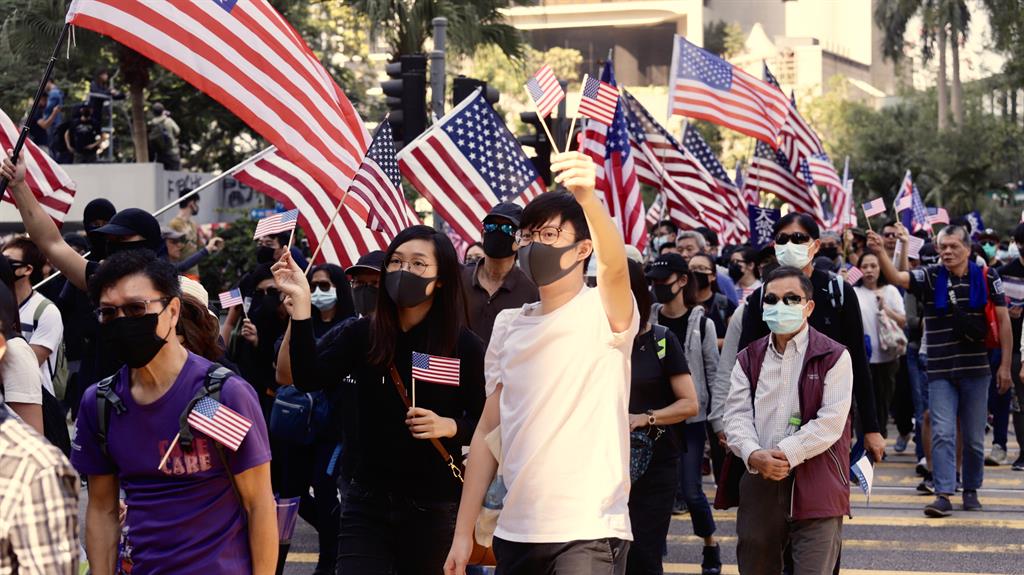 Lily Chau, 30, said: ‘If we don’t walk out, the government will say it’s just a youth issue, but this is a problem that affects all of us.’

Meanwhile, Beijing accused the UN high commissioner for human rights, Michelle Bachelet, of emboldening ‘radical violence’ in Hong Kong after she called for an inquiry into alleged police brutality.