KAMALA HARRIS has accused Donald Trump of a ‘bold abuse of power’ after he was taped urging an official to ‘find’ thousands of votes for him.

The US vice-president-elect said she could hear ‘the voice of desperation’ as Mr Trump asked Georgia’s Republican election chief Brad Raffensperger to help reverse his defeat to Joe Biden.

‘It was a bald, bald-faced, bold abuse of power by the president of the United States,’ she told supporters in Georgia. 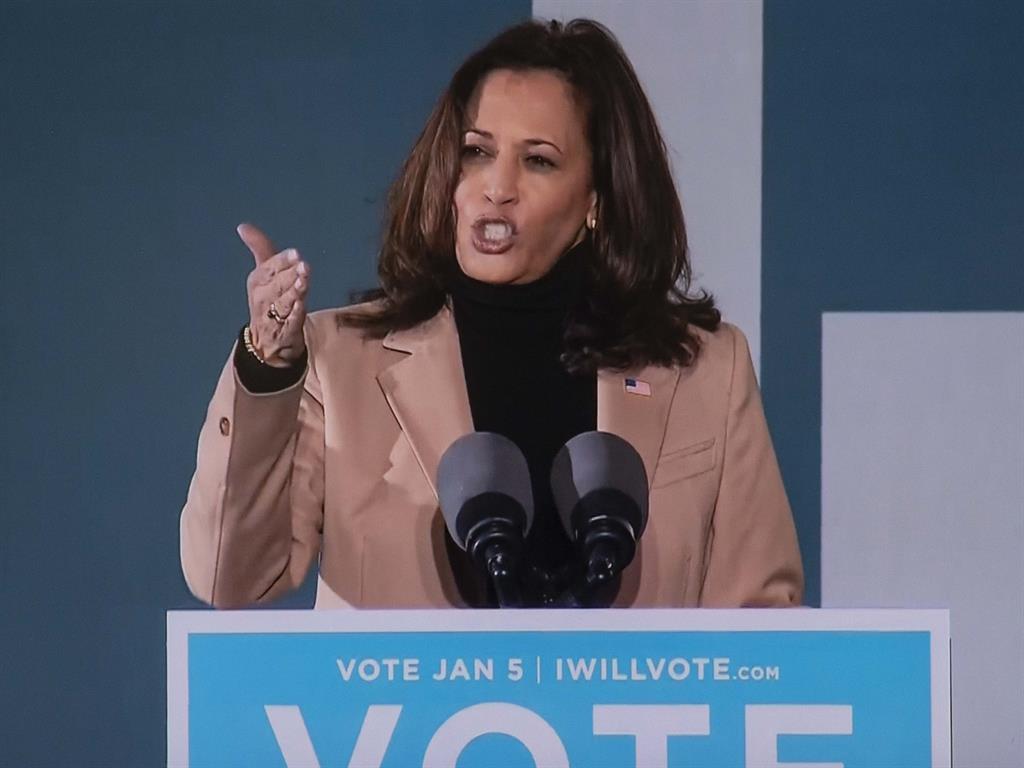 Mr Trump, who has made unfounded claims of election fraud by Mr Biden’s Democrats, said in the taped call: ‘I just want to find 11,780 votes, which is one more than we have. Because we won the state.’

Some lawyers believe he may have broken federal law by attempting to fix the result. But after the recording was obtained by The Washington Post, he tweeted yesterday: ‘How can you certify an election when the numbers being certified are verifiably WRONG.’

Meanwhile, a ‘run-off’ election in Georgia today will decide the fate of its two Senate seats. The Democrats need both to control Congress and prevent Mr Trump’s Republicans from blocking Mr Biden’s agenda.

The new president and Ms Harris are due to be sworn in on January 20.

■ JOE BIDEN’S inauguration as US president will include a virtual parade ‘to celebrate America’s heroes’, organisers said. After being sworn in on January 20, Mr Biden will also receive a socially distanced military escort to the White House, to provide ‘historic images’ without ‘large crowds’.