VEGAN activists formed a barrier around the meat aisle of a Waitrose supermarket yesterday in protest at the number of turkeys being slaughtered for Christmas.

The Direct Action Everywhere (DxE) group walked into the Brighton store with placards saying ‘Humane murder is a lie’ and ‘Their bodies, not ours’, while carrying flowers for the dead animals being sold there. 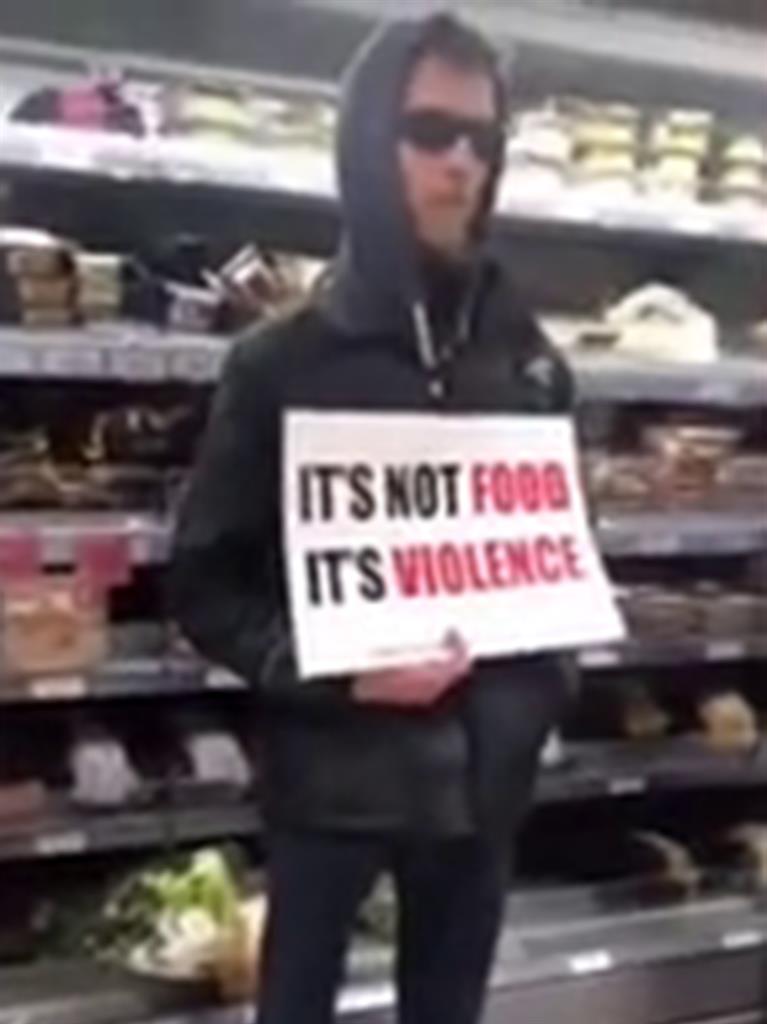 A protester with a loud-speaker said: ‘Around 10million turkeys are slaughtered this time of year so they can end up on your Christmas table.’

The store’s security could not convince protesters to leave and had to call the police. They left after officers arrived, chanting: ‘It’s not food, it’s violence.’ The group continued to protest outside the store.

Waitrose said: ‘We pride ourselves on exceptional animal welfare, with our turkeys farmed to high standards at farms we know and trust.’