Bottas (pictured in action, above), who is set to start Sunday’s race from the back of the field following an engine change, ended the first action of the weekend half-a-second clear of Red Bull’s Max Verstappen.

The red flags were issued in the final moments of the session after Vettel, who travelled overnight to Abu Dhabi following the birth of his third child, hit the barriers.

With just two minutes to run, Vettel lost control of his Ferrari through the slow-speed right-handed Turn 19 before sliding backwards into the wall.

The German (below), 32, sustained slight damage to the rear of his car and was unable to continue. The running was halted to retrieve Vettel’s Ferrari which was taken to the garage on the back of a tow truck. 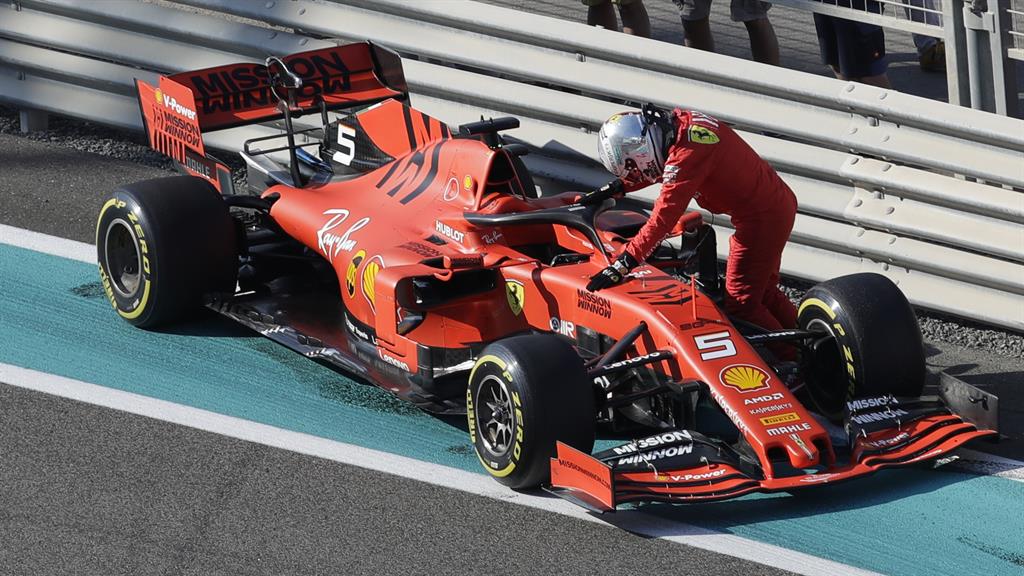 The Yas Marina Circuit plays host to the 21st and final round of the campaign, as Hamilton bids to see out yet another championship-winning campaign with his 11th victory of the year.

The Englishman wore a commemorative helmet to celebrate his sixth world title, while also switching from the traditional number 44 on his car to number one.

Hamilton won here last year and will lead Mercedes’ challenge after Bottas suffered the effects of the oil leak which curtailed his race in Brazil a fortnight ago.