A GOALIE has apologised after he was sent off for a poorly-timed dribble — having a wee during the game.

Salford City’s Max Crocombe was given a red card by the referee for urinating towards the end of the National League North match against Bradford Park Avenue.

One fan is believed to have reported the New Zealander to the police. 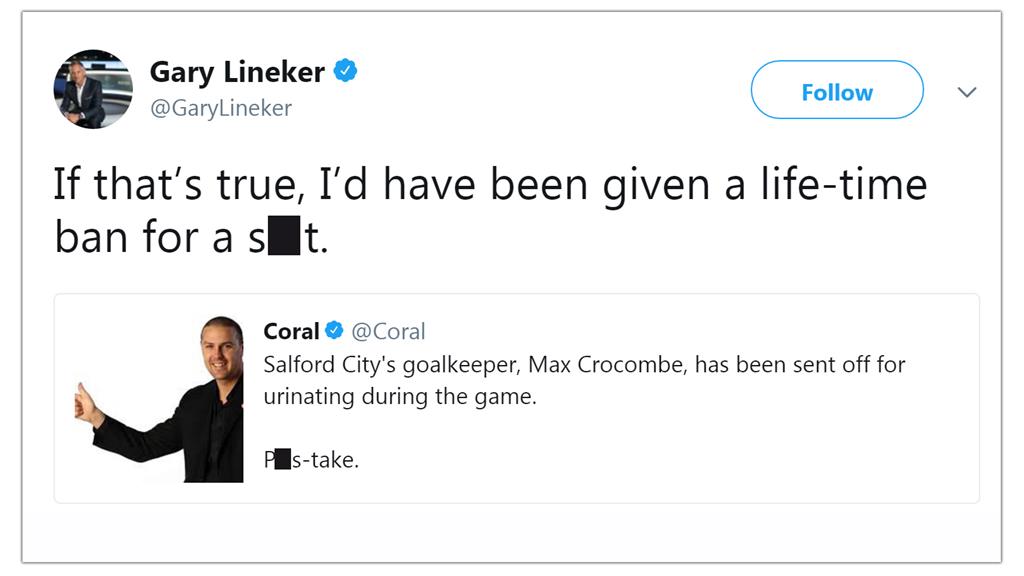 After the match, Crocombe, 24, tweeted: ‘I’d like to sincerely apologise. I was in a very uncomfortable position and made an error in judgement which spoiled a great win.

‘My intention was never to offend anyone and I’d like to apologise to both clubs and both sets of supporters and it won’t happen again. Max.’

After the incident in the dying minutes of the game, Salford City tweeted: ‘Red Card! Crocombe sees red for something off the ball. No one has a clue what has happened.’ Bradford PA club secretary Colin Barker said: ‘He was told by the steward twice not to do it and he went ahead.’

Match Of The Day host Gary Lineker, 56, joked that when he had a poo on the pitch while playing for England because of a bug, he should have been given ‘a life-time ban’.