What to wear: Bangles, beads and glitter

Nestled in the pine hills, a little way off the San José road, Cova Santa is a sprawling dance and restaurant complex, built over a natural system of underground caves. In recent seasons, the popularity of the venue has soared, mostly thanks to WooMooN, an authentic hippy party that takes place every Sunday.

This mystical event caters for everyone, largely thanks to international DJs like Spain’s Uner and Canada’s BLOND:ISH, who both provide a timeless soundtrack. £26.65, until Aug 26, covasanta.com/woomoon

What to wear: Abstract prints 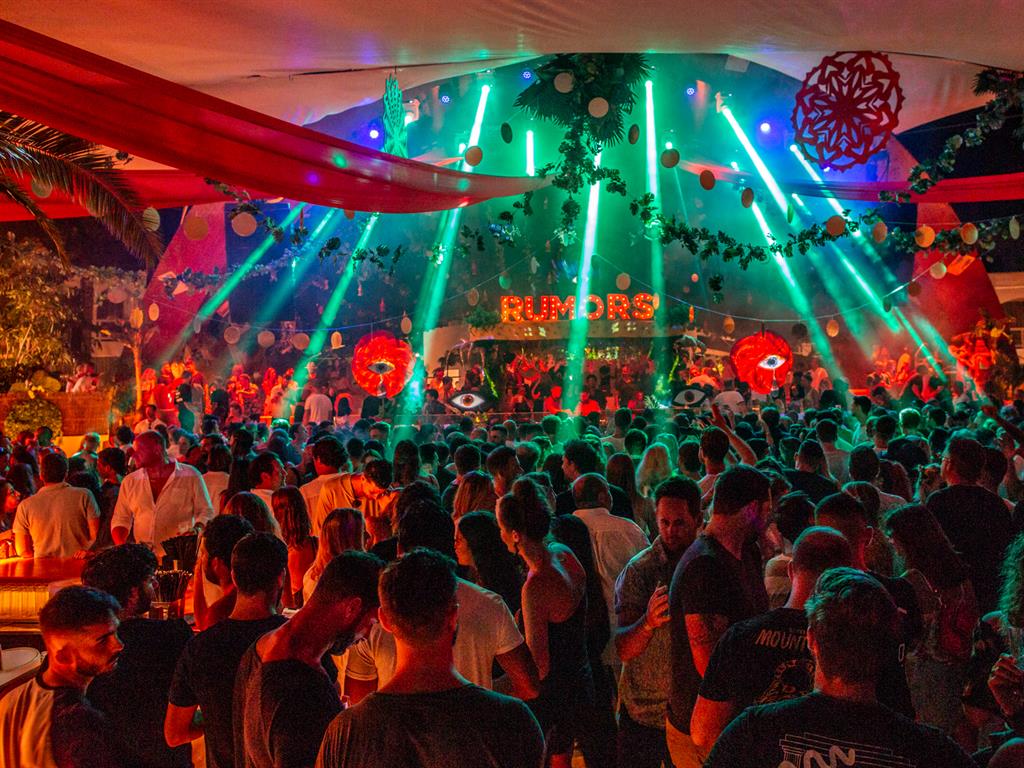 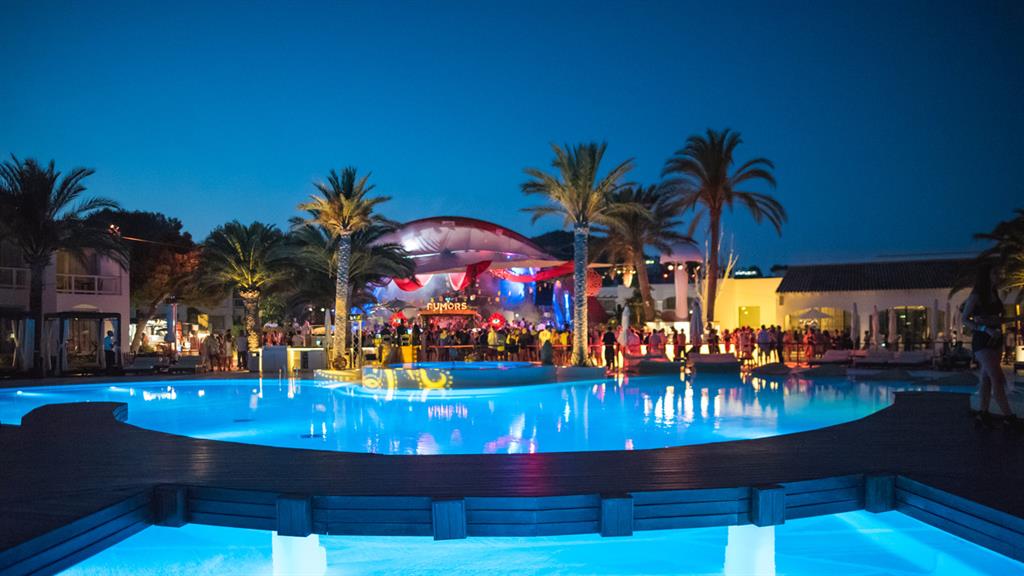 Destino Pacha resort is hidden away in the hills above Talamanca beach, just a short drive from the hustle and bustle of Ibiza Town, which makes it feel like it’s in a completely different time zone to Ibiza’s superclub scene. All you can hear at the pristine white beach club overlooking the Mediterranean is the wind — except on Sundays, when Israeli superstar DJ Guy Gerber holds sway over Destino’s festival-sized soundsystem. Gerber’s Rumors parties are free and curated for discerning music fans. Book a daybed and a massage and stay for the party. Free, until Sep 30, ibiza-spotlight.com/night/promoters/rumors

What to wear: Anything from tailored shirts to hot pants 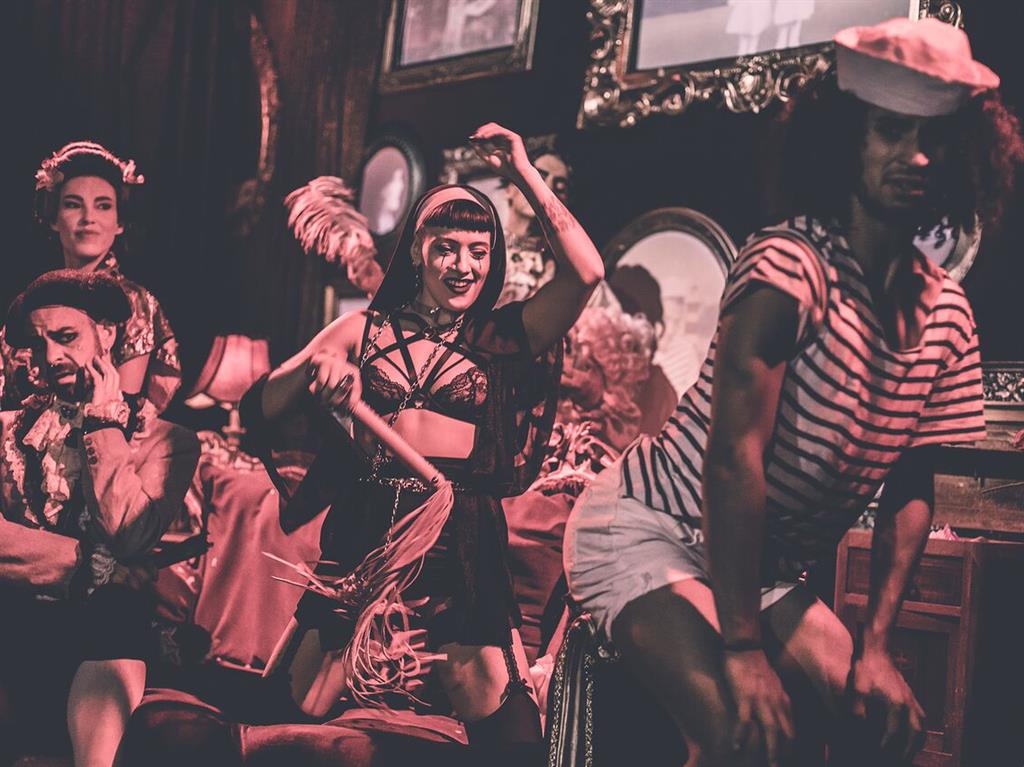 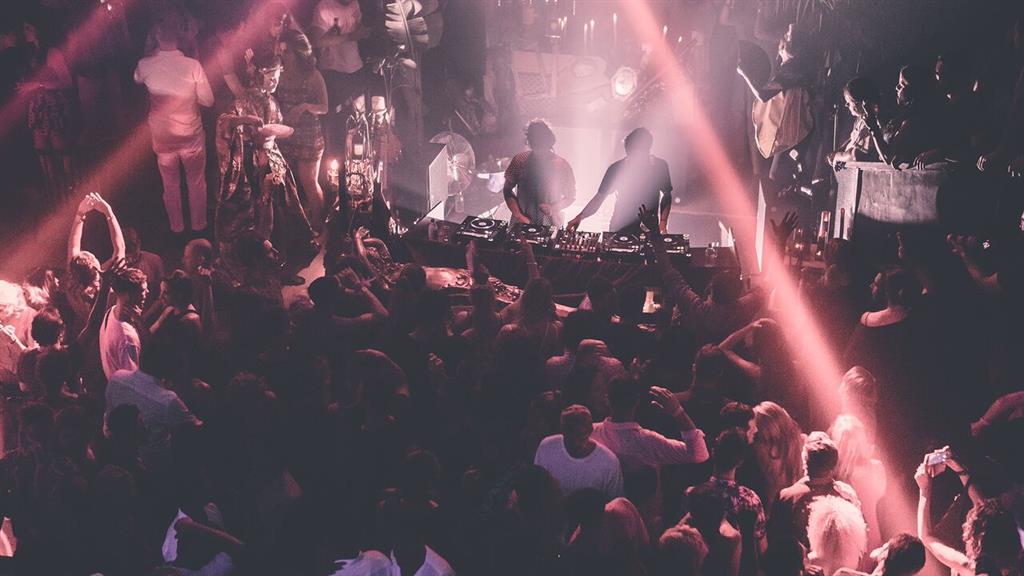 With a capacity for around 1,000 clubbers, post-midnight partying at Heart feels as personal as it does refined. Architecturally the venue (which is located in front of the bustling Marina Botafoch) looks part disco, part Dubai, yet the crowd and the staff are reassuringly down-to-earth. Especially on Sundays, when New York City DJ duo Bedouin host their weekly Saga party here. Don’t expect epic drops and excruciating noises at this one. Instead, Bedouin’s sacred take on deep techno comes infused with bongos, flutes and jangling sitars. £30, until Sep 30, heartibiza.com/events/saga

What to wear: Cut-offs and fringing 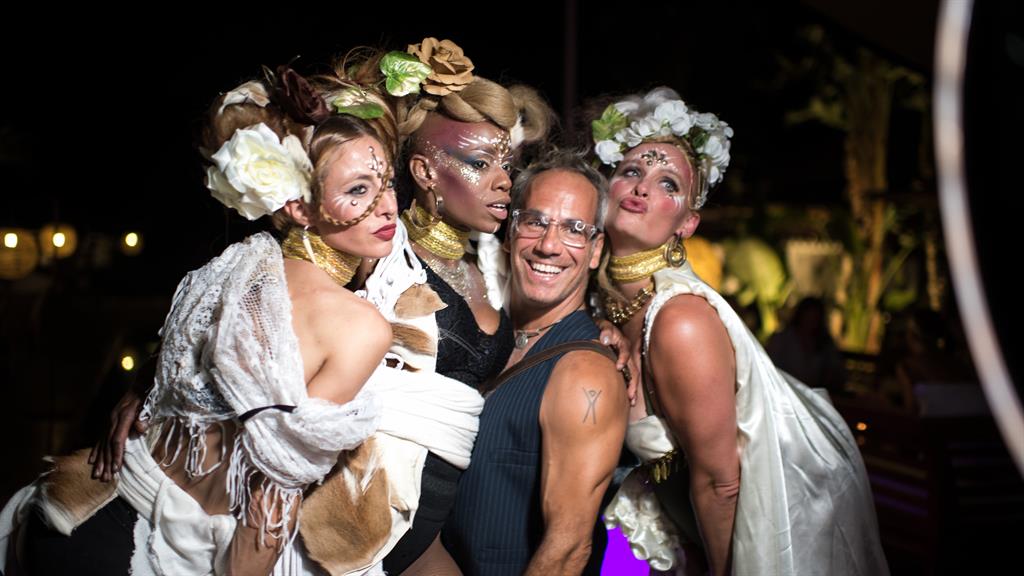 What to wear: Handstitched electric kaftans and T-shirts 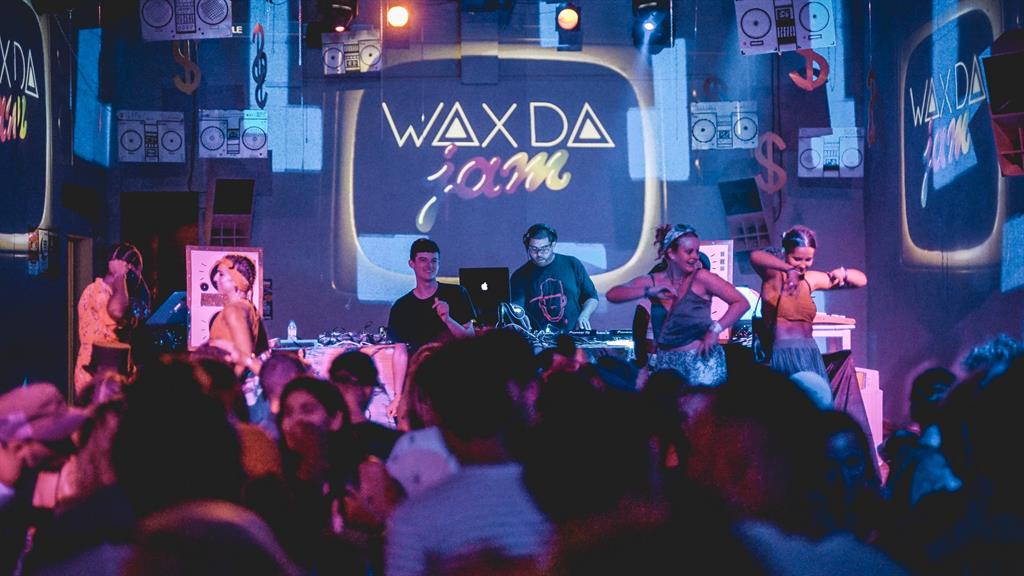 Las Dalias, better known as the home of Ibiza’s world famous Hippie Market, is actually Ibiza’s oldest nightclub. The venue is quaint and typically Balearic, which makes it the perfect setting for George Evelyn’s unique Wax Da Jam party. The music fun begins outdoors at 8pm in the low-lit courtyard, with live monthly recitals from downtempo mega-act Nightmares On Wax. Order a seafood platter from the on-site restaurant, then, after dark, head inside to the intimate club room. £22.20, Aug 16 and Sep 6, ibiza-spotlight.com

What to wear: Crochet and a feather boa 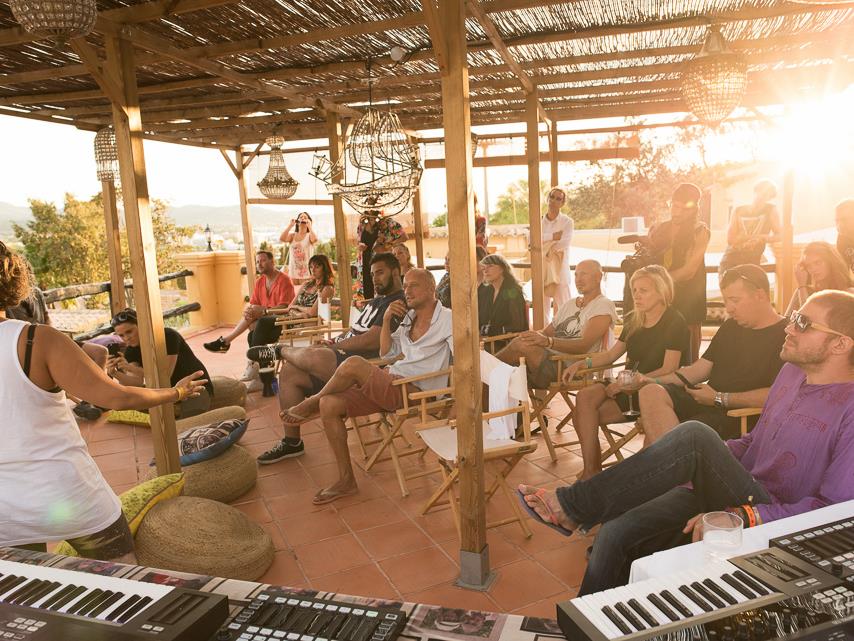 Dance parties promoting health and wellness are very much in vogue but many promoters are simply jumping on the bandwagon. Cosmic Pineapple at Pikes hotel in San Antonio, however, is the real deal. Start your chakra-themed afternoon practising yoga, pilates and tantra in the on-site geodome, where specialists like integrative hypnotist Morgan Yakus will transform your thoughts and expand your world view. In the evening, grab a quinoa burger from Room 39 restaurant, then catch top-tier international DJs like Josh Wink and Cassy performing beside the infamous ‘Club Tropicana’ pool. Free entry with charitable donation, Sep 6, cosmicpineapple.co.uk

Take a ferry to Formentera 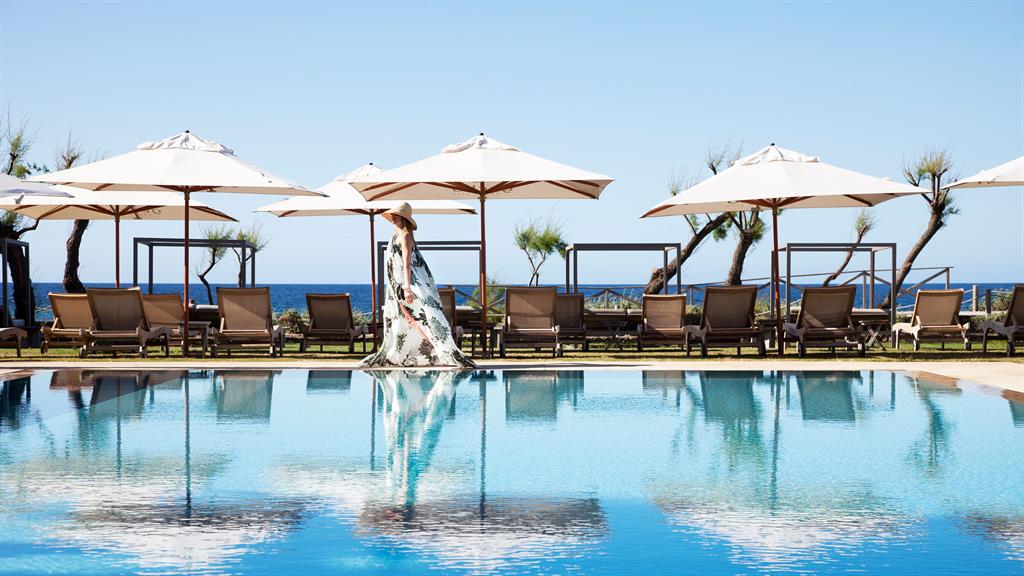 With its prime position on Playa Migjorn, a recent revamp and a promise to be plastic-free by the end of 2018, Gecko Hotel & Beach Club is one of Formentera’s hottest properties this summer. The 30-room hotel has rooms offering a mix of sunset and sunrise views, free morning yoga six days a week and a sea-blue lobby complemented perfectly by a gold-hued palm-tree lamp. From £208 per night, including breakfast, geckobeachclub.com

The best way to enjoy Formentera’s translucent waters and rocky coves is to bob about by boat. Sa Barca de Formentera has a collection of local wooden fishing boats that range from small and simple with cushion-strewn sun decks, to slightly larger four-bed vessels with small kitchens. From £230 per day, sabarcadeformentera.com

See the sun off for another night with a drink and a dance at Blue Bar, so-called for its blue walls, tables and chairs. Oh, and it also has an alien theme (why not?) with special ‘alien shows’ every Tuesday and Friday. It’s something of a Formentera institution and has been sitting on a sand dune on Platja Migjorn, which stretches for five miles, since the 1960s when Bob Marley and Jimi Hendrix reportedly popped in. bluebarformentera.com 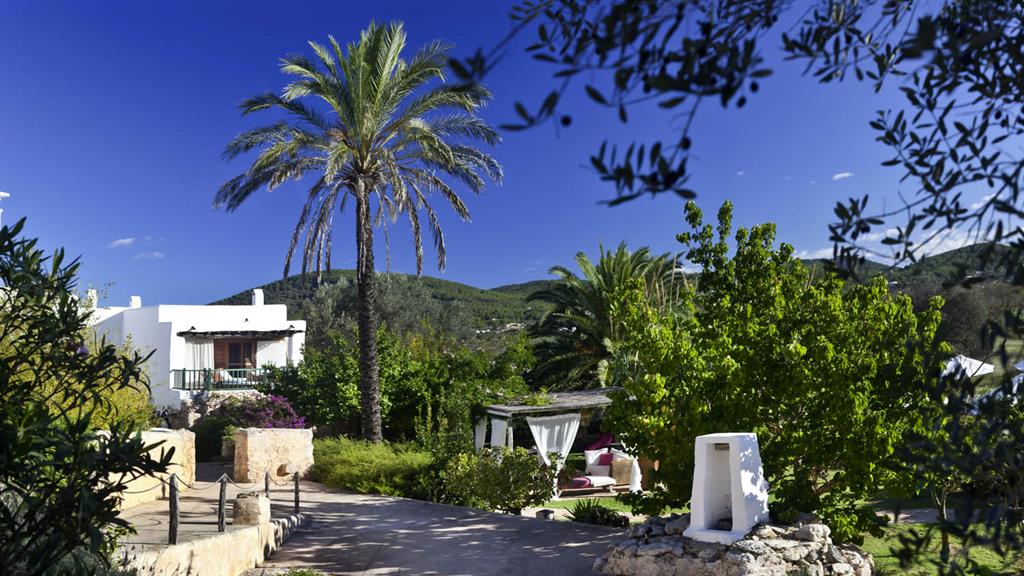 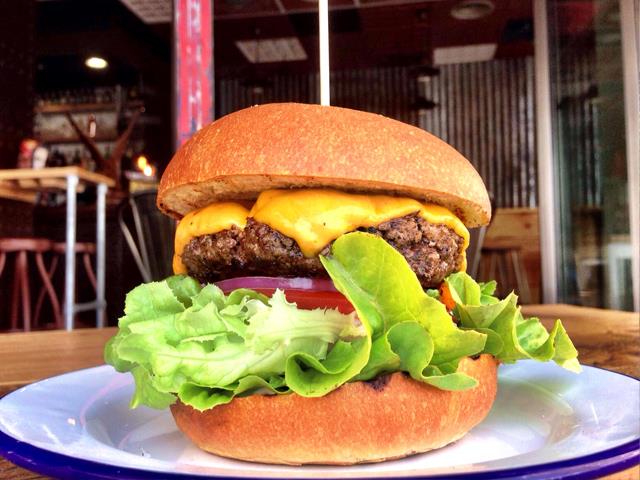 In the Santa Eulària outskirts 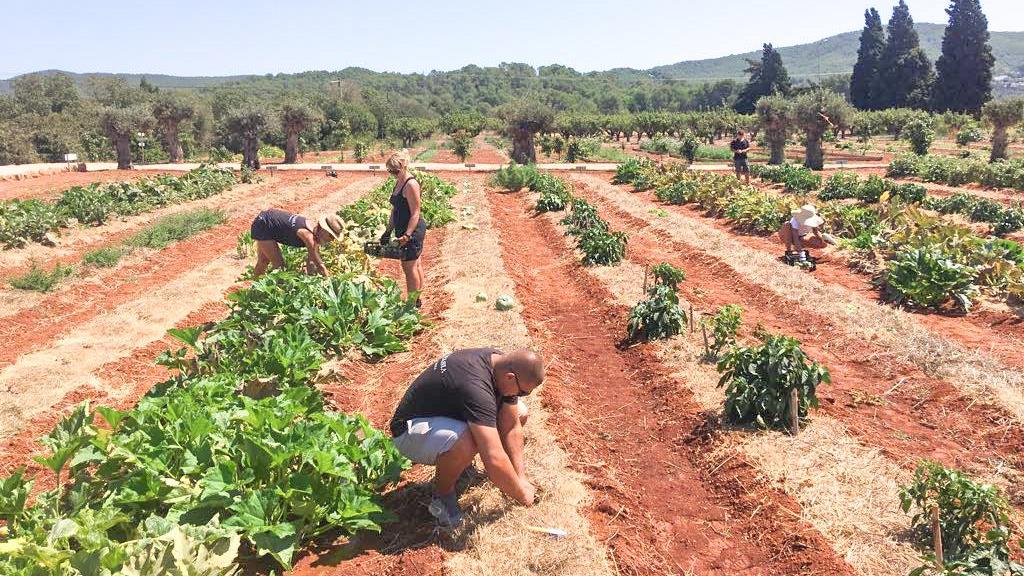 The organic farm has a food market and private dining experiences. terramasiaibiza.com 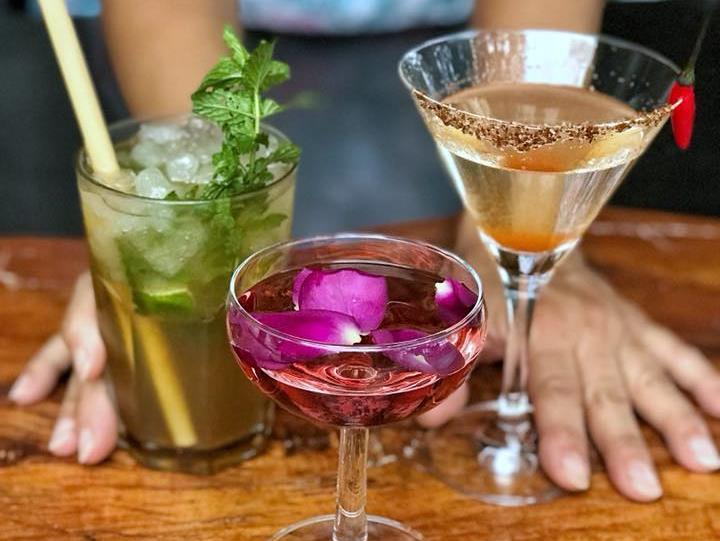 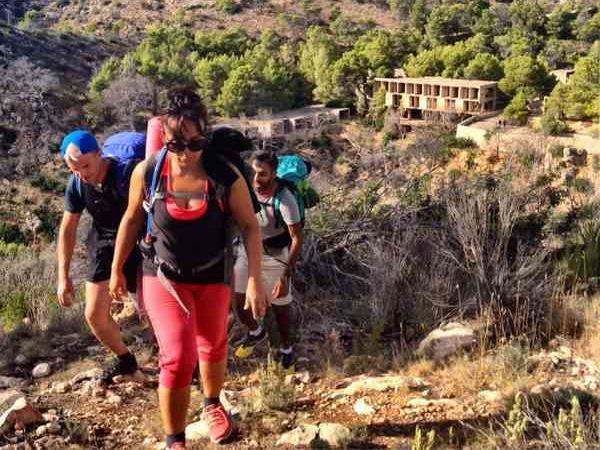 Offers guided walks around the island that reveal its healing powers. walkingibiza.com. Selected by loveibizanow.com