OLEKSANDR USYK warned he has Anthony Joshua in his sights after beating Derek Chisora to close in on a world heavyweight title fight next year.

Joshua was in attendance at Wembley’s SSE Arena on Saturday as Ukrainian Usyk used his superior footwork, speed and ring craft to extend his unbeaten professional record to 18 victories. 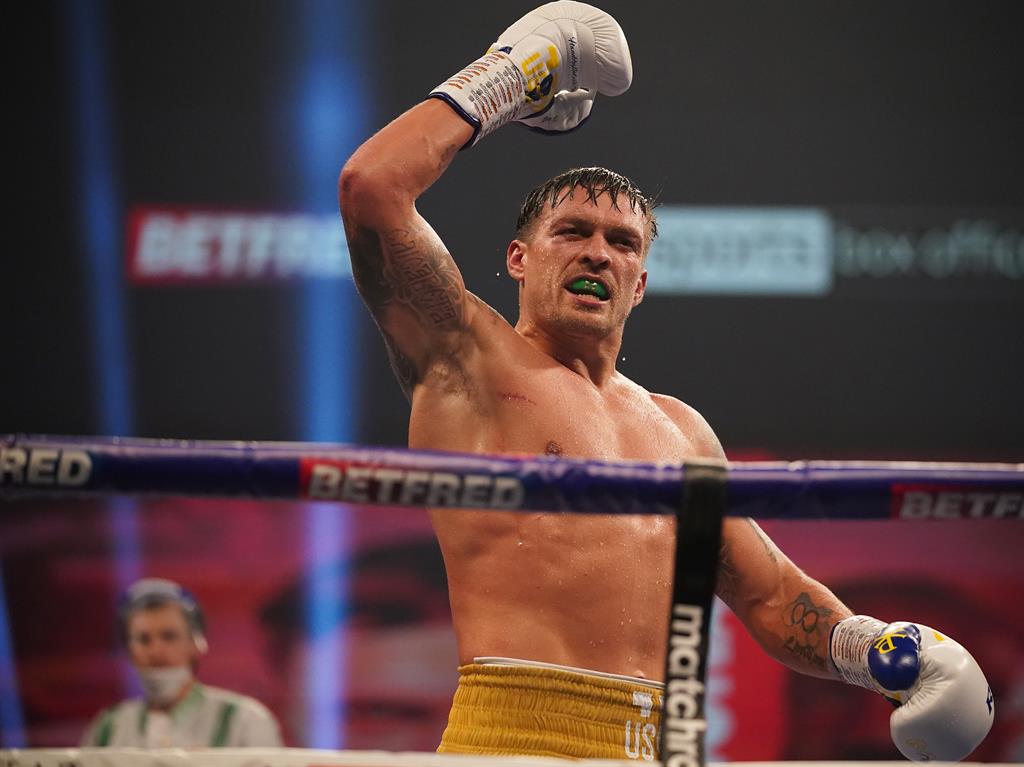 The former undisputed cruiserweight champion gave away almost 40lbs in weight and survived a testing opening couple of rounds before gaining a unanimous decision with a 115-113 verdict and two of 117-112 on the judges’ scorecards. The win cements 33-year-old Usyk’s position as the mandatory challenger for the WBO title currently held by Joshua, who defends that belt and his IBF and WBA crowns against Kubrat Pulev next month.

Joshua has agreed in principle to fight WBC heavyweight champion Tyson Fury twice in 2021, but Usyk looms large on the horizon after his points win in what was only his second fight in boxing’s blue-riband division.

Joshua may have to relinquish his WBO strap in order to face Fury and promoter Eddie Hearn said: ‘AJ wants to fight Usyk but his focus is on fighting Tyson Fury.

‘If that fight can’t be made he will 100 per cent fight Oleksandr Usyk.’

Chisora started brightly but the slick southpaw sent the Briton to his tenth defeat in 42 professional outings.

Usyk added: ‘He has big power and big, strong punches, but I was prepared for it.’