LARGE crowds of drinkers enjoying the hot weather gathered outside bars and restaurants in Soho, central London, at the weekend, sparking fears over the spread of the virus.

Streets that have been closed to traffic were overflowing with revellers heading into the West End — echoing ‘out of control’ scenes a month ago when lockdown was lifted.

‘We’re in the middle of a pandemic and it is unacceptable for these scenes to continue,’ Westminster city councillor Pancho Lewis warned.

‘It’s beyond the pale to ask the Soho community to put up with them.’ The Soho Society urged authorities to ‘get a grip of the situation’.

In Cornwall, residents said they have become ‘scared’ to leave their homes amid huge influxes of visitors.

Some coastal resorts were described as ‘Benidorm on steroids’ as people travelled from across the UK in search of a staycation.

Vicky White, of Newlyn, said: ‘It makes me very uneasy to go out with my two young children. The pavements have been bustling.

‘It is sad for residents to not be able to enjoy where they live.’

Tina-Marie Lally tried to visit popular Porthminster Beach in St Ives but shared photos on Facebook of the golden sands packed with people and windbreakers. 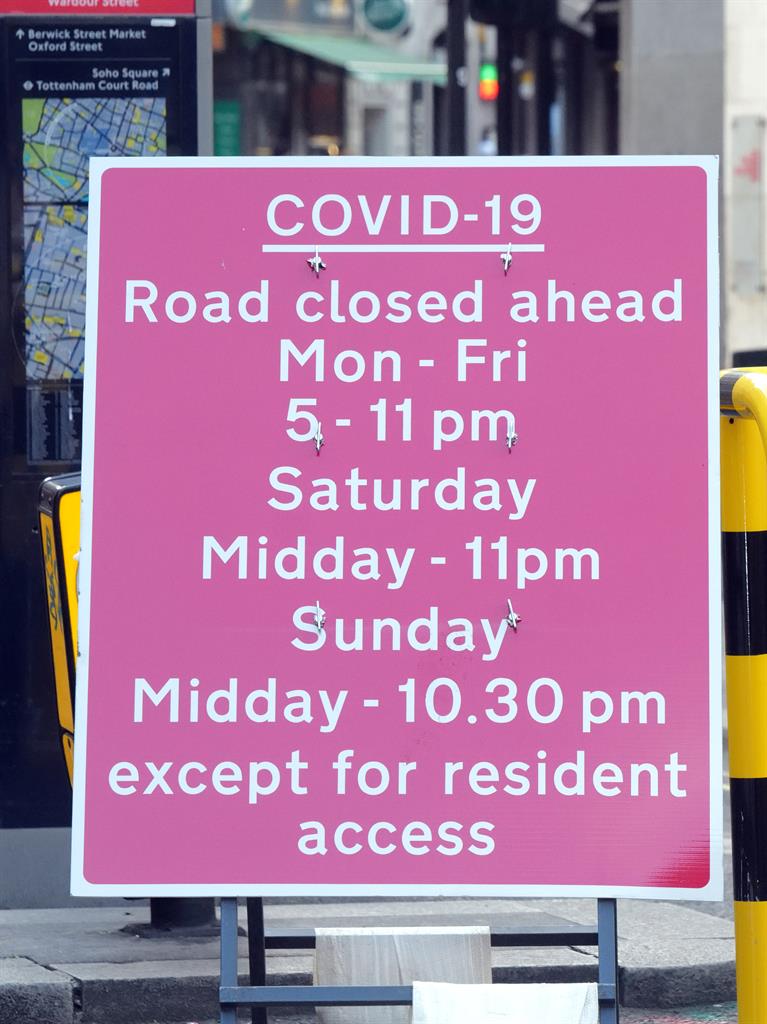 Ms Lally, from Penzance, wrote: ‘I think it’s safe to say we will be avoiding our beautiful beaches for the next few weeks. Cornwall or Benidorm? We don’t know anymore.’

Malcolm Bell, chief executive of Visit Cornwall, said the tourist board was trying to strike a balance between keeping people safe and rebuilding Cornwall’s economic prosperity.

‘For locals, it probably feels very busy. But if you look at it from above, you can see that people are keeping apart,’ he said.

‘I’ve known it to be busier — but that’s without the need for social distancing.

‘There’s about 150,000 visitors holidaying here at the moment — which for this month is probably 15 to 20 per cent down because of capacity constraints.’