DONALD TRUMP has been mocked after he apparently altered a weather map to back his claim that Hurricane Dorian would hit Alabama.

The US president wrongly said on Sunday that the state was expected to be in the path of the devastating storm. 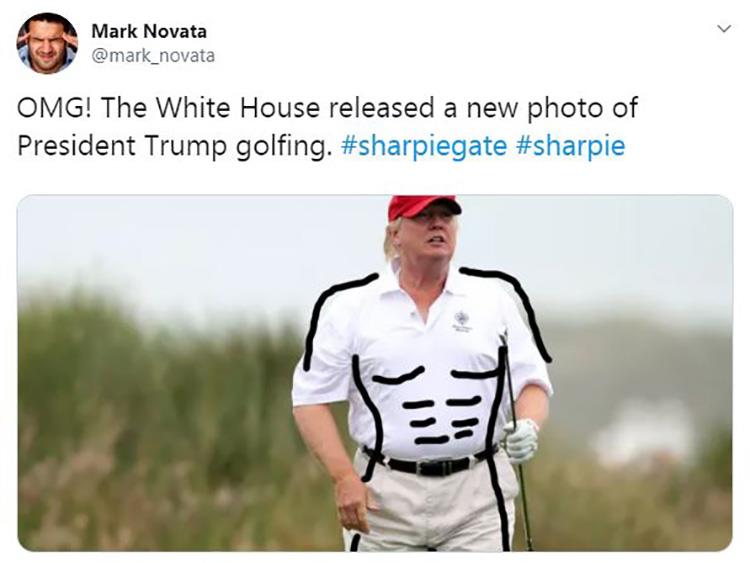 After forecasters issued a denial that it would pose a threat so far west, he denied misleading citizens.

And at a briefing on Tuesday, he appeared with a map of the deadly storm’s predicted path that had been crudely altered with a felt-tip pen to show it passing over Alabama. 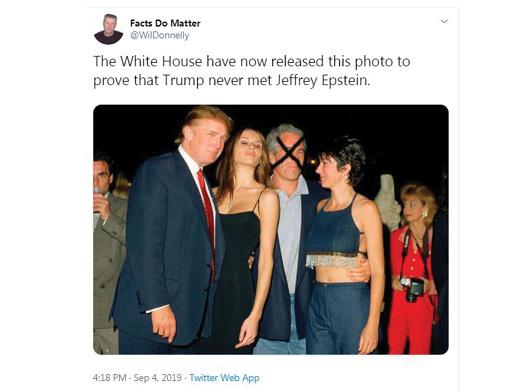 White House officials declined to comment when asked if he had drawn the black semi-circle himself. 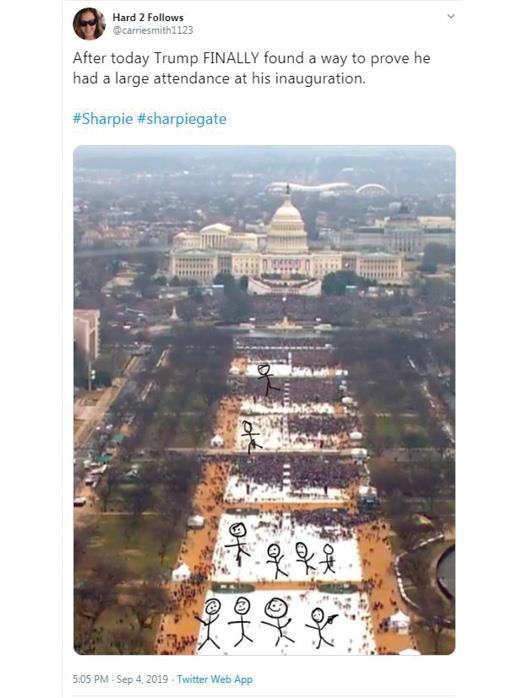 But critics on Twitter had little doubt and posted spoof images ‘adjusted’ by Mr Trump. They included a picture of him on the golf course with bulging muscles and stick men swelling the crowd at his 2017 inauguration. One wag used the infamous photo of Mr Trump beside Jeffrey Epstein in 2000, but with the paedophile crossed out.

Mr Trump insisted in a tweet: ‘What I said was accurate! All Fake News in order to demean!’ In the US it is a crime to ‘knowingly issue’ a false forecast.