A MUM who killed her twins at Christmas has twisted the knife by sending her mother-in-law a ‘twisted’ letter, according to her ex.

Samantha Ford was sentenced to 10 years in prison for manslaughter after admitting to drowning her 23-month-old twins Jake and Chloe in the bath on Boxing Day last year.

She then drove her car into the back of a lorry in an apparent suicide attempt.

Ford will be in the Trevor Gibbens Unit, a mental health facility in Maidstone, Kent, until she is deemed fit to go to prison.

Now their dad, Steven Ford, has hit out after his former partner was allowed to write a letter to his mother from the unit, blaming him for the deaths and calling him a ‘sicko’.

He said: ‘The UK failed justice system strikes again. The murderer who killed my children has sent a twisted letter to my mum.

‘Trevor Gibbens Unit in Maidstone should be ashamed for letting this happen. The injustice continues.’ 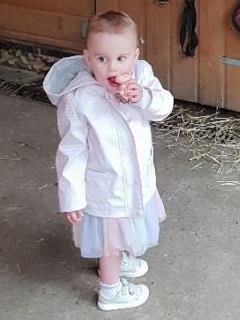 Mr Ford added: ‘I’m talking to the police and the unit to see if we can prevent this from happening again.

‘My mum is absolutely distraught by this. It’s made her ill. She’s been crying all day.

‘The letter is her blaming me for the death of my children. Blaming my mum for not supporting her and she calls me a sicko and says my behaviour is disgusting.

‘It’s further proof she is a narcissist. She says she won’t return my children’s belongings to me, which her family have, and that she will not make the divorce easy.

‘Not once does she say sorry for what she has done.’

Mr Ford last saw his children on Christmas Day before letting them go to their mother’s house.

The two had separated a month before as Mrs Ford had been angry about leaving her affluent lifestyle in Qatar for Kent.

In court, Mr Ford said the killings were the ‘most heinous, spiteful act on two innocent children’.

He said: ‘I have no doubt [she] did this with the intention of taking her own life and punishing me in the process.’