THIS wasn’t meant to be a funny interview. I’ve arrived in a London hotel to talk to Killian Scott and Sarah Greene about eight-part series Dublin Murders, a dark and disturbing crime thriller that’s set to draw the winter nights in tight around our fevered imaginations over the next four weeks, so I’m expecting furrowed brows and actorly intensity, not laughter.

Then again, it’s amazing what showing people photos of your kittens can do to lighten the mood. It’s not a tactic I’d generally use but my first question goes down like tumbleweed, if tumbleweed got the giggles.

‘What can we tell you about Dublin Murders without giving it away?’ reconsiders Scott, a cheeky smile already threatening to explode into a full-blown guffaw.

He shoots a look across at co-star Greene, who has a scowl on her face. It turns out she’s desperate to take her glamorous shoes off. Fashion statement dispatched and feet swung up on the sofa, her face brightens.

‘Pretty much nothing,’ she cheerily responds. ‘This is going to be a good interview!’ And they both crack up.

The chemistry between the pair is tangible, though their off-screen wisecracking is the polar opposite of the tortured relationship they endure as Rob Reilly and Cassie Maddox, detectives drawn together by a case that carries distressing personal memories for both of them. Adapted by Agatha Christie specialist Sarah Phelps from Tana French’s bestselling Dublin Murder Squad novels, the mood is bleak and intriguing, as much an examination of how we confront our own history as it is a regular whodunnit, though it doesn’t fall short in that department, either. It’s a story that relies heavily on secrets — so how do the two of them stack up as secret keepers?

‘People rarely tell them to me — they know I’d be hopeless at keeping them,’ admits Scott.

‘I can see that,’ Greene teases. ‘Whereas people tell me things all the time — I’m a good secret keeper.’

It’s clear this is a (working) relationship where opposites attract because Scott, a world away from buttoned-up police commissioner Augustus Dove, who chilled the soul in Ripper Street, also holds his hands up when asked who’d make the better real-life detective.

‘Not me, for sure,’ he says. ‘I’m too gullible. But Sarah would be really good, she’s into all that side of it.’

‘I think I would be good, actually,’ agrees Greene, who fans of cruelly underrated Penny Dreadful will recognise as Hecate Poole. ‘I love putting all the pieces together and making them fit. I’m usually pretty good at working out who the killer is.’

So did she work out who did it in Dublin Murders? Silence. Giggles.

This could be irksome but Greene, 35, and Scott, 34, have such an affable energy about them, it’s easy to ask them pretty much anything. Such as, have you ever been mistaken for the other Sarah Greene?

‘Sarah Greene from Blue Peter,’ says Greene. ‘It can be so disappointing for them when I turn out not to be. We’ve never met but a funny thing happened. I was doing The Cripple Of Inishmaan on stage and I got a card from her saying she’d seen it and really enjoyed it, which was nice.’

‘You could pretend to be each other,’ jokes Scott, who has a bit of name-game business of his own to explain, given his real name is Cillian Murphy.

‘That was never going to work, was it?’ he laughs before embarking on a hilarious and baffling tale of mistaken identity at a fancy hotel in which he singularly failed to convince that he wasn’t the Peaky Blinders star. The suspicion lingers that he might not have tried too hard. ‘And I changed the “C” to a “K” so I didn’t get all that “Sillian” business. No one wants that.’

While a lot of actors interviewed together give a load of ‘love you/love you’ gush, Greene and Scott are relaxed enough to josh about their roles.

‘You just have to light a cigarette and look traumatised,’ Greene taunts Scott about his portrayal of anguished Rob — a bit harsh given he pulls off the accent challenge that is an Irish actor playing an English character who is originally Irish. 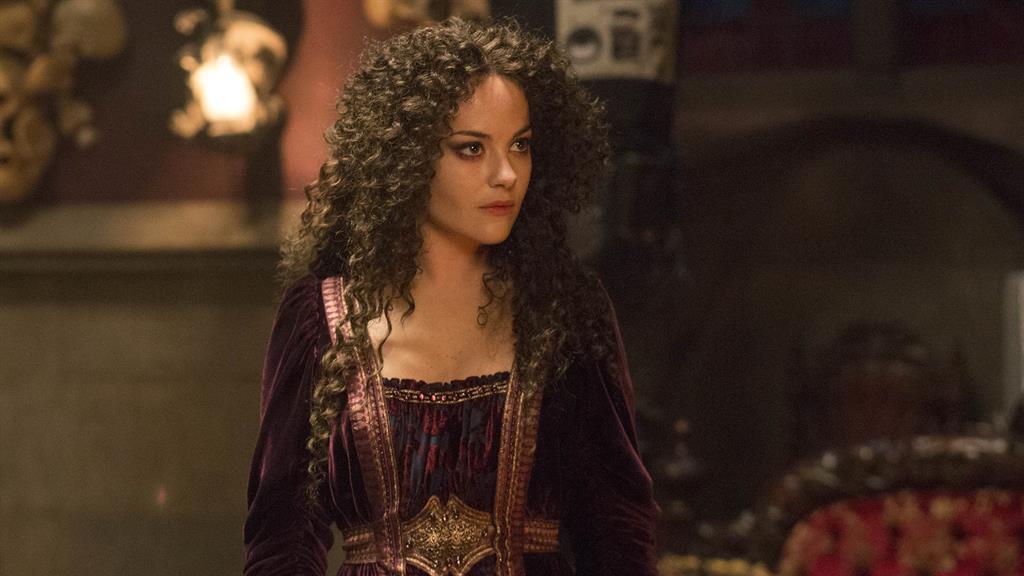 ‘Oh, the cigarettes,’ he sighs. ‘For the first two weeks that was an indulgence but three months in and 40 cigs a day… I was screwed.’

And though their own dynamic works, they quickly agree on favourite detective duos, nominating Matthew McConaughey and Woody Harrelson in True Detective and Olivia Colman and David Tennant in Broadchurch as top of the cops. The choice of Broadchurch is interesting given how the jury is out on whether that show got the ending its characters deserved. Does Dublin Murders have a good ending? Scott gives it his best serious face.

‘I think so — the end surprised me, at least,’ he says and Greene nods an agreement that implies ‘say no more’. Kitten pictures, anyone?

■ Dublin Murders starts on BBC1 on Monday at 9pm